So your anniversary’s coming up and you want to do something original and loving. A candlelight dinner is nice but hardly outside the box. A bouquet of flowers is also sweet but rather clichéd.

What’s a creative spouse to do? Read on.

Say it to music!

Nothing is more romantic than writing and singing a song to your sweetie. If you’re more inhabited, let CustomSong.com do it for you. You supply the feelings, the personal stories, the details and they’ll create a custom song using the musician and style (hip hop, easy listening, jazz, etc) you choose. Delivery is guaranteed in two weeks. Cost: $199.

Put a spin on tradition

Granted this one takes planning and shekels, but it’s cool and tied (loosely) to traditional gifts associated with each anniversary. Here’s how it works: Say it’s your sixth anniversary, which is linked to candy. Who wants another box of chocolates? Instead, take a weekend in Hershey, PA. For the 25th, which is silver, go to a town known for its silver-making, like Taxco, Mexico (pictured). You get the picture. Celebrate the stodgy traditions in a much more romantic way.

Throw yourselves a wedding reception...

... from the year you got married. For Chicagoan Catherine Davis, 64, planning a wedding party from the year 1982 is a blast from the past. “My husband and I had a tiny wedding with family only,” she says, “so a wedding reception for our 32nd anniversary means we can invite old friends, new friends, parents, cousins, even our daughters who have no idea what times were like when we got married.” Everything she’s planning screams “80’s,” from the food, the music, to the shoulder pads and big hair. (She’s encouraging guests to dress the era.) Seven-layer dip, anyone?

Few things say “romance” like witnessing the official start or end of a day—just the two of you. If it’s the former, take a thermos of hot chocolate and a few croissants to toast the sun’s arrival. If it’s the latter, a bottle of wine plus some bread and cheese are the perfect accompaniments to the sun’s daily farewell. Go somewhere secluded so you can be alone for one of nature’s most awesome feats.

Announce your love to the world

We’re not talking billboards or bus stops. (Those cost bucks.) This is as simple as calling into the radio station you both listen to, requesting the other’s favorite song at a certain time of day and adding a message of love. (Cost: $0) Make sure to tell your honey to be listening at that time. What the heck, tell everyone you know.

Tap into the power of touch

No, not each other—that’s later. This is about booking a couples’ massage. Dim light, aromatic candles, soft music, two massage tables, and individual massage therapists, so neither of you has to “wait your turn.” Heavenly!

Maybe a trip isn’t in the budget on this anniversary, but that doesn’t mean you can’t enjoy the thrill of another city—or several. Hazel Lane offers armchair travel through their “Cities in a Box.” Always wanted to see Portland together? Order the Portland box for $69.95 and you and your honey will receive locally sourced products (food, drink, clothing, accessories, handcrafted items) and can spend time learning about the Portland scene. Or, if you’re feeling more adventurous, sign up for their City of the Month Club and receive a new city box near the first of each month. Twelve months: twelve new cities—all from the comfort of your side-by-side recliners.

She loves doughnuts from that special bakery across town. Buy her an assortment of personal faves. He‘s always wanted to skydive. Make it happen. There are few more loving gestures than showing you actually HAVE been listening all these years.

Romantic Grandpa Greets His Wife At The Airport 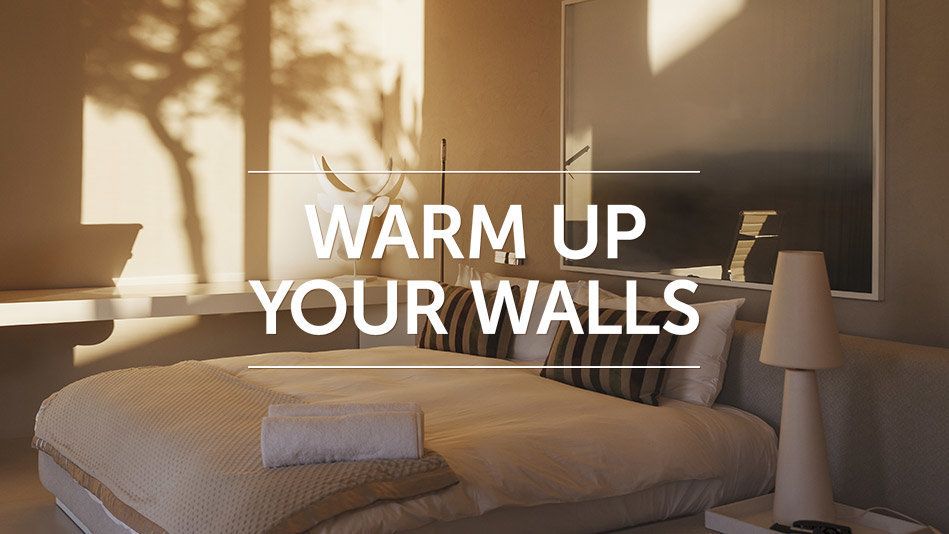 1 / 8
Red may be the unofficial color of love, but in your bedroom, it can be a libido-killer: A Travelodge study of 2,000 people found that those whose rooms were red had sex the least often, whereas those who <a href="https://www.travelodge.co.uk/press-centre/press-releases/SECRET-GOOD-NIGHT%E2%80%99S-SLUMBER-SLEEP-BLUE-BEDROOM" target="_blank">decorated in caramel tones had it the most</a>. If you're interested in putting this survey's results to the test, try <a href="http://www.benjaminmoore.com/en-us/paint-color/roxburycaramel" target="_blank">Benjamin Moore's Roxbury Caramel</a>, <a href="http://www.behr.com/consumer/inspiration/interior/photo-galleries/colors/brown" target="_blank">Behr's Burnt Almond</a> or, for a more subtle take, <a href="https://www.sherwin-williams.com/homeowners/color/find-and-explore-colors/paint-colors-by-family/SW6117/#/6117/?s=products&p=PS0" target="_blank">Sherwin-Williams's Smokey Topaz</a>.
Astronaut Images/Caiaimage/Getty Images