There is no worse feeling than when you see someone wasting her talent. With what she owns she could change her entire life but instead of doing that, she just surrounds herself with fears, always choosing the safe way to go. But the question is whether she is able to mute her thoughts and recognize the opportunities that are already around her or decode to live her life with negative thoughts keeping the success away? 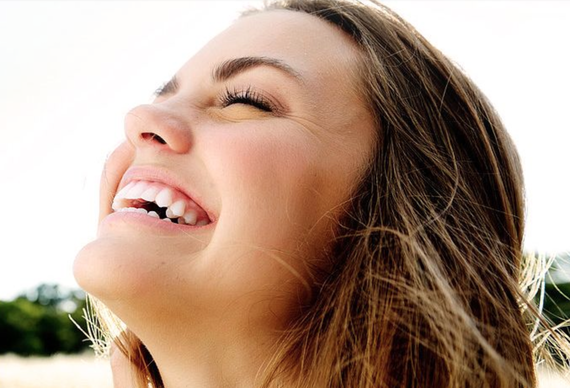 Once you will believe that the thing what matters is not what other people say - -they will say that you are not able to do what you want to and you would just fail as they did. Don't believe it. They have doubts about themselves not about you. They also tried to succeed but they gave up. They believed that it doesn't work right after the first slap they've gotten, while somewhere they also know that if they accept the part of the unwritten contract with all the small letters, everything is going to be fine. That's the part what nobody is talking about, what you might not even read. The pain, the disappointment, all the things you have to give up, the catastrophes that will accidentally happen ... this is all the price of success. Because wherever you see big success you will also see big fails, pain and sadness. But this is still better than living blindly without opportunities and miracles in your life. Believe that you can rewrite your life and you can achieve that nobody believed that you could. They call it impossible while they know that if they would believe in themselves a little bit more, if they wouldn't be afraid of disappointments then everything could be different in their lives too. It's only up to you what are you willing to do for yourself.

I know that we want everything right away and if it still doesn't happen after two months or four years we will be already giving it up. Why don't you make up time limits for yourself? Patience. I was writing my blog through four years without any success at all - and to make it reach the format how it is today, I needed five years. But I am happy that I didn't give up. I knew that good things need time to happen. I wasn't afraid to test out what is working and I was willing to fail. The result is talking for itself.

2. Don't be afraid after failing!

Failing is part of the way. You can not avoid it. Believe me there is no more inspiring story than when somebody fails big but still decides to stand back up. If you find yourself down but you also find the way back up write me immediately, because the thing I am mostly interested about is what can someone get strength out from, what methods are helping for her. Just imagine, if taking other people's stories and your own fails and stand ups you can create a plan, than there is no down point at all that you wouldn't be able to get up from. And if you are down, just check how did other people stand up. Maybe it will help you too.

3. Accept whatever is coming your way and take the maximum out of it!

Accepting anything that is coming - maybe that is the hardest part. I am not telling you to accept that you still have a couple of months staying at the same position you hate that much, but maybe it would be more useful not concentrating on the bad feelings all the time. While you let negativity filling up your days don't wait for reults. Accept that right now you are not able to change the situation and do everything you can the best way. Believe that soon the solution is going to appear too.

Maybe you have huge dreams but sometimes it might be useful just asking yourself if that something would really make you happy or not. Maybe life is giving you something simple, not exactly the thing you were looking forward to, but it happens to see what are you doing with the situation. Be happy if you get less than others because that is what makes you creative. You can change it creating something others would never even think about. This is how you can turn to be unique and special.

5. Accept that you will have to sacrifice certain things!

I know that if something doesn't happen you will say that maybe you didn't even want it that much - even if two weeks before that was all you were able to think about. Obviously there are times when we step on the wrong way and get further away from our dreams, but every disappointment going to clear you the right way a bit more. But there is something else: A lot of people easily forget about it but to improve and get better we also have to sacrifice things and do things we really don't want to do. Nothing comes for free.

6. Don't be afraid that others might think you are crazy!

Yes, I know. You might loose friends, people are gonna gossip about you, they will laugh at you because you believe in something - but at least it makes those people disappear from your life who you don't need to be in there. You also don't need to worry about what is going to happen if you turn to be really successful in something . People tell me stories about how they don't want to gain success because guys avoid the company of successful women. You know, guys might avoid them, men don't. Men need women, not a person who they can put wherever they want or who spends all the money from their credit cards. Success will save you from the weak, will select strong people around you. It will just let the best in. People who are looking for excitement, who are like you, they won't be satisfied with anything, they won't need the regular. So you just don't worry but accomplish yourself.

Saying „I might be able to do it" is not enough, you have to see the life with your inner eyes that is happening after the line. If I can give you an advice, don't name things you want or wish for as dreams. SEE the life you wanna live, FEEL like if you would already acchieved it and if you can, put as many parts of your dream life to the real one as many is just possible. A lot of people will doubt that this plan would work, but if you believe in yourself you will just smile and keep on going. Just those can handle misbeliefe who are secure about their own person.
I will never forget how was I sending my CV to Ustream throughout years just because I was convinced that one day I will be there. I saw myself being there. And how interesting it is that a couple of years later they created a non-profit organization, Bridge Budapest absolutely unexpectedly and I got a chance to pass three monthes in Ustream's office. Don't care that right now you might not have any chance to achieve your dream, something you feel inside of you, because the solution can appear in any minute.

It's logical that for people who stand on the ground with both feet it's hard to explain that miracles exist. They smile one, tell you that „you are living in a dream world" and they continue living their sad lives. But even like this, I believe in miracles and I don't stop telling it to every person I meet with. As I can also prove my opinion with my own life sometimes I can even make people start to think about it who otherwise would never ever do so. I just ordered one of my friends a couple of weeks ago to light a candle before going to sleep. He laughed at me. There were a lot of horrible things happening to him and I told him that lightning a candle would help. I also added that if he still wants to talk to me, he will do it. He did it, because I was so passionate, so he believed to me. The next day he had a good day. So that night he lit an other candle. The following day was good again. This happened already three weeks ago. Since then he is lighting a candle every single night as a superstition. You might think now that it's a stupid idea, but you know.... You can give magic power to anything you want. If you do it, it will work. (The only trick is though that the candle makes you calm and you don't go to sleep being all stressed , thinking about bad things.)

9. Don't care about what other people say!

I hear the following sentence more than often: „People from the industry says it's impossible." But the only thing I can do is just smiling on it. Calling „industry" that couple of thousands of scared people who was never brave enough to step out from their comfort zone is a stupid thing. Just because they didn't have the talent to change or reach what you are wishing for now doesn't mean that it's all impossible. Sometimes you don't even need your talent at all, it's enough being opened, wanting to learn, being excited and hard-working. If you know what would make you happy, if you feel that something is waiting for you, just shut your ears and get deaf. Yes, they are gonna tell you wrong, they will say that you are ignoring reality, putting your head under the ground. But if you don't like what you hear just take it as a period when it absolutely doesn't matter what other people say. Get rid of all the talking that doesn't belong to you and just keep what you are believing in. You can never know: maybe you are the only person who can achieve what nobody ever could do before. When it will be done, you will hear anyways that "we knew that you can do it" so why were they holding you back?"