Business is often about 'exploring the limits of compromise,' as a colleague of mine used to say. This is particularly so if you are running, or contributing to, a company that has been around for a while. 'Legacy issues' can weigh you down.

So just imagine if you had the freedom to create an enterprise from scratch: to take a blank sheet of paper and express your vision and values clearly and without hindrance. Then picture yourself taking that dream to market in a 2015 way.

Chances are that your 'NewCo' might answer what Jon Stine from Intel calls the 'Internet-Shaped Expectations' of customers today: Transparency, Speed, Control, Abundance (the concept of an 'endless aisle'), Interaction (the chance to be both creator and consumer), Bespoke (a tailored experience). And it may also cater to the experience that shoppers want now, according to Kantar Retail: Value, Stress-Free, Efficiency (everything in one place, quick and convenient), Information, Fun.

That would indeed be a company for today. And in many ways it's the company that Jessica Alba co-founded. (Yes, that Jessica Alba, the American actress.) It's called, simply, The Honest Company, from a standing start three years ago, the business turned over US$150m last year, has over 300 employees, and is now valued at over US$1 billion. 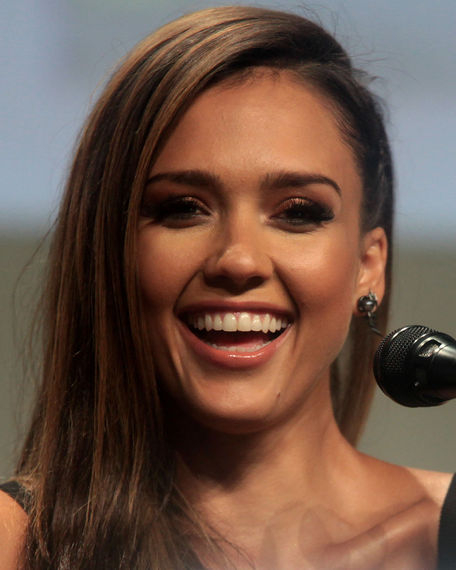 I heard Alba tell her story, along with CEO and co-founder Brian Lee, at SXSW (South By Southwest), the film, interactive and music festival held in Austin, Texas each March.

Like many start-ups, the genesis of The Honest Co. was in fulfilling an unmet need. As a new Mom, Alba developed an allergic reaction to baby laundry detergent, and quickly established that there was a dearth of eco-friendly products available in the market.

So began a mission to provide 'safer and healthier' options for new mothers and their offspring. As the idea took shape, Alba refined her vision. All The Honest Co. products had to be 'Effective, Safe, Affordable, Beautifully Designed and Convenient'. 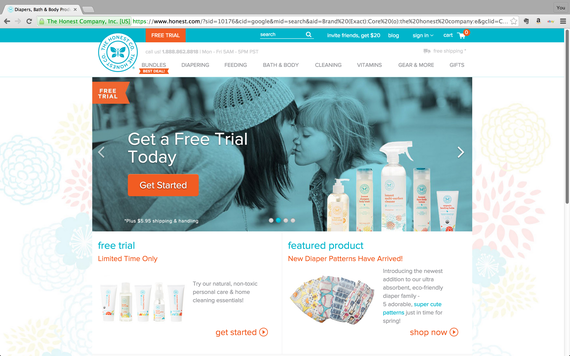 Potential investors didn't immediately embrace the concept. Alba was often asked when she pitched her idea: 'why don't you just make a perfume?' (Because, like, that's what celebrities do, right.) Still, she persisted, and with the help of Lee, honed the pitch and raised the required capital to get the business off the ground. That included US$200,000 to purchase the www.honest.com website address.

Out of interest, the original name for The Honest Co. was 'Love & Honor', after Alba's first-born Honor, but it 'felt really bridal'. The ultimate name was chosen because it was 'simple and transparent - honest is in our name and everything we do.'

The Honest Co. started life online, and that allowed the business to have 'a genuine relationship with our customer' from Day One. They now have over one million fans on Facebook, with a 20% engagement level, so the customer is deeply invested in the business. 'They tell us what they want us to make. (For example), we didn't make a deodorant because we felt like it. Our customer demanded it.' (In terms of other favorable metrics, The Honest Co. has a Net Promoter Score 'north of 70'. That's positive engagement.)

Like many digitally based manufacturers and retailers (e.g. Warby Parker and Bonobos), The Honest Co. has shifted into offline channels as well as online. 'We believe that offline channels work, which is why we are moving that way.' The Honest Co. is now stocked in bricks and mortar outlets like Nordstrom, Target and Whole Foods.

From its original baby steps, and focus on the baby category, The Honest Co. is being nurtured to become a 'lifestyle brand' and aspires to brands like Nike that 'have extended way beyond what they produce.' Customers will soon be able to buy feminine care and beauty products, but they will also be able to buy into the mission of 'creating a healthier and safer world.'

The Honest Co. will still bias heavily towards females though, because that's where the purchasing power is. 'We (women) control over 70% of the household income,' Alba noted wryly, 'so what we say goes.'

Fans of the brand quickly feed back when The Honest Co. doesn't get it right. 'We've made mistakes,' Alba commented. 'But we fixed them. No other company can fix mistakes as quickly as we do.'

Even though Alba and Co. put a lot of focus on their customer, they put even more concentration on their staff. 'Family comes first,' Alba says. They recruit carefully, using the 'airport test' - 'can we be stuck at the airport for six hours with that person?' And then, once on board, they work hard to take care of their people.

The Honest Co. also aims to give back, and to empower women. Every purchase contributes to their 'Honest to Goodness' mission to 'build healthier + safer families', and The Honest Co. invests in a myriad of causes and charities. They also support 'Girls who Code' a movement to 'inspire, educate and equip girls with the computing skills to pursue 21st century opportunities'.

As well as a great business story, it reminded me of what it takes to be successful in business in 2015. And while you can dismiss The Honest Co. as an actor's folly, there is real substance and value there (about US$1 billion in value actually), and useful lessons for us all. Perhaps we all need to push the limits of compromise just that little bit further.

Jon Bird has no affiliation with The Honest Co. He just likes what they do.