Pianist Hélène Grimaud returns to Davies Symphony Hall on February 15 and 16 with conductor Yannick Nézet-Séguin and the Rotterdam Philharmonic. The Sunday concert begins at 7 p.m. and features Brahms' Piano Concerto No. 1 and Tchaikovsky's Symphony No. 5. On Monday night at 8 p.m., the program opens with Ravel's Ma Mère l'Oye (Mother Goose), followed by his Piano Concerto in G major, and concludes with Prokofiev's Symphony No. 5.

I spoke with Hélène Grimaud while she was in Barcelona, the day before she began a brief tour with conductor Leonard Slatkin and The National Orchestra of Lyon. Their program included the Brahms concerto and one of the stops was Hélène's birthplace, Aix-en-Provence. The week before, she had been in Paris playing the Ravel concerto at the Gala Opening of the new 2,400-seat concert hall, the Philharmonie de Paris. Only days before, millions of demonstrators had gathered in the Place de la République carrying signs and wearing t-shirts reading "Je suis Charlie" - a rally of national unity that was seen around the world. The City of Light was charged to the max. The Gala concert, under the direction of Paavo Järvi - and now available in its entirety online - opened with Edgar Varèse's Tuning Up, followed by Sur le même accord (Henri Dutilleux), Fauré's Requiem, then Hélène Grimaud with Maurice Ravel's Piano Concerto in G major. Her performance is utterly sublime. The sound in the Grand Salle is phenomenal. Composed between 1929 and 1931 - another time of radical social change and mind-blowing innovation in the visual and performing arts - Ravel's concerto was the perfect choice for Hélène Grimaud. It's all about energy, reflection, harmonic complexity, and eye-popping beauty. This sequence of events, the synchronicity of it all - the time, the place, and the artist - is a wondrous thing. 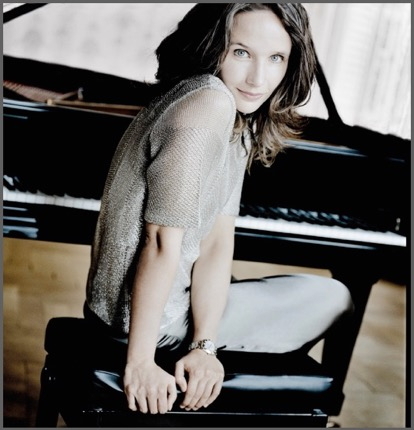 The opening program at the Philharmonie de Paris also included Concerto pour orchestre (Thierry Escaich) and Ravel's Daphnis et Chloé Suite no. 2. "They were trying to keep things on the short side," said Hélène, "to make it not so much of a monochromatic opening event. So, the Ravel was very appropriate somehow. It's so nice to be in a space where you can have a physical experience of the sound - where the sound goes through you and envelops you at the same time. Sound is a vehicle for emotion. So, the more present it is, the more you can receive it physically - which will enhance the experience. That makes all the difference."

Oh, to be in San Francisco (as Browning might have exclaimed), now that Hélène Grimaud is there! A popular guest artist with SFSymphony, I told Hélène of a recent revelation about the acoustical beauty of Davies Hall. The same day she was in Paris for the opening of the Philharmonie, a gala concert celebration was underway for the 70th birthday of conductor Michael Tilson Thomas. Among a multitude of virtuosic performances (including MTT's in a six piano arrangement of Bellini's March from I Puritani), concert master Alexander Barantschik delivered a gloriously transcendent rendition of the violin solo from Tchaikovsky's Swan Lake. At the emotional peak, Mr. Barantschik diminished the volume on the sustained note to a veritable whisper - a sound that pierced the hall and penetrated every soul.

"This can happen in different ways," she responded, "but it must happen. This is what makes a concert hall great. And, of course, there are many different types of great concert halls in the world - not as many as we would like, but they all have that trademark. It's a sine qua non condition. Hearing what you describe that evening, I can only imagine the outpouring of love from the audience and everybody who took part in it for Michael. He is such a wonderful artist and character. It must have been a very special celebration."

Hélène is currently on tour with the Rotterdam Philharmonic playing the Brahms and Ravel concertos. The North American wing of the tour begins in Costa Mesa on February 11 and concludes in Chicago on February 20. Following that, she is continuously booked through June in a series of concerts and recitals throughout Europe and the U.S. There is much information on the celebrated musician, including her passionate dedication to the Wolf Conservation Center, a non-profit organization she founded in 1999. Where does all her energy come from? After watching YouTube videos of Hélène paying the Brahms and Ravel concertos, it was a core question as we spoke. Has it always been true? Born in Aix-en-Provence, Hélène was a teenager when she made her debut in Tokyo and then returned to France to perform with the Orchestre de Paris under the direction of Daniel Barenboim. How did it all begin? How does her adventure inform our country's appalling indifference to music education?

"It's such a trick issue - the question of musical education in the school system, how you get it out there, and how one can compensate for lack of access to it and perhaps to the social environment. I believe the arts are what defines a civilization. In fact, it is what makes a civilization a civilization. It should be as essential as any other discipline - such as mathematics, history, or geography. Unfortunately, that is not the case. Until you expose kids to the arts, they won't have a chance to discover if they are gifted. Even that is not what is most important. The most important thing is that the experience of music is what changes you as a human being. It promotes different brain cell connections that basically help you to expand your brain. Music is something that should be absolutely mandatory. How to go about doing this is still a challenge in the current system."

"I'm very grateful that my parents - though they were not musicians - were open-minded enough and willing to let me explore, to help me find music. Granted, it was at the bottom of their list. It was not the first thing offered to me in an attempt to channel this seeming surplus of energy that I had. And school was not taking care of this for me. It was clear that school was not enough to channel whatever energy I had - which, at first they assumed was physical. That is why I was offered dance and tennis - just physical activities. That didn't do the trick at all. Finally, everybody realized it was mental energy which was not being properly channeled. The physical energy was just a by-product of it. And then music came up."

Hélène was eight when her parents took her to a kind of music education course for very young children. In the large room was a set of drums and a piano. The instructor invited the kids to sing along with what she was playing and to try their hand with the drums to detect if they had a sense of rhythm and how they reacted to various components in the music.

"It was a very basic thing. At the end of that very first session, when my father came back to get me, the woman said, 'I think she should start with the piano because it seems like she has some aptitude for it. She can always switch to another instrument later. But that's a good one to start with. You can't go wrong.'

"There must have been an archangel there," I said, "who pushed you over to the piano."

"Yes, I think that way," said Hélène. "I could have so easily missed out. We have a saying, 'Life holds to a thread.' The idea being that these things are perhaps not coincidences, but just so fragile. It could just as easily not have happened and who knows how it would have turned out. It helps me realize how lucky I was. After that, things developed very quickly. To get back to your question of how does one wind up in Paris from Aix-en-Provence... At that time, the Paris Conservatory was the only national school, the only Conservatoire National Supérieur de Musique in the country. Things were very centralized, always very capitol centric. It was before they opened a second national school in Lyon. So, at that time, once I was finished with the local conservatory, Paris was the only place left to go. I was twelve and lucky enough to have my parents say that this was my calling and to go for it and see what happens." 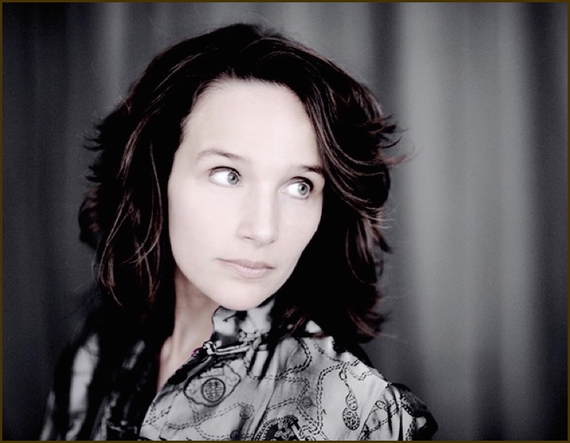 It may happen that Hélène's performances of the Brahms and Ravel concertos will strike the heart and imagination of a young child brought to Davies Hall and perhaps for the first time. Hélène Grimaud is a powerful and beautiful presence on stage. Particularly with the Ravel (and with all the cupids from the Valentines Day/Weekend still hovering about), the sparks of love and inspiration will be flying.

"You're right, the Ravel would be one of the better matches for someone young. There is such kinetic energy to the piece. There is this incredible rhythm, this groove, this self-propelling energy in the outer movements which I think would certainly be attractive to a young mind. What I always love about this music is the contrast with these beautiful - painful, actually - bits of melody already in the first movement, these more lyrical moments with this imbued nostalgia. It's always something that is the memory of pain. It makes it very touching. Then there is the sublime second movement - which is so pure in its form. It is so complex and so sophisticated with that three-four-two rhythm and this constant tension between the left hand and right hand and those unresolved harmonies and harmonic rubbings which take place. And the sophisticated pedalings that one has to use to bring this to full bloom. At the same time, it's over too quickly. It's one of these pieces where you think, 'I want to start again!' It's also very playful in nature and a wonderful showcase for the orchestra. It's a difficult piece for the orchestra. but a wonderful chance to shine for all the soloists in the ensemble. It's also a great work of collaboration. You can really do so much with the exchange in taking the phrase from one another and giving it back. There is a lot to do here!"