"A lot of my work begins with looking inward," artist and self-described gonzo anthropologist Asher Bayne told The Huffington Post via email, "and I am a male Homo Sapien (sic) who is obsessed with man buns."

"In fact, I can't pass by someone wearing one, without yelling: man bun!"

So, naturally, Bayne took his obsession to New York Fashion Week this Saturday, man bun (with majestic pompadour) atop head, and a flowing beard -- another ubiquitous male fashion trend of 2015 -- brushing his kneecaps.

Not to mention his retinue, which included "beard butlers" and a peacock. Why the beard butlers? "If you have a five-foot beard, it takes more than one person to keep the right sheen and texture in the summer heat," pointed out Bayne.

The absurdity of his attire might mark him as a bit of an outlier, even at fashion week, but he argued it's conformity that he's exploring with his performance: "Even when we intend to act on our own convictions, we often instinctively follow the behavior of others, and this can lead to bizarre and even disastrous consequences [...] there is no better place [than New York Fashion Week] to study and provoke a crowd’s 'groupthink' tendencies."

This isn't the first time Bayne has taken to the streets of fashion week; in 2014, he attended bedecked in a 50-foot scarf carried, like a bride's train, by two attendants. "I was surprised by how well I fit in," he said.

This year, he planned to head back with a mission to talk with style-conscious bystanders about their own fashion choices, and new male trends to flaunt. "Imagine passing by a stranger wearing a giant man bun who has a five-foot beard and an entourage," he said. "My security guards will ensure my safety, my beard butlers will keep me well-groomed, my fans will be Instagramming from the best angles with their selfie sticks, and, of course, Dexter the peacock will be with me, too."

His hope for the piece was simple: "If I am successful, I will have picked at my own need to conform and give people a chance to consider their individual decisions. Most importantly, I will have created a spectacle worthy of the king of fashion week."

Did he succeed? Check out the photos of his performance piece below to see for yourself.

All photos by Chantal Adair. See more from Asher Bayne on his Instagram. 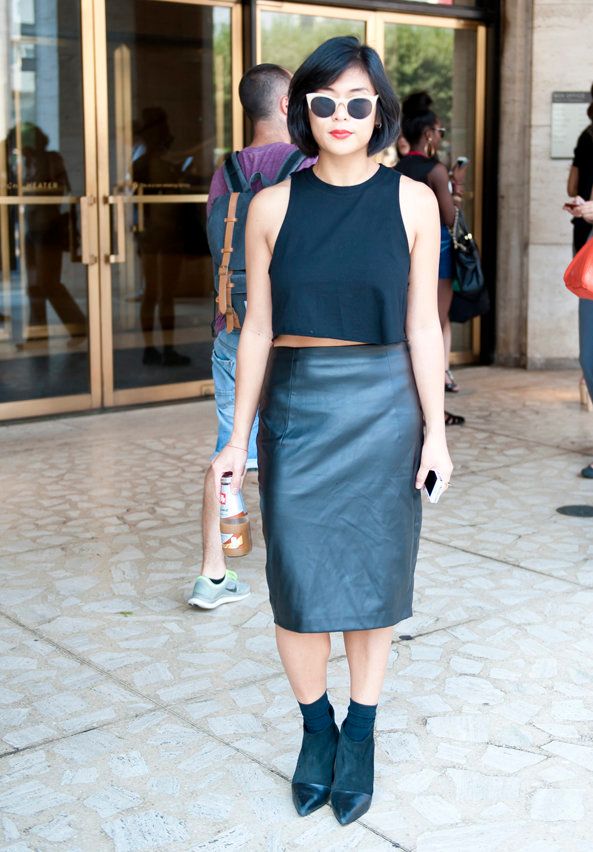