A compelling new photo book recently hit that market that chronicles women who are examining, rethinking and pushing the boundaries of their gender.

I Heart Girl features popular androgynous model Rain Dove and a number of other women stripping down and displaying their bodies in an attempt to showcase their authentic selves as they challenge traditional notions of gender. According to photographer and I Heart Girl creator, Jessica Yatrofsky, "I care a great deal about the body and how it is represented, how we perform gender, the evolution of human equality and why it's the cause of some intense debate. This series captures a moment in time, a collective shift that’s occurring both in women and men as we become a more gender fluid society."

The Huffington Post chatted with Yatrofsky this week about I Heart Girl, what she is trying to accomplish with this project and how it is relevant to our current cultural climate.

The Huffington Post: Talk to me about the overarching concept/vision for this project.
Jessica Yatrofsky: I've always been drawn to depicting the body in my work. I began my art practice as an applied artist, mostly painting and drawing live models and still life and that foundation has shaped the way I approach portraiture. With the I Heart Girl series, I was inspired by the inherent strength and beauty of our bodies, and to work with women to create images that can explore both femininity and masculinity is very intriguing. Androgyny and the "in-between" is a theme that I find very appealing, and I am interested in how we choose to define ourselves as individuals. I have a personal interest in self-expression as a woman and I feel it's important to acknowledge and celebrate the shift in culture as we begin to reexamine and rethink gender. This particular series represents a facet of women of a certain age, living authentically and expressing their gender accordingly. We can call these women "alternative," "androgynous," "masculine" or "feminine," but that doesn't fully capture what I feel the project represents -- which is largely about a human vulnerability that can't be defined and categorized easily.
Who are the subjects in this book? Why did you choose them?
The subjects in this book include close friends, peers, couples, art models and other acquaintances that are self-selected, really. I'm always getting referrals, sometimes in the form of a random email or text message of a person sending me their photo, which I love. My friends enjoy the casting process more than I do. It's rare that I approach a subject on the street but if I'm particularly drawn to someone I go for it! I have a thing for muses, sometimes, too. I'll routinely photograph the same subject. I love repeating a process over and over again with them. When you have the opportunity to reshoot a subject, when you study their body and their face over time, you learn a great deal about a person in a way that is very intimate and sacred when you witness them evolving.
How are you exploring/queering notions of gender through this book?
I care a great deal about the body and how it is represented, how we perform gender, the evolution of human equality and why it's the cause of some intense debate. This series captures a moment in time, a collective shift that’s occurring both in women and men as we become a more gender fluid society. And as a society, arriving at the self-realization that we don't have to accept the gender assigned to us at birth is both radical and beautiful. When I photographed subjects for this series I witnessed this same radical -- but subtle -- individuality and I was interested in capturing these subjects in that state of purity while also retaining an image that they also felt inline with.
PHOTO GALLERY
I Heart Girl
What do you want people to take away from I Heart Girl?

It's important to share ideas that relate to the body, the composition of the form within portraiture and self-expression. For me, this work represents more than a specific group of women -- it represents a look at the current cultural landscape. I am interested in examining the way we think about women and body image and how we perform gender. I Heart Girl is both a meditation on femininity and masculinity, and highlights how we as humans have the ability to express these attributes subtly and perform them as we see fit. That's liberation -- that's freedom.

Want to learn more about I Heart Girl? Head here. 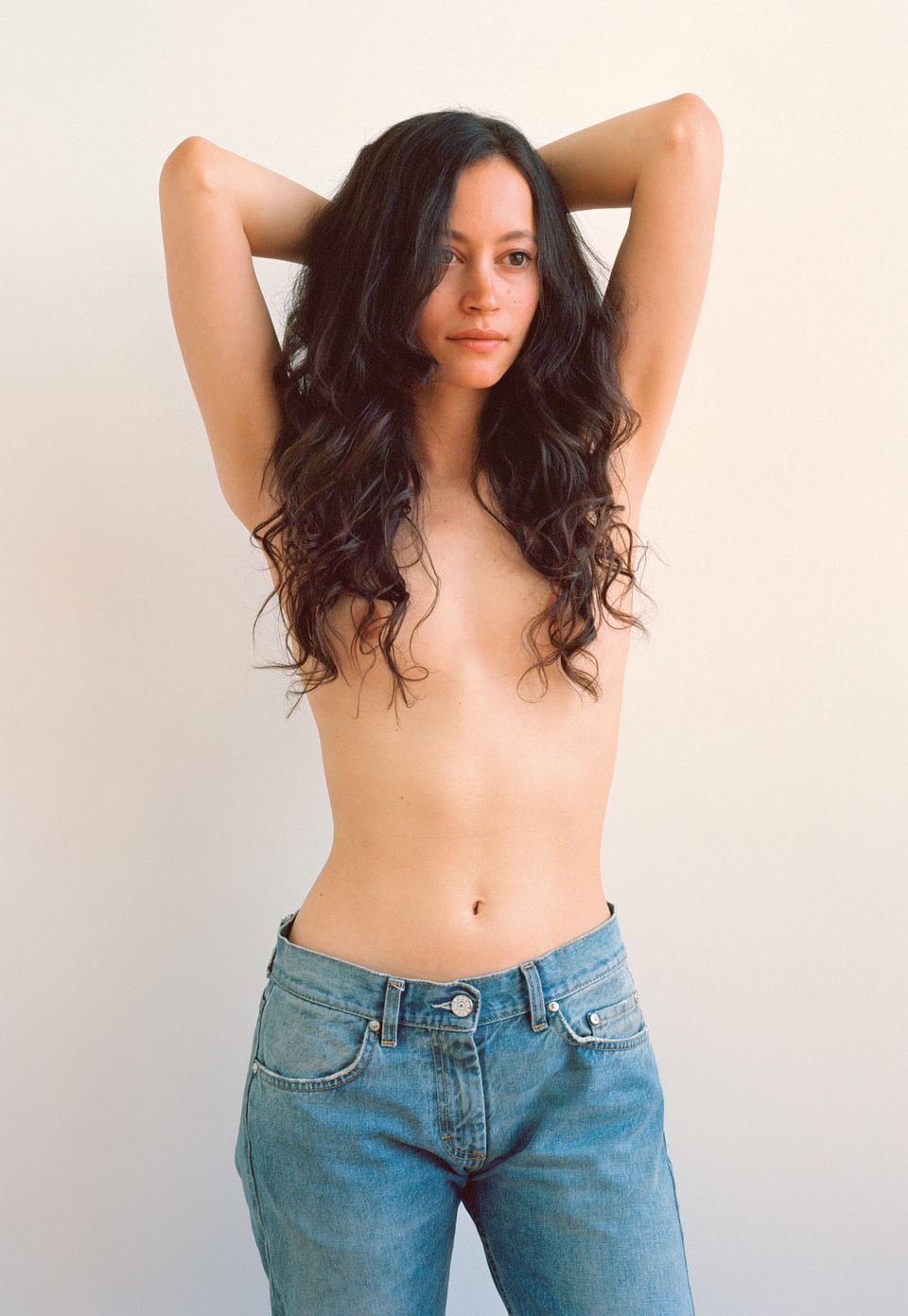