In 1997, a hauntingly beautiful and richly uncommon musical called Side Show opened on Broadway to critical acclaim. The show was based on the lives of Violet and Daisy Hilton, the famous conjoined real-life twins who were headliners and best paid performers in the 1930s vaudeville circuit. The Hiltons also starred in the 1932 cult film Freaks.

Emily Skinner and Alice Ripley played the sisters who desperately longed for love, acceptance and an individual identity while dealing with the constraints of their bodies. They were so convincingly physically connected and synchronized some people actually thought they were somehow glued together. And yet each actress managed to make her character astonishingly unique. As the title of The New York Times review declared, "With Restraint, Illuminating The Freak In Everyone."

In fact, Skinner and Ripley made history becoming the first women to be co-nominated for a Best Actress Tony Award for a musical. (Norm Lewis, the current Phantom of the Opera on Broadway and Hugh Panaro, who played the Phantom just before him, also made up the cast along with Jeff McCarthy, Ken Jennings and a plethora of talented performers).

Seventeen years later, this past November, Side Show came back to Broadway. This time, Emily Padgett and Erin Davie were joined at the hips playing Daisy and Violet Hilton. Bill Condon, known for directing the films Dreamgirls and Gods and Monsters made his Broadway directorial debut with Side Show. And once again, this quietly daring show about the grave desire to feel human in a misunderstanding world was lauded by critics as the musical not to be missed.

Consider some of the show's lyrics written by Bill Russell (Henry Krieger composed the music):

"Like a fish plucked from the ocean
Tossed into a foreign stream
Always knew that I was different
Often fled into a dream
I ignored the raging current
Right against the tide I swam
But I floated with the question
Who will love me as I am?"

Sadly, the highly competitive Broadway season with so many shows vying for ticket buyers proved to be too challenging for this tender show. Side Show will play its final performance later this week. The new cast recording will be released on Broadway Records in early 2015. "We know Side Show will live on in the hearts of its fans and Broadway lore," said its producers in a statement.

Emily Padgett who plays Daisy Hilton shared the joys and challenges of playing a conjoined twin and what it's like to be part of such a uniquely special production. Click here to read the interview at Parade.com.

Emily Padgett (left) and Erin Davie Star as Conjoined Twins, Daisy and Violet Hilton, in the Musical Side Show 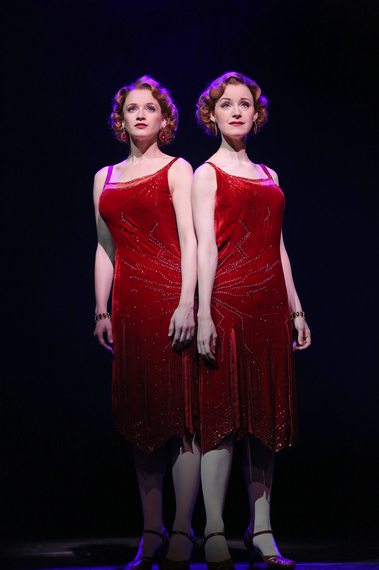 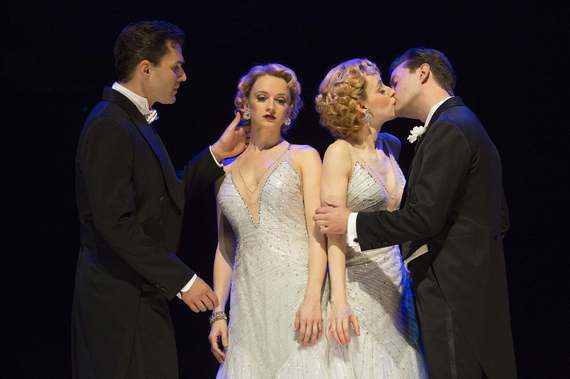