Pie is...the secret of our strength as a nation and the foundation of our industrial supremacy. Pie is the American synonym of prosperity. Pie is the food of the heroic. No pie-eating people can be permanently vanquished. 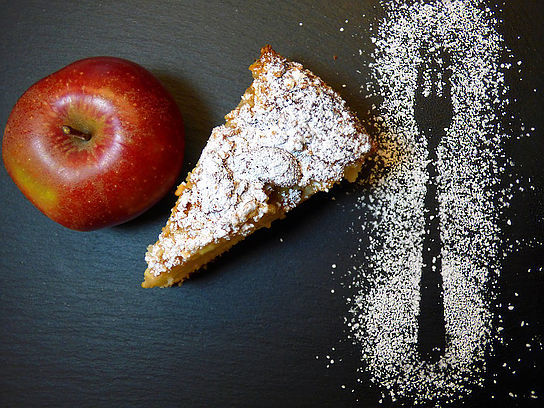 Good morning, officer. How do you do. My passport? Yes of course. My visa is on that page. My DS-2019 and customs form. Proof of employment, travel itinerary, a smile for the camera, glasses off. Eight fingers and then my two thumbs, I know, for the biometrics scan.

My suitcase? Yes I packed it myself. All that is in it is mine; clothes, a few books and some photographs of the life and loved ones I left back home.

Neither business nor pleasure, actually. I am here for the American dream. While you read through my file, I will look around these walls who have seen millions queue here before me.

Give me your tired, your poor,
Your huddled masses yearning to breathe free,
The wretched refuse of your teeming shore.

The tired, the poor, the wretched refuse who stood at your borders, in this line, for a chance at life, liberty, and the pursuit of happiness in the land of the brave and free. The star-spangled banner that in triumph doth wave, over baseball, the Fourth of July, Thanksgiving, and the greatest symbol of Americana: the apple pie.

The apple itself was an immigrant too, one of the earliest to this country. From Kazakhstan in 328 B.C. to Macedonia with Alexander the Great, on to Rome and with the Romans then all the way up North, to England where it got its name.

It crossed the ocean with the British immigrants, the first to land and settle here. The first seeds grew into the first apple trees in Massachusetts, pollinated by European honey bees. Then an Englishman called John Chapman planted row after row across the Midwest.

Today, there are two thousand five hundred varieties of apples in this country.

Water and flour for the crust. The wheat was an immigrant too. The Africans, Scots, Irish, Dutch, German, and French who landed at Plymouth Rock, had centuries ago learned to grind flour from the mills of the Orient.

The French brought the butter that turned the crust rich, flaky, and soft. The Cubans, Puerto Ricans, Hawaiians, and Philippinos brought the sugar that turned it sweet. The lemon Columbus and the Spaniards had brought, in 1493, was squeezed on the apples the Pennsylvanian Dutch had masterfully learned to preserve. The Arabs sprinkled cinnamon they brought from Indonesia, Sri Lanka, China, Burma, Vietnam. Then into a simple brick oven for around thirty minutes; the pie and this country were born.

American citizens, too, can trace their ancestry to seventy-eight other countries at least. As American as apple pie, every non-native to this land has once stood, like me, in this line.

America is the Marquis de Lafayette and the revolution that founded the country, John Muir and the national parks, Levi Strauss and a pair of jeans. It is Joseph Pulitzer and journalism, Andrew Carnegie and steel, Alexander Graham Bell and the telephone, Marcus Goldman and finance. Wernher von Braun and the rocket, Albert Einstein and the atomic bomb, Subranhmanyan Chandrasekhar and astronomy, David Ho discovering AIDS.

As of 2014, over 42.4 million people in America are foreign born, and most of the other 276.5 million were foreigners themselves once; immigrants and refugees who stood in line, showed their passports, visas, customs forms, smiled for the camera then went on to build this country and bake apple pies.

Send these, the homeless, tempest-tost to me,
I lift my lamp beside the golden door!
- Emma Lazarus, The New Colossus

You have the right, Mr. Officer, to deny me a slice, of pie, of land, of dream, but not that to forget the very values that made your great country what it is.

This post was originally published on Aristotle at Afternoon Tea.