In the final weeks of April 1945, Soviet and German forces fought viciously for control of Berlin. With WWII drawing to a close, tens of thousands of civilians were killed as the city lay in ruins. April 30 marks the anniversary of the two most notable among these deaths: the suicides of Adolf Hitler and Eva Braun.

The wreckage from the Battle of Berlin was captured by LIFE magazine's William Vandivert, the first Western photographer to gain access to Hitler's "Führerbunker," the secret hiding place in which he lived out his days. After the fall of Berlin, LIFE published some of Vandivert's photos in its July 1945 issue, offering the world a glimpse at the city's obliterated streets and the eerily empty bunker that saw the definitive end of the Third Reich.

As LIFE reported at the time, Vandivert "found almost every famous building [in Berlin] a shambles. In the center of town GIs could walk for blocks and see no living thing, hear nothing but the stillness of death, smell nothing but the stench of death."

Check out these photos of Hitler's bunker and Berlin after the fall, and head over to LIFE.com for more rare images, many of which remained unpublished until now.

PHOTO GALLERY
After The Fall: The Ruins Of Berlin
Download
Calling all HuffPost superfans!
Sign up for membership to become a founding member and help shape HuffPost's next chapter
Join HuffPost 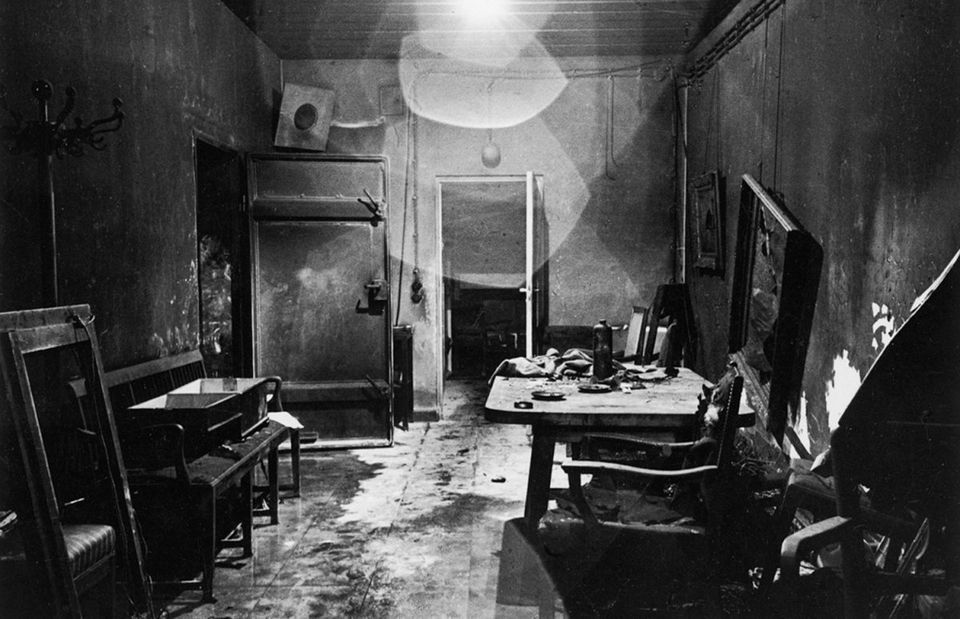