MOGADISHU (Reuters) - Al Shabaab on Friday said its Christian enemies had closed its Twitter account, which the Somali militant group used to parade hostages, mock rivals and claim responsibility for bombings and assassinations.

The group's official Twitter account, which has thousands of followers, was offline on Friday with a message saying "Sorry, that user is suspended".

It was not immediately clear why the account, which was created in 2011 under the HSM PRESS Twitter handle, was suspended. The account was still unavailable as of 1233 GMT.

On Wednesday the al Qaeda-aligned rebels used the social media site to threaten to kill several Kenyan hostages and on January 17 announced the execution of a captive French agent after a French commando mission to rescue him failed.

"The enemies have shut down our Twitter account," al Shabaab's most senior media officer, who refused to be named, told Reuters.

"They shut it down because our account overpowered all the Christians' mass media and they could not tolerate the grief and the failure of the Christians we always displayed (online)."

Al Shabaab wants to impose their strict version of sharia, or Islamic law, across Somalia. However, it has lost significant territory in the southern and central parts of the country in the face of an offensive by African Union troops.

Twitter said it does not comment on individual accounts and the Kenyan government denied it had filed any request for the account to be taken down.

"It's an emphatic no. We would not try to negotiate or have anything to do with the Al Shabaab. We didn't even know the account was suspended," said government spokesman Muthui Kariuki.

Al Shabaab posted on the account on Wednesday a link to a video of two Kenyan civil servants held hostage in Somalia, telling the Kenyan government their lives were in danger unless it released all Muslims held on "so-called terrorism charges" in the country.

"Kenyan government has three weeks, starting midnight 24/01/2013 to respond to the demands of HSM if the prisoners are to remain alive," the group said.

Despite the closure of the Twitter account, al Shabaab said it would continue to "display the loss and grief of Christians no matter what means we use," al Shabaab's spokesman said. 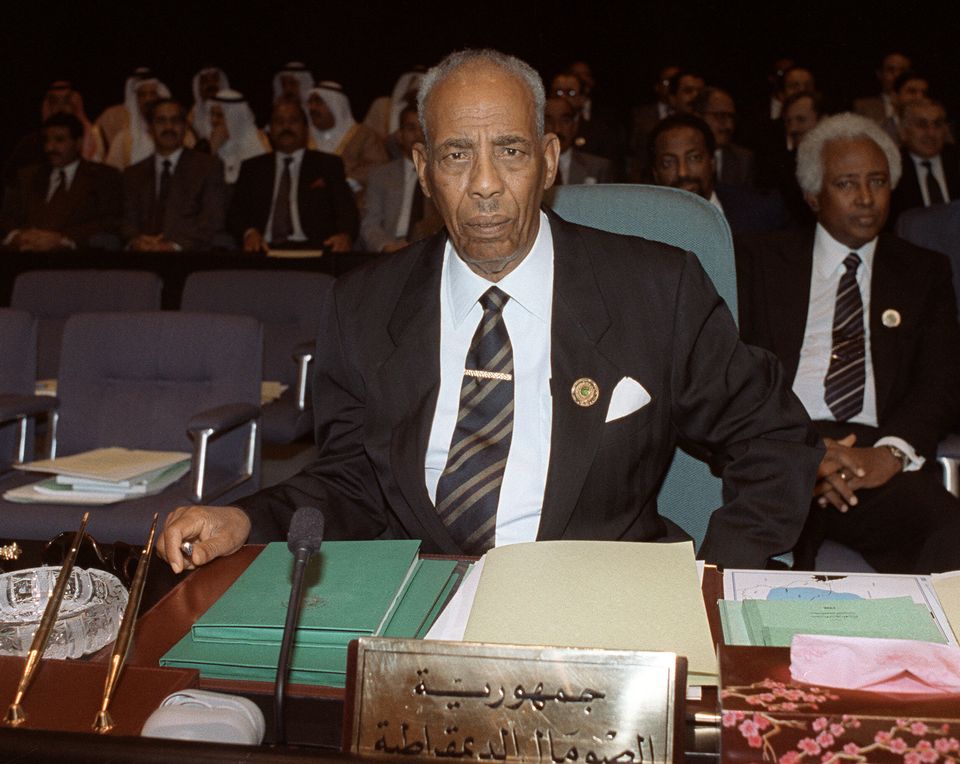 1 / 13
Al-Shabab Waging War In Somalia
The toppling by warlords of military dictator Mohamed Siad Barre in 1991 plunged the Horn of Africa nation into anarchy, allowing al-Shabab, which means "youth" or "boys" in Arabic, to seize control of large areas of south and central Somalia. <em>Caption: A picture dated May 29, 1990, of Somali President Mohamed Siad Barre during an Arab summit. (Mike Nelson/AFP/Getty Images)</em>
Getty Images