In honor of the 100th anniversary of mathematician and logician Alan Turing's birth, the final installment of a two-part series explores the life of Turing as told by some of the most influential computer scientists in the world.

Click the link below and/or watch the video above to hear their stories--and please view Part 1 of “Alan Turing: His Mind, His Life” below.

Talk nerdy to me by leaving a comment at the bottom of the page.

WENDY HALL: I think he’s one of those people that lived to work. I mean that was his driving force, but of course he had, you know, a personal life and a sexual life outside of that.

CHRISTOS PAPADIMITRIOU: So Turing was homosexual and in England of the mid-19th, 20th Century. This was trouble, okay. It was explicitly a punishable offense.

VINT CERF: He was accused of practicing homosexuality, and that was considered a crime.

WH: He actually really told the police he was a homosexual. He, you know, and there’s a lot of conjecture that he really wanted to come out.

CP: Turing did his science as if he lived 50 years ahead of his time. Unfortunately he lived his personal life the same way.

CHARLES BACHMAN: When he was tried for the crime of homosexuality, he had the choice of going to prison in one sentence or to be chemically castrated, which sounds like a pretty horrible thing to happen.

WILLIAM NEWMAN: Up until that point he was very happy, he was. He had moved to Manchester to work with my father in the mathematics department and this I think was probably his first real move away from King’s College in Cambridge where he really was at home.

WH: When he was arrested and tried and found guilty, he chose--I mean this sounds appalling to us, it’s only the ‘50s--he chose chemical castration instead of going to jail.

CB: He did a lot of chemical experiments so having cyanide in the house was not unusual.

WH: That plays with your mind as well as your body, I imagine.

WN: My father was still working in Manchester and he telephoned my mother in Cambridge and I was sitting in the same room, and I could see some really terrible news was coming through.

WH: There’s something about him liking the Snow White fairy story, fairy tale, and you know the poisoned apple that the queen eats in the fairy tale.

CP: He crafted his suicide in a way, I believe, that made it obvious to everybody that he killed, that he took his own life, except his mother who died believing that it was an accident.

WN: You know, this was a really tough time for my parents, and very distressing and sad for me. It was very confusing.

CP: I suspect that he did this deliberately and I believe this was his last brilliant construct.

WN: My name’s William Newman, and I was a friend of Alan Turing’s in the period after the war.

CP: My name is Christos Papadimitriou, and I’m a creation of Alan Turing.

JP: My name is Judea Pearl, and Alan Turing affected me indirectly by asking the questions that I was afraid to ask.

WH: My name is Dame Wendy Hall. I was one year old when Turing died but my career has been interestingly interwoven with his legacy.

JP: The question in my case was, how can we people manage to handle uncertainty so easily and so comfortably and machines can not?

VC: My name is Vint Cerf, and had Alan Turing not done what he did, I wouldn’t have programmed the first computer I put my hands on in 1960.

WH: I’m a computer scientist so clearly, you know, my career exists because of the work he did.

WN: He’s sort of like an uncle to me.

CP: Everything that I am--a scientist, a storyteller, a man who lives his life as consistently as possible--has been affected tremendously by Alan Turing.

Video produced by Christopher Sprinkle and Cara Santa Maria. Shot by Roddy Blelloch. Special thanks to Virginia Gold and the Association for Computing Machinery.

To learn more about the people featured in this piece, visit the following websites: 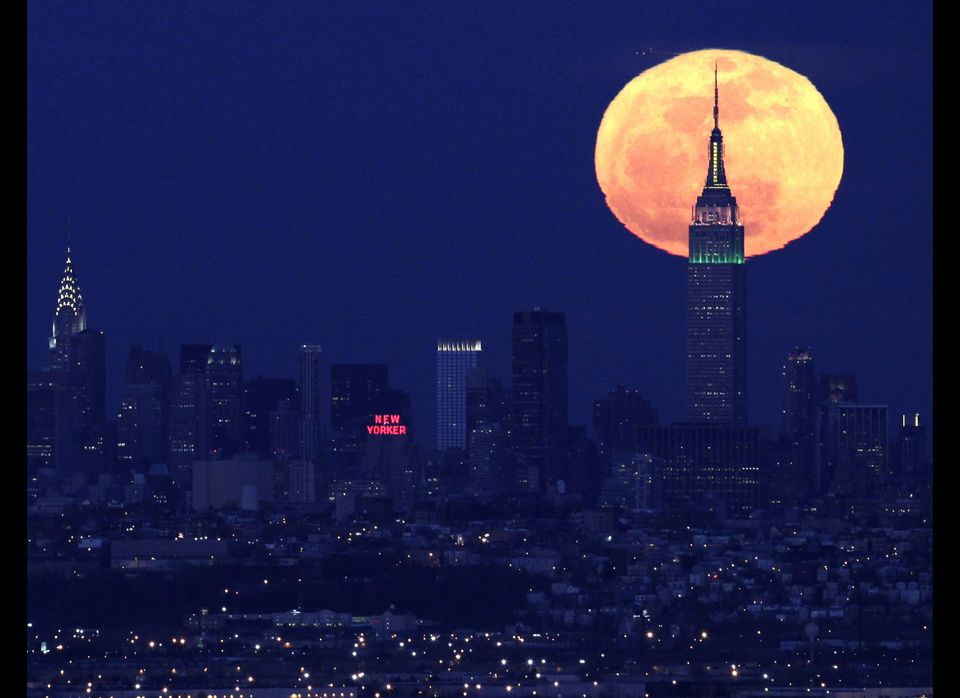 1 / 8
The 'Supermoon,' which arrived just before midnight on May 5, was spectacular from angles <a href="https://www.huffpost.com/entry/supermoon-photos-2012-pictures-world_n_1486785?ref=science" target="_hplink">all around the world</a>. We asked our readers to submit their photos of the moon, which was the biggest and brightest of the year. (AP Photo/Julio Cortez, File) Caption: AP
AP