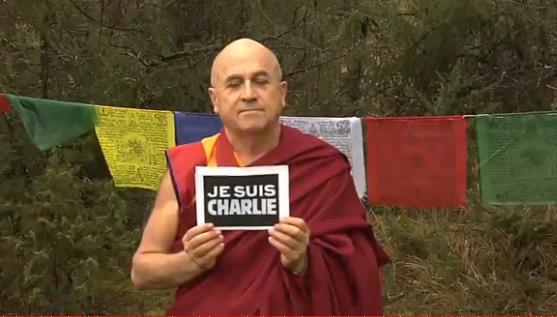 Almost every day a massacre occurs somewhere in the world. A few days ago the world was shaken by the murder of 17 people, including 12 journalists and collaborators of the French satirical magazine Charlie Hebdo, in Paris.

In their tragic delusion, perpetrators of violence often perceive themselves as victims and speak of having been "humiliated." They may be people whom neighbors and relatives describe as being "normal" or even "nice fellows." They may turn to ultra-violence as their frustration rises and extremist ideologies fill the void in their lives and give them a false moral justification for their deeds. These feelings may be caused by not having been integrated into society, receiving little empathy, not properly understanding beliefs and values, and not having access to a proper education.

Education is not only learning to read and write; it is also educating the heart and helping young people become good human beings. As Aristophanes said, "Education is the kindling of a flame, not the filling of a vessel." Although perpetrators of violence may be passionate, intelligent and daring, they lack qualities of the heart: compassion, empathy, and altruism. Yet every human being has the potential to change and develop these qualities.

Respect needs to be mutual. One cannot demand that one's religion be respected at all costs while remaining intolerant to others' beliefs and committing acts of violence when one feels offended. To enjoy the fundamental freedoms enshrined in the Universal Declaration on Human Rights, we cannot be enslaved by any dogma. Each of us should be free to pursue our intellectual or spiritual path while welcoming others to follow theirs, whether they be believers or not, religious or atheist.

At a meeting of representatives of various religions that I attended at the World Economic Forum in Davos, Archbishop Desmond Tutu, a Nobel Peace Prize laureate, said, "I know no religion that states it is permissible to kill." It was quite revealing that other religious leaders declined to endorse Tutu's idea.

I humbly suggest that global religious leaders unanimously issue a declaration reminding their followers about the imperative truth of Tutu's statement. If religions would just practice "Do unto others as you would have them do unto you," humanity would fare much better.

No religion has been innocent in this regard, not even Buddhism, as exemplified by the persecution of Muslims in villages in Burma by Buddhist monks -- or, rather, "ex-monks," because from the moment a monk kills or encourages a third party to kill someone, he has violated his monastic vows. This is inexcusable. The Dalai Lama has repeatedly stated that, according to Buddhism, there are no justifications for the use of violence.

As has often been said, if we all lived by "an eye for an eye, a tooth for a tooth," the world would soon be blind and toothless.

True altruism is associated with openness, tolerance and respect for others. It motivates us to help others and strive to alleviate their suffering. Benevolence toward others creates a win-win situation.

At a time of worldwide challenges, altruism is an ever-more-urgent necessity. Whether we pursue a spiritual path or not, the first task we have to set for ourselves is to become better human beings.