A major change is coming to a majority of public schools throughout the country, and most Americans have no idea what it is.

A survey released today by education reform advocacy group 50CAN shows that a majority of Americans have no idea what the Common Core State Standards are, although the new set of education standards have been adopted in 45 states. Based on interviews with approximately 6,400 registered voters across the country, the survey found that while 31 percent of Americans support the Standards and 12 percent oppose them, a whopping 58 percent don't know what they are.

However, it is likely that these respondents would support the Standards if they knew what they were, given that 66 percent of Americans said in the survey that they support the Standards' goal of creating uniform education standards throughout the country. (In addition to making sure students are being held to the same benchmarks, the Common Core Standards are supposed to promote critical thinking and deeper learning.)

When broken down by region, the survey's results were largely consistent from region to region. Whether in New England or on the West Coast, most respondents said they had no idea what the Standards were; of those who knew about the Standards, more supported them than didn't.

The minority of citizens who are opposed to the Standards have been vocal, and legislation pending in states throughout the country is trying to stop the Standards, or at least slow down the implementation process. Perhaps if Common Core supporters want to silence their critics, they should start by informing more citizens about the Standards' existence.

Look below for a breakdown of the survey results: 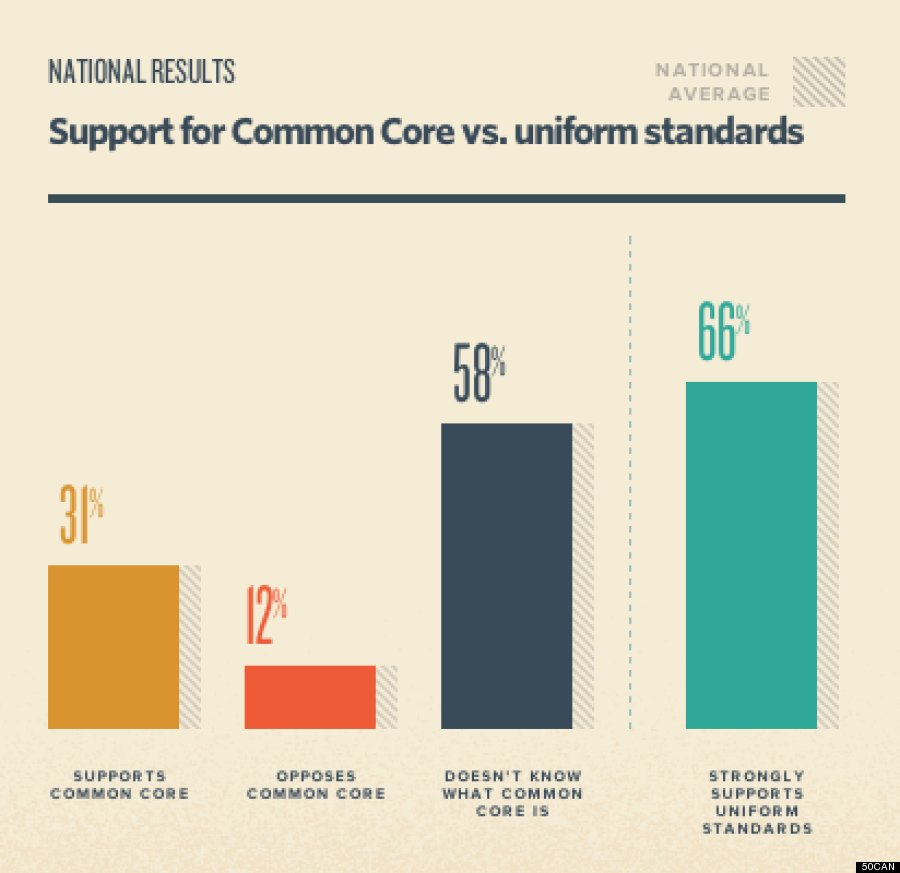