A prominent collector of Middle Eastern and North African art as well as the creator of the wildly popular "Art of the Middle East" blog, Taymour Grahne is about to open an eponymous gallery on September 7 in Tribeca. What follows is his thinking on the significance of Middle Eastern/North African art, what he hopes to accomplish with his gallery and why he chose Iranian artist Nicky Nodjoumi's "Chasing the Butterfly and Other Recent Paintings" as his inaugural show.

JS: You bring a lot of credibility, experience and knowledge to this enterprise. You're behind the most-read, most-comprehensive blog on Middle Eastern art. You're a renowned collector, having been named to Modern Painters' list of 50 Most Exciting Art Collectors Under 50. Four of your artists are in this year's Venice Biennial. And you have an MA in art business from Sotheby's. Why, now, did you decide to open a gallery?

TG: Thank you for your kind intro! All that you mentioned above lead up to me deciding to open a gallery. All my experiences, my studies, my research and my interest in collecting has enabled me to develop a strong background and passion for the arts, and has granted me the opportunity to meet some of the best contemporary artists out there. I am excited to bring these amazing artists, my knowledge in the field and my global network to the foundation of a gallery.

JS: Why did you chose America -> New York -> Tribeca as its location and not, say, Los Angeles, London, Paris or Berlin?

TG: Firstly, I love New York! It is an exciting, positive city, where young entrepreneurs such as myself get the opportunity to start businesses they are passionate about.

New York City is also the center of the contemporary art world, and is a city that hosts many of the world's leading museums, institutions and collections in the world. This said, there aren't many galleries in NYC who have the perspective I bring, and it is exciting to showcase artists who have not exhibited in the US before. I am also active with American institutions and have developed a strong network in NYC.

I chose Tribeca because it is a fantastic neighborhood, full of quality design stores, vibrant restaurants, interesting people and a great vibe! A lot of major collectors live in Tribeca, so I think it is great to be in the same neighborhood as them. Since there aren't too many galleries currently in Tribeca, a young gallery doesn't run the risk of getting lost in the fold as it might in Chelsea. Tribeca also has great architectural elements that are highly suitable for galleries, including huge retail spaces and large windows.

The gallery is located in a beautiful landmarked building in the heart of Tribeca, on Hudson Street. It is a 4,000 square foot, two level space, which allows for a project space below and a main exhibition space upstairs. The gallery space itself has an interesting history -- it used to be a wild nightclub in the 80s called Area!

JS: You're going to focus on Middle Eastern and North African art. How relevant, at this historical moment, are these region's arts in broader international cultural discussions? In your opinion, can art contribute to global and regional political and social discussions? In other words, does art matter?

That being said, I think the most important thing that can be done for Middle Eastern artists today is to display their work alongside international artists and allow for the world to see them as strong artists with quality work, as opposed to simply regional artists. That is where the gallery's role comes into play: we will showcase artists who hail from the Middle East, alongside artists from across Asia, Europe, the Americas, Africa -- and in doing so to break down the regional titles that are often attached to Middle Eastern artists.

I think art definitely helps contribute to global and regional discussions. The arts can help break down misconceptions and barriers. Moreover, when artworks also deal with specific social or political situations they can also help educate people on what is happening in these societies and cultures.

JS: What sets your gallery apart from other New York galleries?

TG: Along with stellar established artists such as Nicky Nodjoumi and Reza Derakshani, we are also showing artists that have, for the most part, never been exhibited before in the USA. Our roster includes many artists from regions of the world that have often been neglected by the Eurocentric discourse of the contemporary art market. There is some fantastic work coming out from Africa, the Middle East, South East and Central Asia and South Eastern Europe and we are excited to present this work in conversation.

JS: Can you describe differences in style, content and influences between contemporary Middle Eastern/North African and contemporary New York art?

TG: I don't think there is a clear separation; they are all artists, and artists tend to focus on a range of themes, no matter where they are from. Even amongst Middle Eastern artists, one can find a multitude of different styles, influences and techniques.

That being said, the Middle East has a long and interesting history, and many contemporary Middle Eastern artists draw on elements from their pasts, be it the Ancient civilizations that dotted the landscapes of the region, or the recent political troubles of the Middle East. Some of our artists are dealing with political situations their nations are facing, such as Nermine Hammam and Nicky Nodjoumi. Then there are others like Reza Derakshani who draw on Iran's strong traditions of miniatures and carpet weaving.

TG: By groundbreaking I mean different, not necessarily provocative. Provocative art for the sake of it isn't really my thing.

JS: Describe, please, the extent and purpose of both your public programming and publications. Will you publish scholarly works as well as exhibition catalogues?

TG: The gallery's public programming is an integral part of our program. We will host panel discussions, artist and curator-led tours, film screenings and talks, taking advantage of our lower level space.

Publishing is also an important part of the gallery's program -- our major exhibitions will be accompanied by a catalogue, featuring essays by some leading curators and scholars in the field. The gallery is also working with Black Dog Publishing on producing a series of books on our artists.

JS: How's the international and American market, currently, for Middle Eastern and North African art? Will you be working with or otherwise collaborating with auction houses?

TG: The market for works by artists from the Middle East and North Africa in the American market has been growing over the past few years. American institutions such as the Met, LACMA and MoMA, among others, have played a key role in this market growth. They are beginning to acquire works by contemporary artists from the broader region, and this has helped the market develop, as more and more American collectors realize the strong level of institutional collecting of works by Middle Eastern artists.

I will not be working with auction houses.

JS: Your inaugural exhibition is Iranian artist Nicky Nodjoumi's "Chasing the Butterfly and Other Recent Paintings." Why did you choose him as your first show?

TG: I felt it was important to start with an established artist, and Nicky is a very prominent Iranian-American artist, whose works are in the collections of prominent institutions such as the British Museum and the Tehran Museum of Contemporary Art. Nicky is also a Brooklyn-based artist, and I also felt it was important to start with a local artist, as a sign of respect to this highly cultural city. Nicky is both American and Iranian, and his link between the USA and the Middle East is representative of the gallery's transnational perspective. It is also great timing because New York City's Asia Society will be opening its Iran Modern show in early September, which will include two works by Nicky Nodjoumi made in 1976, so I think it is fascinating for people to see the development of Nicky's works from the 70s until today.

Nicky's exhibition will feature large-scale oil paintings and works on paper layering traditional and contemporary imagery with at times cutting, satirical socio-political commentary to create cryptic and open-ended pieces. He is a very interesting artist with a very interesting past, so we have a lot of excitement about the show!

JS: What art fairs will you attend? In general, what is the significance to art fairs to gallerists?

TG: Fairs are vital to galleries in today's art market. Prominent collectors and institutions from across the world converge on these leading fairs, and it becomes the meeting point for many galleries and collectors. Art fairs are also a significant part of the gallery's program, and we look forward to participating in an increasing number of art fairs.

JS: Finally, what are your expectations for the gallery? How, at least initially, will you measure whether it's been a success? Sales, press and critical responses? Or is it something more qualitative?

TG: I want the gallery to be a meeting point for artists, collectors, institutions and art aficionados from different regions of the world. I aim to showcase some leading artists from across the world, and offer New York City's art world something fresh and exciting. Success for me not only includes sales, press and critical response, but also includes the satisfaction of promoting my artists to my maximum ability. I want to go all out for my artists, and success for the gallery will come from the success of our artists. Success to me is also placing works by our artists in prominent museums and collections worldwide, and documenting works by our artists in the form of books and catalogues.

I want my gallery to become a meeting point, a place where people are excited to visit shows and look forward to what's coming up next -- that is success for me. 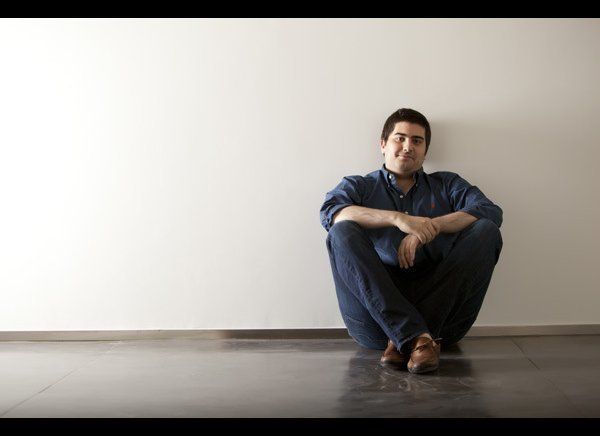