MMA fighter Andy Eicholz may have lost his match against Wade Sauer, but that wasn't any reason to get bent out of shape -- or was it?

The two battled it out Saturday night at a match in Pendleton, Ore., and Sauer knocked out Eicholz in the first round. (Fittingly, Eicholz's nickname is "Ice Cold.")

But a post-fight photo showing the damage Sauer did to Eicholz's schnoz is a red hot commodity on the Internet. MixedMartialArts.com said it's already a top contender for the coveted Broken Nose of the Year Award. 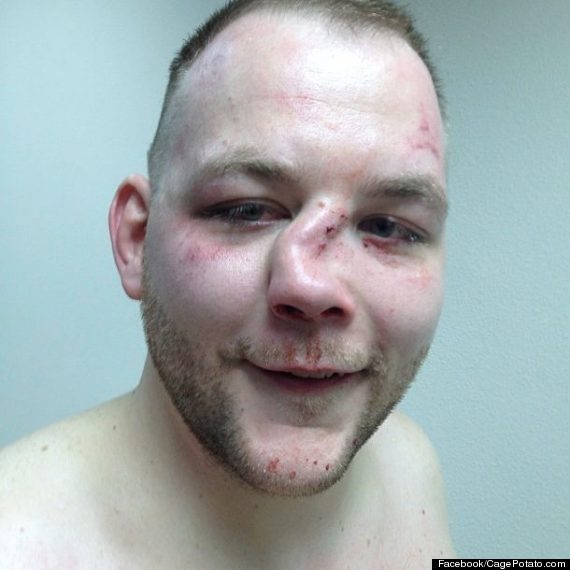 Eicholz's extremely broken nose has inspired all sorts of comments, as people try to put its distorted beauty into properly poetic terms.

For instance, NextImpulseSports.com said Eicholz's nose was "so extremely broken that he could double for a Picasso painting."

A commenter on Deadspin remarked: "All I can picture is Daffy Duck getting hit so hard his bill ends up on the back of his head."

Over at BleacherReport.com, one reader pointed out the obvious: "God, it must be hard to pick that nose."