LONDON, May 8 (Reuters) - Hollywood actress Angelina Jolie, in London to promote her new film "Maleficent," used the red carpet event on Thursday to renew her plea for the safe return of more than 200 Nigerian school girls kidnapped by Islamist rebels.

The 38-year-old actress, who serves as a United Nations special envoy for refugees, said it was "heart-warming" to hear reporters' questions and people's concern for the abducted girls at a movie event.

"The important thing though is to understand that this happens because these men think they can get away with this and they can do this," Jolie told reporters.

People around the world have been showing their support by taking part in protests and joining online campaigns calling for the rescue of the girls taken from a secondary school by extremist group Boko Haram on April 14.

U.S. first lady Michelle Obama and Pakistani schoolgirl and human rights activist Malala Yousafzai are among those backing an online campaign and have posted photos of themselves holding a sign reading "#BringBackOurGirls."

Jolie also said she was increasingly concerned about for people in Ukraine, where pro-Moscow separatists have ignored a public call by Russian President Vladimir Putin to postpone a referendum on self-rule in eastern Ukraine, declaring they would go ahead on Sunday with a vote that could lead to war.

"I can't imagine anybody from that region isn't just terrified that the worst is yet to come," she said.

Jolie, dressed in a long black gown and joined by her fiance Brad Pitt, led the stars of Walt Disney Co's "Maleficent" at the premiere at London's Kensington Palace. Disney's modern reimagining of the Sleeping Beauty fairytale is due out in theaters around the world at the end of the month. (Reporting by Katharina Urban-Oberberg for Reuters TV in London; Writing by Piya Sinha-Roy in Los Angeles; Editing by Mary Milliken and Mohammad Zargham) 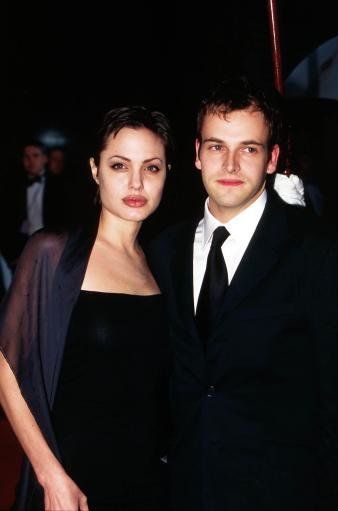