Trekking through the jungle atop an elephant or frolicking through the waves on the back of a dolphin can seem like the epitome of adventure, joy and harmony with nature.

Unfortunately, for many animals forced into the tourism industry-- or assaulted in the wild by thrill-seeking humans -- the experience is quite the opposite. Here are a few animals that you shouldn’t be riding. 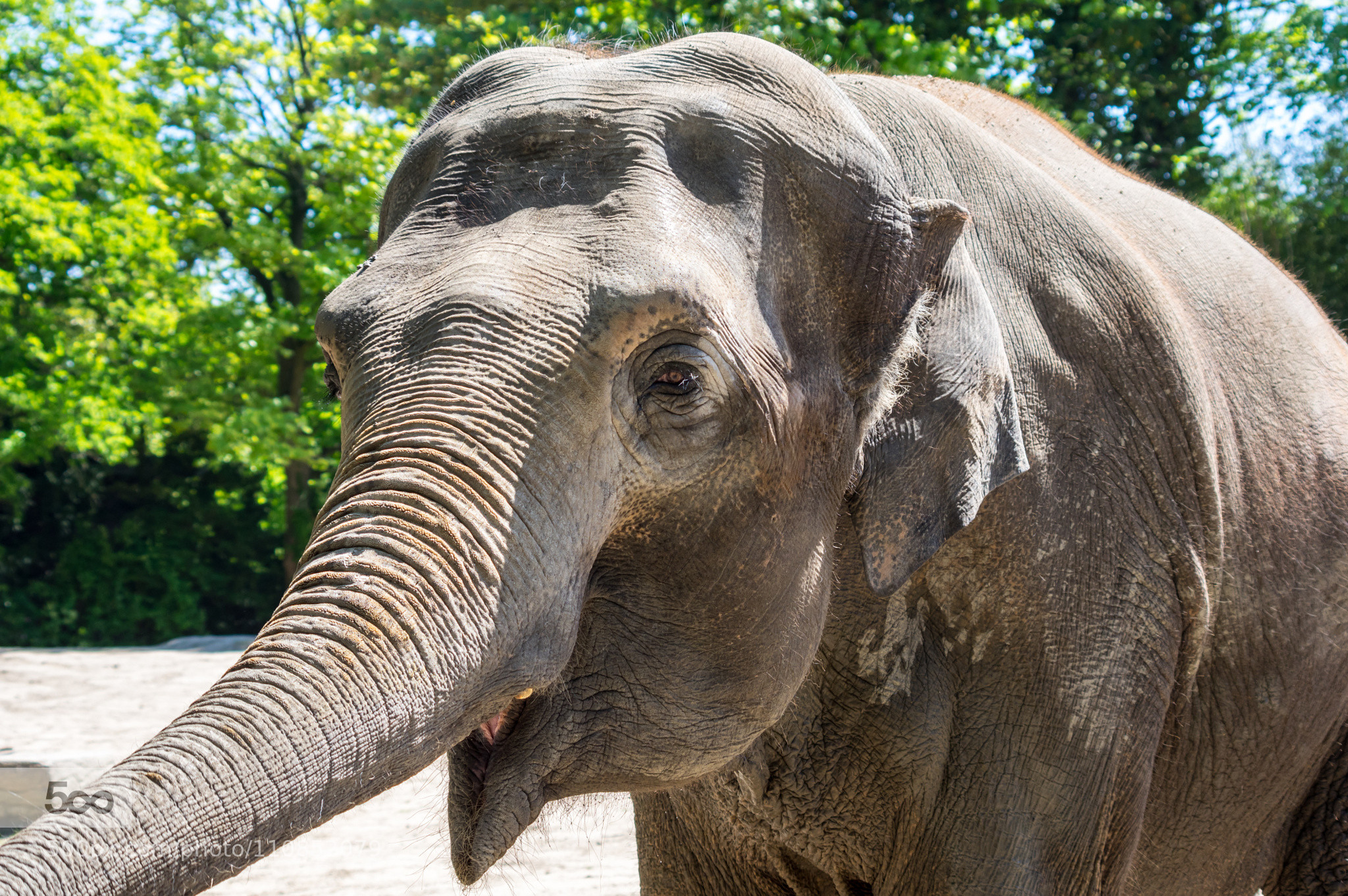 Riding an elephant is a bucket-list item for tons of animal lovers drawn to the majestic, intelligent creatures, but elephant fans are frequently unaware of the cruelty behind their picturesque Instagram photos.

Elephants used for rides are so overworked they’re dropping dead from stress and exhaustion, a veterinarian for Vietnam’s Dak Lak Elephant Conservation Center told The Dodo in May.

Captive elephants in other countries don't fare any better. In 2011, photojournalist Brent Lewin photographed two workers in Burma beating a restrained baby elephant during a “training” session before the animal was transported to Thailand. Workers regularly tie up, abuse and starve young wild elephants in a process known as the “crush” -- intended to "break the elephant’s spirit” and make them submissive to humans, according to NBC. The photographer noted that the elephant’s mother was nearby and had to be restrained because she charged over, trying to aid her offspring.

Sometimes, the parents of young elephants are just killed altogether. Poachers frequently gun down the adult elephants in a herd to make capturing the calves easier, according to a 2014 report by wildlife trade monitoring network TRAFFIC.

Even after the initial “training,” life as an elephant used for rides can be grueling. Overworked captive elephants are regularly deprived of social contact with other animals, chained up for long hours and left with untreated injuries, according to Humane Society International.

Even travel agents are realizing that elephant riding isn’t all it’s cracked up to be. Last year, Intrepid Travel cut elephant rides out of its tour packages after conducting “extensive research” into the industry through a partnership with the nonprofit group World Animal Protection.

If you want to see elephants up close on your travels, consider visiting a wildlife sanctuary, where elephants live in a setting that resembles their natural habitat. 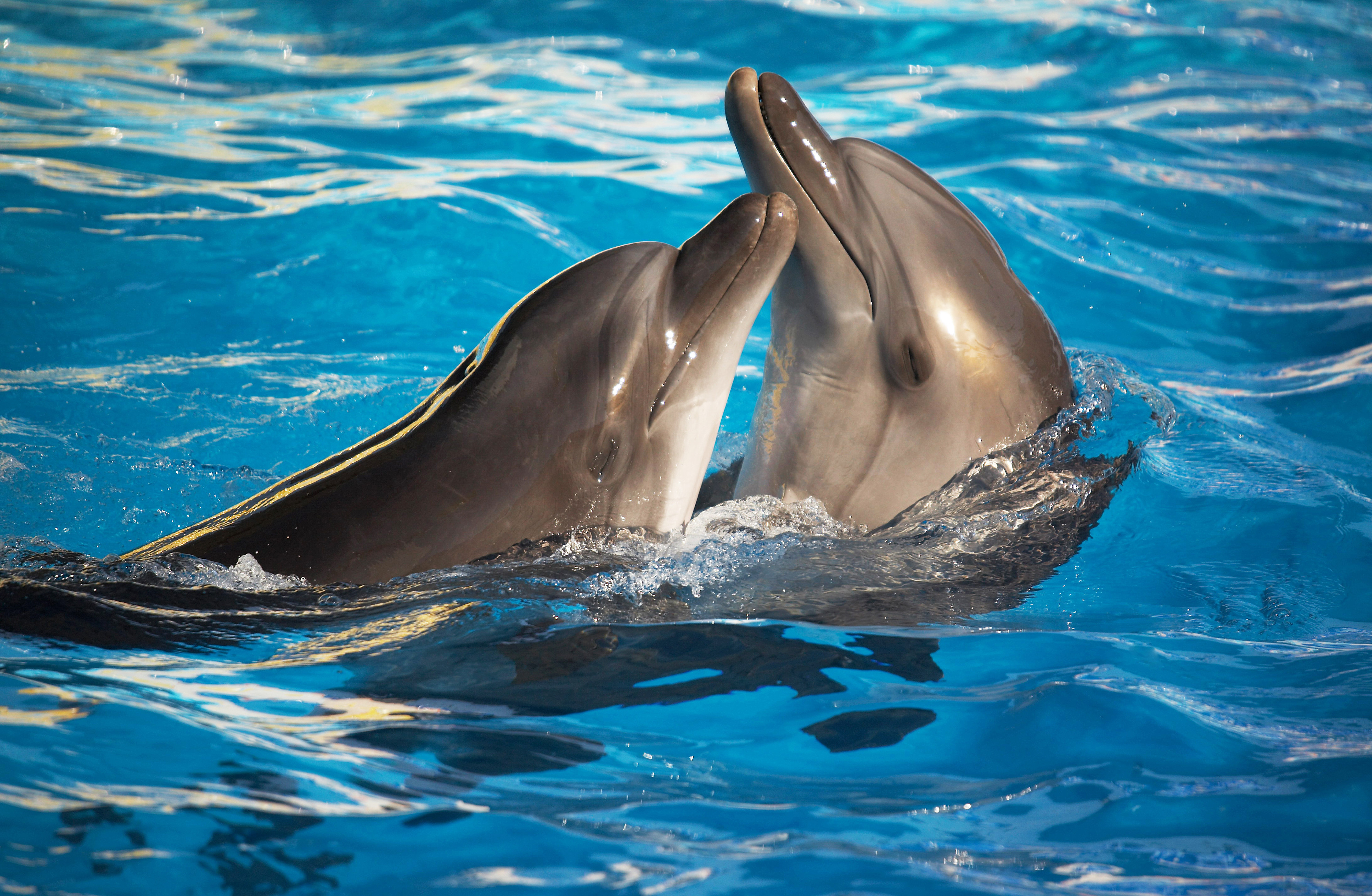 Swim-with-the-dolphins (SWTD) attractions -- some of which allow participants to “ride” a dolphin by holding onto the animal’s dorsal fin -- have been decried by numerous animal welfare groups as unsafe and inhumane for the highly intelligent marine mammals. For animals that swim over 40 miles a day in the wild and engage in complex social interaction with other dolphins, captive life in the entertainment industry is miserable.

“Captive dolphins are forced to swim in endless circles in artificial habitats, interact with unfamiliar dolphins and other species and perform behaviors that are unnatural and in some cases painful,” writes World Animal Protection. Captive dolphins can often be seen exhibiting clear signs of psychological stress, like swimming in circles or floating unmoving near the water's surface, the organization notes.

Outside of the U.S., most SWTD programs use dolphins captured from the wild, a process so traumatic that it can result in dolphins dying from stress, according to Humane Society International.

That’s not to say life is better for captive-bred dolphins. A former trainer from the Bahamas, speaking with The Dodo, said he witnessed mothers in captivity intentionally drowning their newborn offspring. He said his colleagues suspected the mother dolphins did this to prevent their young from living a life in captivity. 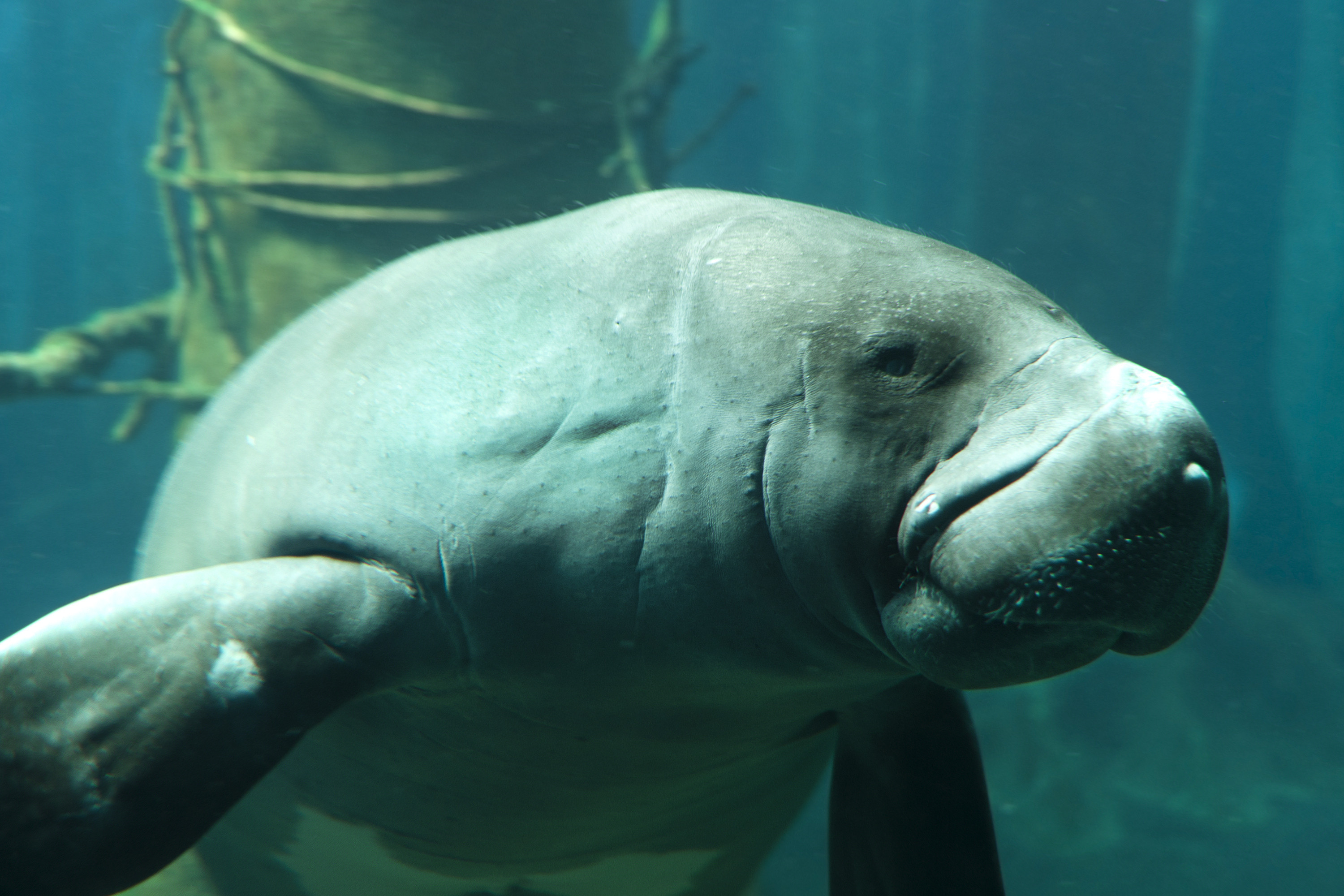 While it’s illegal to disturb or harass a manatee under the Florida Manatee Sanctuary Act, people occasionally attempt hitch a ride on the gentle sea cows anyway.

Getting caught doing so can land you a $500 fine or up to 60 days in jail, but those aren’t the only reasons you should refrain from hopping aboard a manatee. Humans attempting to interact with manatees can alter the creatures’ behavior for the worse, says the Florida nonprofit Save the Manatee Club.

The animals might end up changing their regular routes to avoid humans, potentially traveling to dangerous areas where they can be hurt or injured by boats, the group says. Additionally, by swimming after a manatee, you could be unintentionally chasing a mother away from her baby, or vice versa. 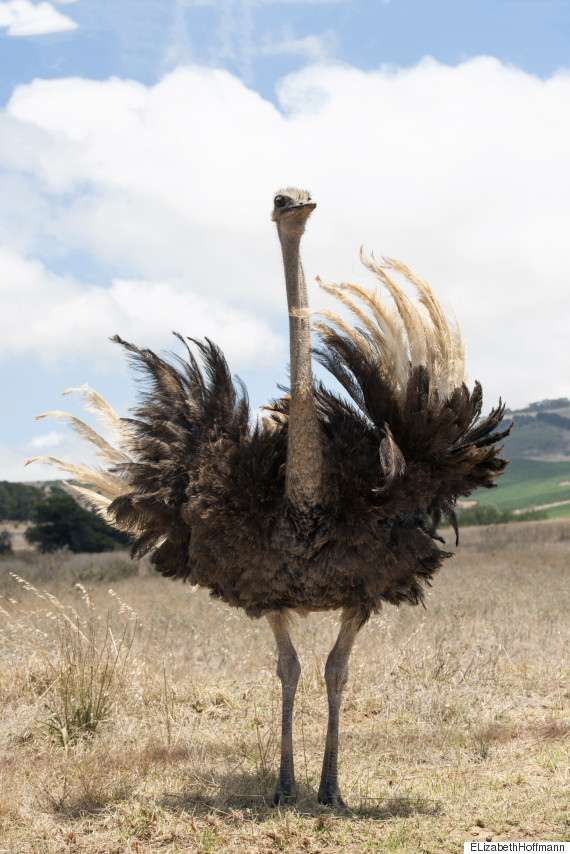 Ostrich racing and riding is a major tourist attraction in South Africa, but the Association of British Travel Agents says tour operations should “not offer or support this activity.”

Ostriches simply aren’t built to support the weight of a human being, and “this practice is likely to harm the physiology of the animals and have negative welfare implications,” according to ABTA animal welfare guidelines. 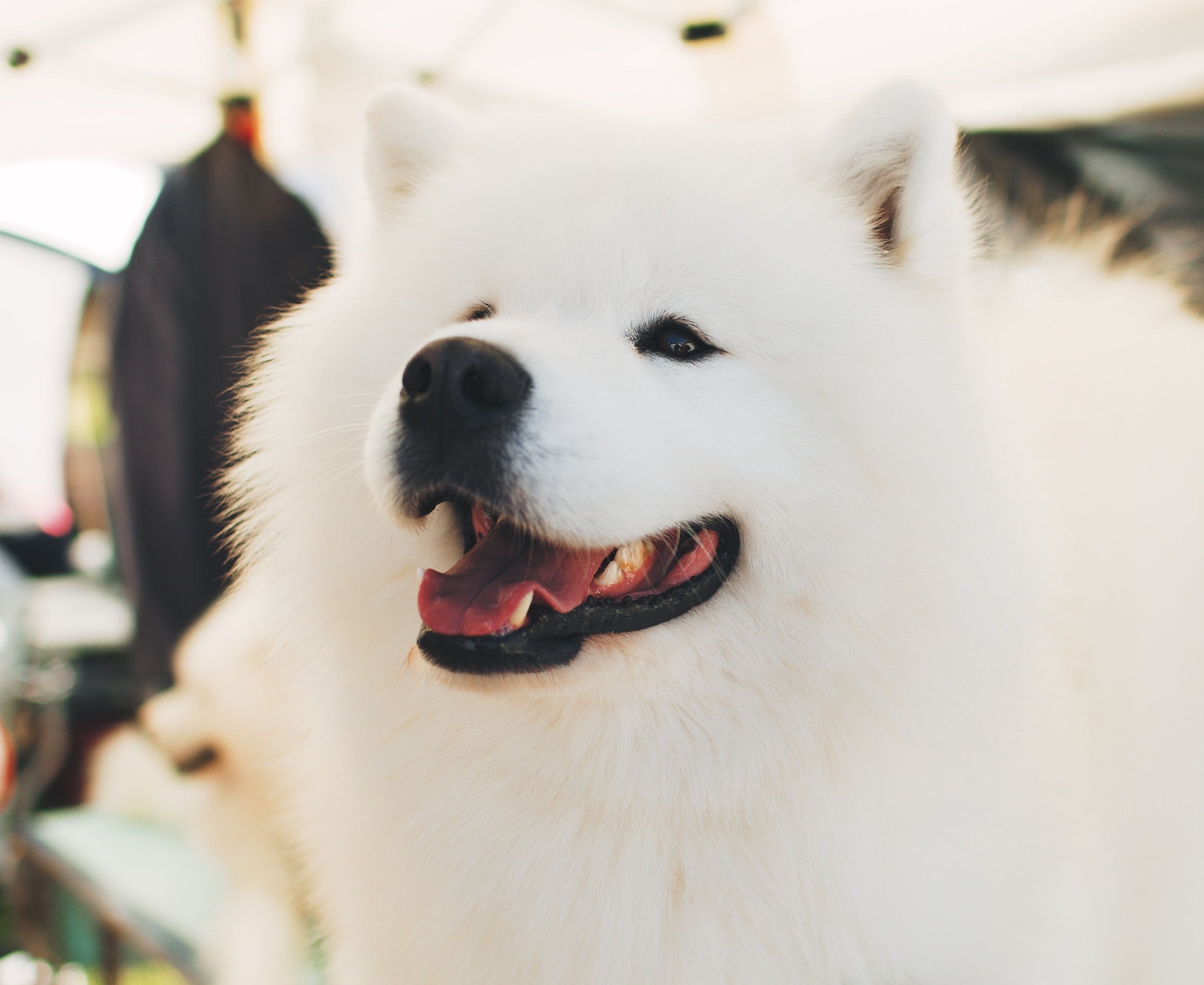 OK, so dogs aren’t wild animals, but they also aren’t equipped to carry the weight of a human rider -- even a child. While YouTube is filled with plenty of videos of kids riding dogs, and it can look cute, it also poses a risk for your pup.

"Children riding on the back of their family dog is very dangerous for the animal, and the child, even if you have one of the giant breeds as your family pet,” Dr. Sarah Bassman of Cornell University’s College of Veterinary Medicine told The Stir in 2010. “The muscles in a dog's back are not strong enough and not designed to carry a passenger and could be damaged by this activity.”

Supervise young children around dogs, and teach your kids that dogs aren’t horses.

If You Love Animals, Here Are 5 You Shouldn't Ride
Elegant Elephants