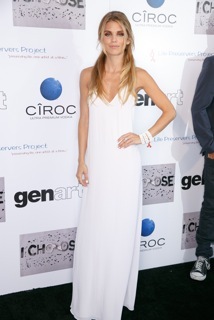 AnnaLynn McCord wears Alice + Olivia complimented with bracelets by RUBBS to her 'I Choose' film premiere, by GenArt & powered by CÎROC - Photo Credit: Courtesy of Gen Art and CÎROC

Actress AnnaLynne McCord, alongside her boyfriend Dominic Purcell, hosted the much-anticipated premiere of "I Choose" Tuesday evening at the Harmony Gold Theater in Los Angeles. The film, which was written, directed, and produced by 26-year-old McCord focuses on an issue that she is very passionate about.

"It's about human trafficking, but it's also telling a story of a parallel universe. A love story is taking place while at the exact same time, somewhere else in the world, something atrocious is happening to a young girl where she is being taken out of the back of a van, sold for a few dollars, and thrown into a car. I wanted to interlace the two stories because I wanted to talk about free will," said McCord. 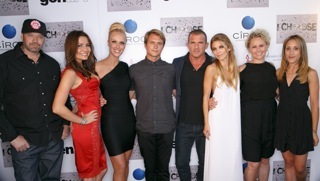 Following the premier, guests partied the night away at LA's Acabar. 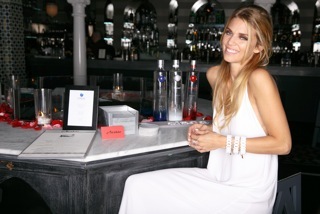 Anna Lynne McCord arriving at her 'I Choose' after party, powered by CÎROC, at Acabara, Los Angeles

The black and white silent short film was made for her charity campaign against human trafficking.

To learn more about the I-Choose Campaign, visit the website
www.ichoosecampaign.com.