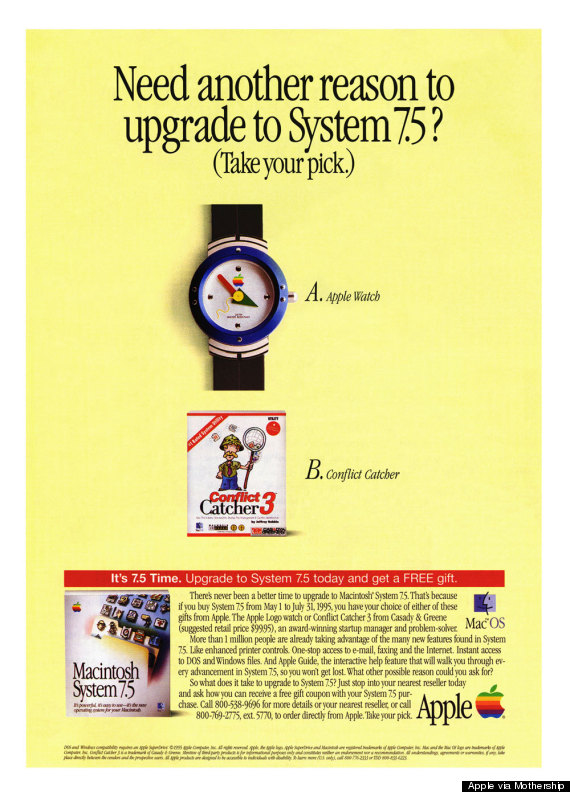 Sort of. In 1995, Apple ran a promotional campaign in which it gave away either an "Apple Logo watch" or a piece of software called "Conflict Catcher" to anyone who upgraded his or her Mac's operating system before July 31. Back then, Microsoft's Windows 95 was decimating Apple's PC business and Steve Jobs hadn't been working at Apple for a whole decade.

In 2013, reports came out that Apple was reviving its efforts to make a watch (much more seriously this time). Don't expect to see a primary color palette or squiggly seconds hand in the latest version.