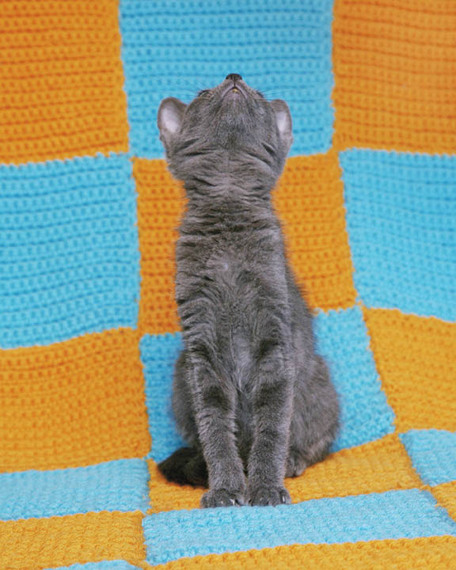 Many street photographers likely know Arne Svenson, or at least his work. He's that guy who photographed his neighbors through their windows and then got sued. He won. If you want privacy, close your curtains said some wise judge up Albany way. Although the judgement is under appeal, I have to say that these "neighbors" should lighten up a bit. Read the earlier HuffPost story here.

The neighbors series masks all faces, thereby not revealing identities. Furthermore, not only is Arne's passion for producing art obvious in the work, but his compassion for his neighbors is also apparent. It's great photography and I, for one, would have been honored to have been featured. Despite all of this, what truly amazes me is the fact that people pursue (even sue) an artist with clearly artistic intentions, but blindly allow the state and private enterprises to photograph them both obsessively and intrusively. That is to say, I'd rather be featured discreetly in a work of art, than have a mugshot of me picking my nose in an elevator being stored goodness knows where and for heaven knows for how long. People need to reevaluate their priorities on this issue, to say the least. But I digress.

So what is Arne up to these days? Cats. Lots of cats. His new series, "Strays", is a wonderful glimpse into the world of domesticated (or not so much) cats. One might wonder why we need to see more photographs of cats, especially online, but these images are a little different. The seemingly zillions of images of cats online all seem to have one thing in common - they each have two little beady eyes gawking into the camera. But here, not unlike in the neighbors series, Arne masks their identities. No faces. Cats, being the media hounds that they are, must surely have had to have been tricked into this and that's precisely what I wanted to find out. 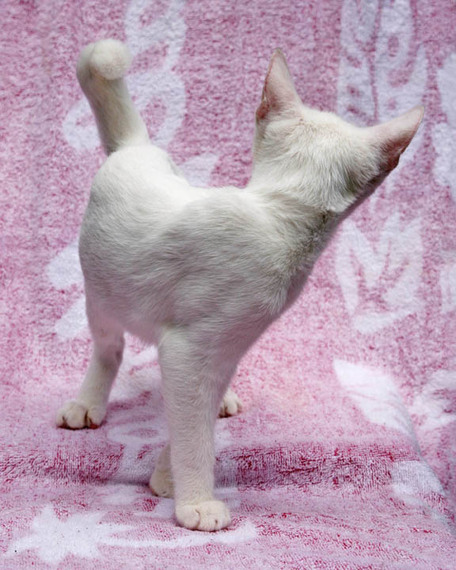 Michael Ernest Sweet: Arne, this is another series of yours that I really admire, and I'm not really even a cat person. At least I've given up on owning cats... if you can really 'own' a cat. Again here we, the viewers, are deprived of the faces - the identities. Why did you shoot these cats in a way so as to hide their faces?

Arne Svenson: In making the decision to photograph kittens I fought the desire to amplify their cuteness; rather I was interested in their aloofness, the seeming lack of need for our loving gaze and attention. How often do we call our cat, only to be met with the slow turning of the head, the "talk to the tail" attitude? It was the recording of this ubiquitous pose that enticed me, kicking and screaming, into the world of kitten photography.

AS: I decided to photograph kittens as an antidote to a series I'd been working on photographing forensic facial reconstruction sculptures in medical examiner's labs. The shoot sessions were so brutal that I needed a 100% contrast and what could be more antithetical to working in morgues than taking photos of 6-week old kittens? I also liked the challenge of taking images of a much-photographed subject and seeing what divergent perspectives I could apply. 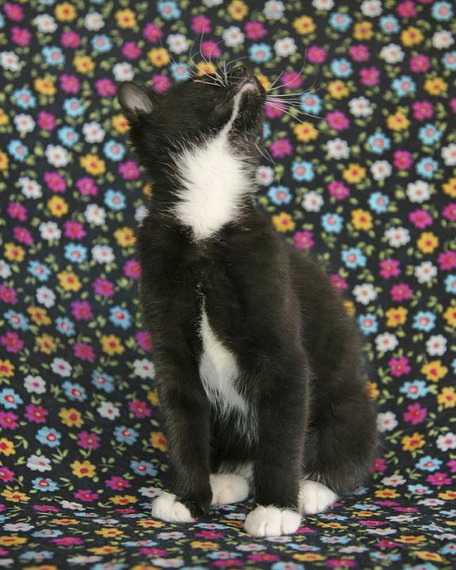 MES: Well you were successful. These photographs are not only different, they are also enchanting and beautiful. One imagines cats as perhaps the least cooperative subjects. Was it difficult to shoot this series? Did these cats cooperate or was there a lot of 'preparation' involved?

AS: Cooperation is not a word I would use in the same sentence with kittens - what we did was wrangle them, as you would cattle or jungle animals. I would photograph 5 or 6 per session - my "wranglers", Liza and Charles, would distract, cajole, and plead with the kittens to turn their heads away from the camera, hopefully while their bodies were facing forward to get the full effect of their presumed disdain. 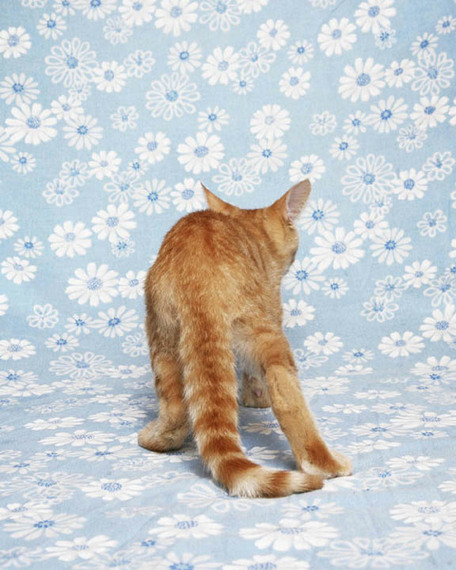 MES: The backdrops in this series play a crucial role in attracting the viewer. Why did you select this approach - busy prints, florals etc?

AS: Not only do the garish backdrops play a crucial role in attracting the viewer but also the attention of the kitten. When I decided to photograph the cats turned away from the camera I needed something for them to, at least theoretically, be looking towards. The backdrop had to represent a world more interesting than what the viewer of the kitten/photograph provided. 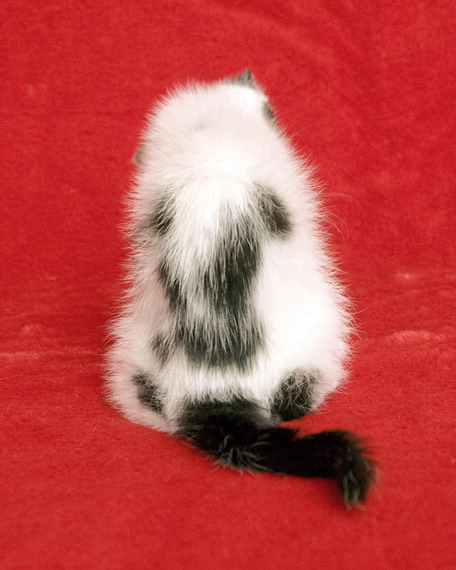 MES: Where did all these kittens come from?

AS: I borrowed the kittens from Animalkind, a cat and kitten rescue facility in Hudson, New York. After considerable questions regarding my credentials and intent, the workers who run this wonderful program were generous enough to allow me to photograph as many kittens as I wanted. The project, which I worked on periodically, took about two years to complete. 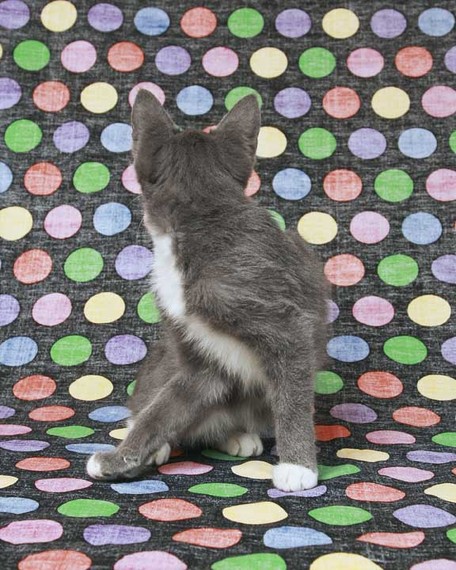 MES: Tell us a bit about your concept for this project, how it came about etc. I find the photographs very unique and interesting, despite the fact that cats seemingly 'control' the internet. Yet, we always see cats peering out from internet land with an eagerness to be seen. Here it's different, you've suppressed that hunger for individual fame.

AS: I was much more interested in portraying the inner life of the kitten rather than capturing images of the cuteness factor so prevalent in cat photography/the internet. Cuteness can be one-dimensional and a steady diet of it can smother the marvelous fact that our pets have more to offer than just a warm and fuzzy countenance.

MES: Can you tell us a brief story about one of the cats specifically? Perhaps about a moment in the studio that you shared with one of them.

AS: I think my favorite kitten, of the fifty or so I photographed, has to be Amber. She was a feral kitten, about five weeks old, who was totally wild, unpredictable and wonderful in her crazy antics. Rarely have I seen a kitten climb up a sheet rock wall, but Amber was a master. The only photographs I have of her are totally unusable as they are just a blur of fur, racing across the backdrop with tiny paws barely touching the cloth. 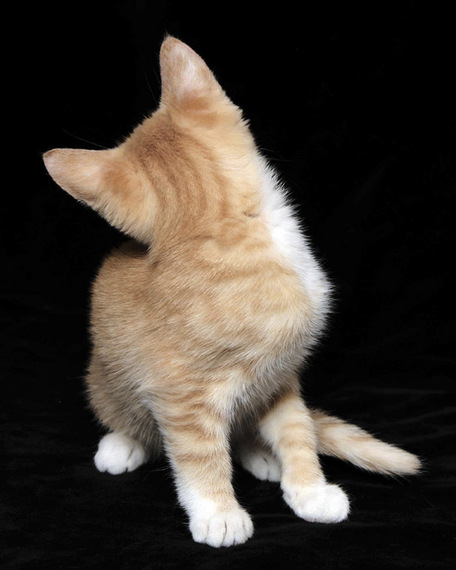 MES: Briefly, tell us about the technical setup and equipment used.

AS: To photograph the kittens I used a Canon 5d digital SLR camera using daylight combined with strobe (flash) fill. I bought the background fabrics from thrift stores and, as I've stated, had two helpers/wranglers who would position the kittens, as best they could, on the backdrops. 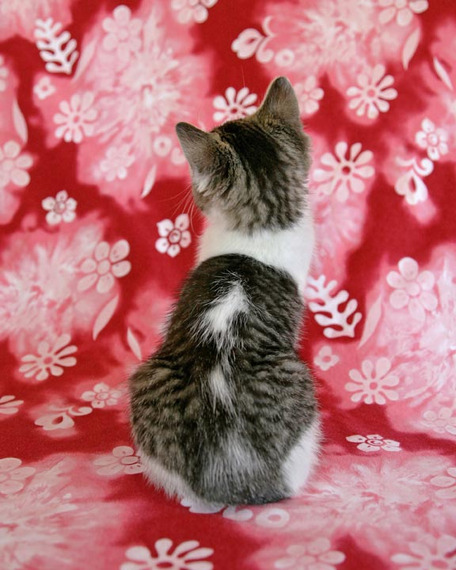 MES: How did you get into photography? Are you self-taught or did you complete some formal training?

AS: I have a special education teaching credential from Dominican University of California. After graduation I worked with developmentally disabled infants in a state-run program. When I left the program I moved to New York and taught myself photography. 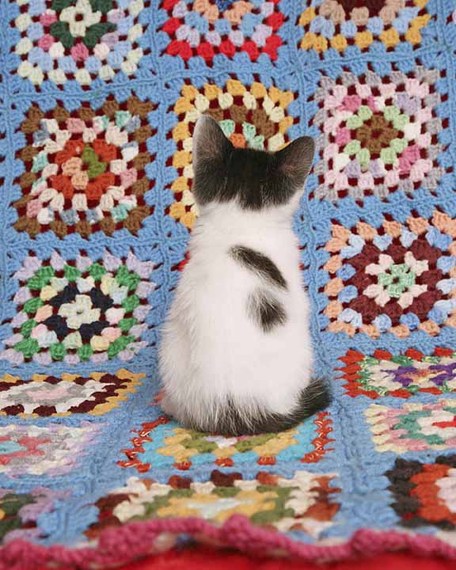 MES: That's interesting. I'm a teacher by day at an alternative school. Some days I too wonder about giving it all up and going off to photograph cats (laughing). Arne, what's next?

AS: That's a good question. Currently I'm working on a number of projects and just waiting to see which one surfaces to the top and takes precedence over the others. I'll have to leave it at that as I never talk about my projects until the body of work is completed. 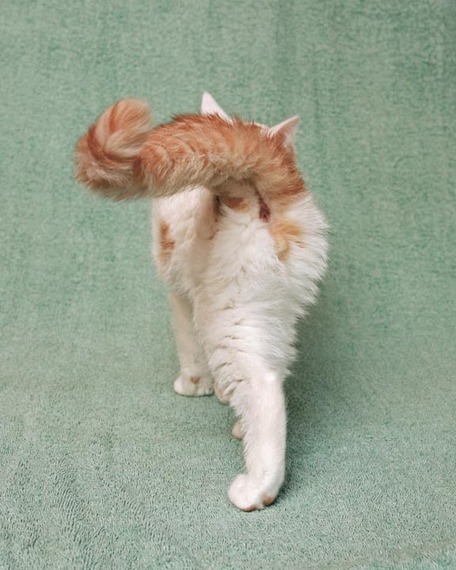 MES: Arne, thank you so very much for sharing this wonderful series with us. Once again, cats steal the stage!

AS: Thank you, Michael.

Want to see more of Arne's great work? Visit his website at ArneSvenson.com.

Want to see your photography featured here? Tweet me a link to your portfolio @28mmphotos. Please no email submissions.