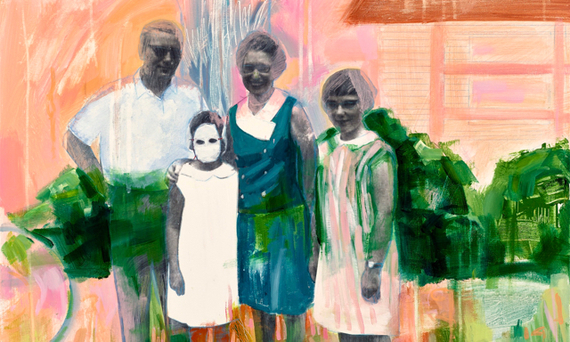 Hiding in Plain Sight courtesy of the artist 2016

TERRIBLE BEAUTY: under the canopy

It was one of those warm, humid Midwestern days made slightly more tolerable by the light afternoon breeze. I was making my way home after another day of riding around on my blue metallic Huffy. In this small town in 1966, there were no bounds to my exploration. After all, my daily routine included riding up to the town square's drugstore to buy pixie sticks or candy cigarettes, checking out the back issues of Jack and Jill at the library or stopping in at the appliance store to see if any refrigerator boxes were available for my ongoing architectural projects. Nothing too unusual, and not many risks along the way. Just as I rounded the corner of my street I noticed four or five teenage boys loitering in the distance on the sidewalk up ahead. I didn't think anything of it and assumed they would step aside as I approached. It would never have occurred to me to ride into the street to avoid them. My mother's rule ran through my head: only go where there are sidewalks and stay on the sidewalk unless you are crossing the street. They must not have known my mother's rule, since they didn't move to let me pass by. Instead they blocked my path, took my bike away and quickly pulled me into the nearby woods to sexually assault me. My carefree bike ride had become an irreparable encounter which changed my life from that day for many years to come.

What happened was so far beyond my understanding. As an 8 year old I lacked any sort of context to make sense of it. Complete trauma, confusion, and a vague sense of shame influenced my decision, before I even made it home that day, to never tell anyone. I kept that promise to myself for over twenty years. The death of my father seemed to be the trigger that washed away that cracked and broken wall. Grief for my Dad infused itself with sorrow for the innocence that was lost the day of the assault. His death reminded me of the "unsafeness" of the world and somehow I now felt as vulnerable as that day when I was a child. The secret became an overwhelming burden and I knew it was time to let it go. I chose to break my silence and thus began the long and cumbersome journey to healing. 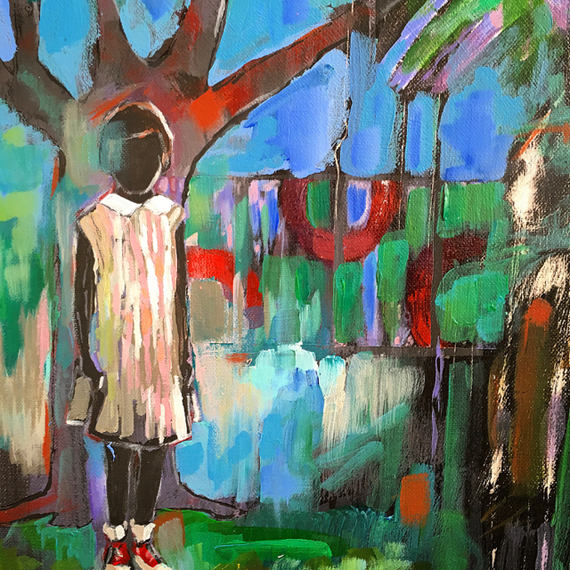 Fear was My Imaginary Friend courtesy of the artist 2016

Years later, in 2006, I was sitting with a group of homeless women from Mary's Place - a day shelter for women and children in Seattle. I grew to know and love these women through my weekly volunteer work teaching art. When I witnessed how they handled the daily grind of life on the streets, I came to see them as some of the strongest and most courageous women I had ever met. One day, while we were painting, the subject of childhood sexual assault came up. Each woman had her own heartbreaking story. I sat in silence, not ready to share mine. It bothered me a bit that I couldn't speak up, so while sitting there I made up my mind. I would take that step into the wider world. As an artist, I would someday explore this very personal and difficult subject.

There are really no words to describe how my mind and senses became overwhelmed at the moment of of trauma. At a certain point during the incident, my brain attempted protective distractions: the tree above, the tilt of the bicycle wheel by my head, the blue sky through the leaves. These distractions were all innocent enough in isolation. However, over time, they morphed into visual metaphors of the day the world became a dangerous place. All these years, these images in my head seemed to be the natural beginning of my visual diary. The experience as an adult looking back and identifying the overt and obscured psychological carnage became a powerful vehicle for expression and closure. The process of returning to the day of the assault has been neither short nor easy. Going to that very dark space and time demanded honesty, and a certain kind of fearlessness and compassion for myself. After an initial and difficult reckoning, the physical experience of expressing my words and ideas proved strongly cathartic. In addition, the repetitive nature of completing certain pieces became a deliberate meditative journey to healing. Frankly, it stunned me that after completing the work I was left with the unmistakeable sense a tremendous weight had been lifted. After all of these years, I am no longer followed by the lengthened shadow of fear and subtle undercurrent of impending doom. They have finally faded. In the end, this mental, emotional and artistic journey which has been years in the making has been well worth it. Going back and giving that small girl a voice has made all the difference.

The exhibition, "TERRIBLE BEAUTY : under the canopy" will take place June 2 - July 3 at Gallery 110 in Seattle. Images and writing are viewable at www.amypleasantseattle.com
More information is also available at www.gallery110.com 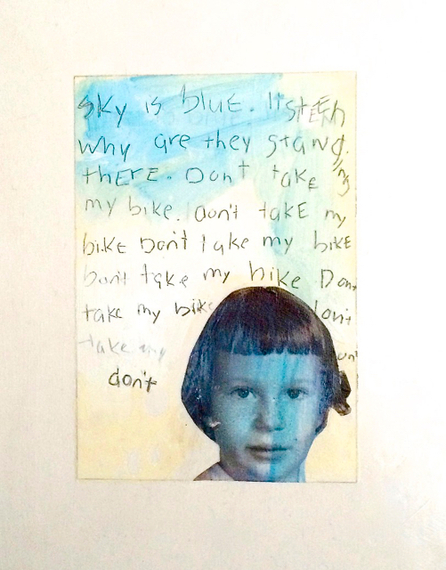 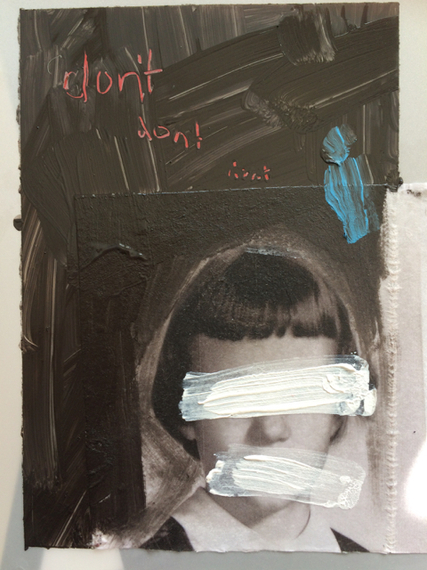 Voices in Her Head courtesy of the artist 2016

Under the Canopy courtesy of the artist 2016 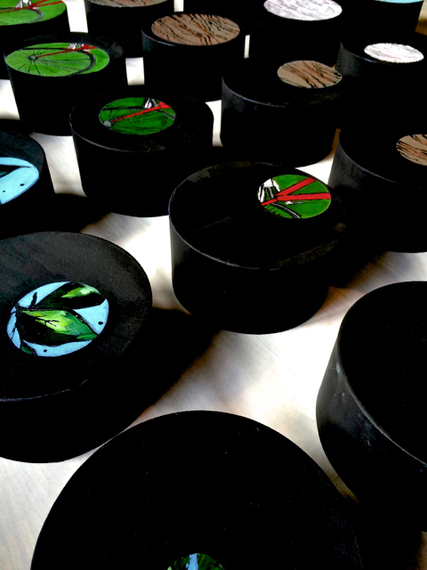 The Mind's Aegis courtesy of the artist 2016