How does that happen?

A first observed instance of an asteroid breaking apart now has astronomers baffled, Reuters reported. The new images, captured throughout a period of several months by NASA's Hubble Telescope, show an asteroid disintegrating and breaking into at least 10 pieces.

What's puzzling scientists is what led the asteroid to disintegrate. Unlike most space rocks that break apart after a head-on collision, asteroid P/2013 R3 appears to have crumbled without an impetus.

So why did the asteroid suddenly break apart? 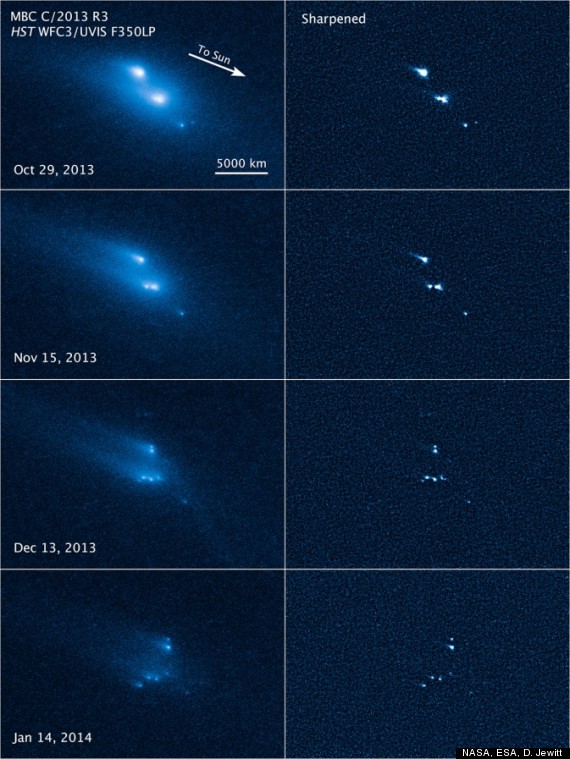 After the crumbling space rock was spotted during a sky survey in September 2013, researchers decided to take a closer look at the mysterious asteroid with the help of the orbiting Hubble Space Telescope. The team continued to track asteroid P/2013 R3 over a period of several months. (Image credit: NASA, ESA, D. Jewitt)

A team of researchers explained in a paper in the Astrophysical Journal Letters, published online March 6, that sunlight may be a factor in the asteroid's disintegration. The researchers describe a "subtle effect" in which sun rays could have caused the asteroid to rotate slightly faster. As the space rock's rate of rotation gradually increased, centrifugal force caused pieces of the asteroid to pull apart. Over time, an asteroid under this type of force would appear to disintegrate from the inside out.

This scenario seems the most likely, the researchers said, since a head-on collision would have produced a much more violent and immediate disintegration. However, it's possible the asteroid experienced several smaller collisions with other asteroids in the past, since that would explain why pieces of the asteroid came apart so easily.

"This is a rock, and seeing it fall apart before our eyes is pretty amazing," lead researcher David Jewitt, of the University of California at Los Angeles, said in a statement released by NASA. 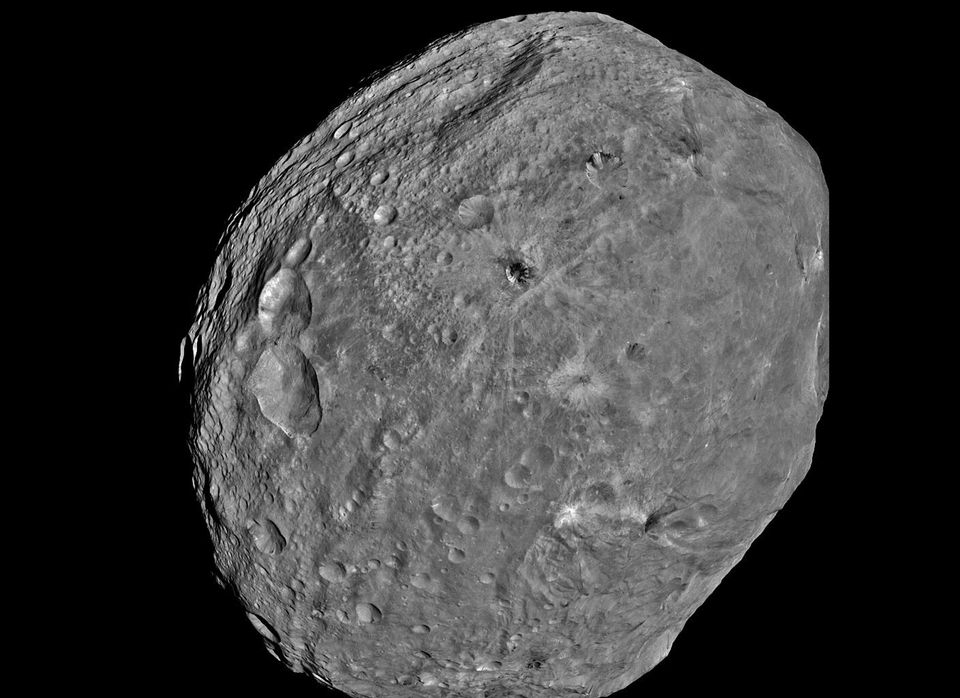