A baby weasel took the ride of a lifetime on the back of a woodpecker, and a photographer just happened to be lucky enough to capture the amazing moment.

The photo shows a weasel soaring atop a majestic green woodpecker. But, as BuzzFeed so cleverly phrased it, this was no fairytale pairing:

As much as we’d all like to believe this is a wondrous tale of friendship wherein two mates go on an epic adventure featuring a baby weasel and his magnificent flying steed, sadly it’s NOT. It’s a photo of a weasel trying to kill a woodpecker.

Photographer Martin Le-May was on a walk with his wife at Hornchurch Country Park in East London on Monday when they heard a distressed call and spotted a woodpecker fall behind some grass, Le-May told The Huffington Post UK. The bird was thrashing, and Le-May and his wife noticed there was an animal on its back. It was a weasel. 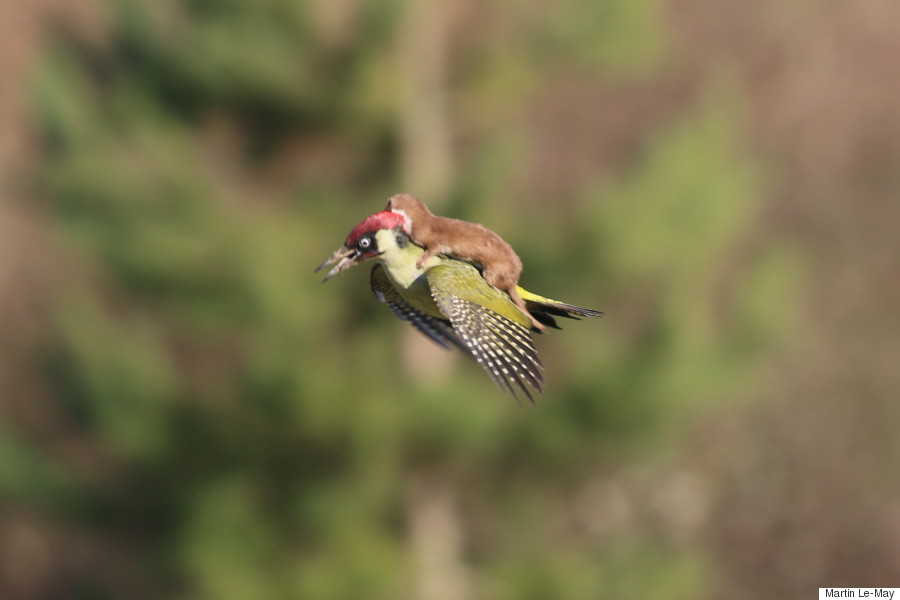 "The woodpecker landed in front of us and I feared the worst," he said. "I guess though our presence, maybe 25 metres away, momentarily distracted the weasel. The woodpecker seized the opportunity and flew up and away into some bushes away to our left. Quickly the bird gathered its self respect and flew up into the trees and away from our sight. The woodpecker left with its life, the weasel just disappeared into the long grass, hungry."

Wildlife expert Lucy Cooke explained to BBC News that while they usually attack rabbits, weasels are "fearless" predators and it isn't totally shocking that one would go after a woodpecker, a ground-feeder.

"A female weasel weighs less than a Mars Bar but is as ferocious as a lion, so this is why the woodpecker would have been able to take off with it on its back," Cooke said.

This Photo Of Baby Weasel Flying On A Woodpecker Won Our Hearts -- Until We Realized What Was Happening
Unlikely Animal Friends: Tiger Cubs, A Fawn, And Potbellied Pig 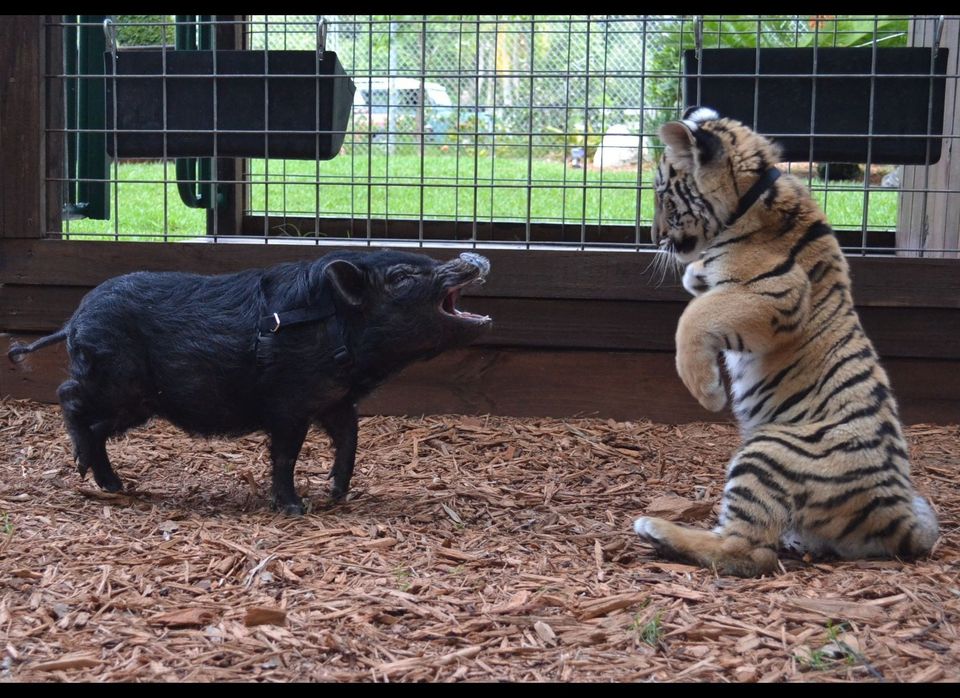