In order to prepare for the pandamonium, we recommend watching as much Bao Bao footage as humanly possible. Like this video of the cub rolling around with her favorite toy.

It's no surprise that Bao Bao, who is often featured on the National Zoo's Instagram, has won the heart of America with her adorableness. Just look at that face!

Here is Bao Bao looking like the cutest animal ever to grace the planet Earth.

Giant pandas are an endangered species, and a limited number still live in the wild. To learn more, visit the World Wildlife Fund. 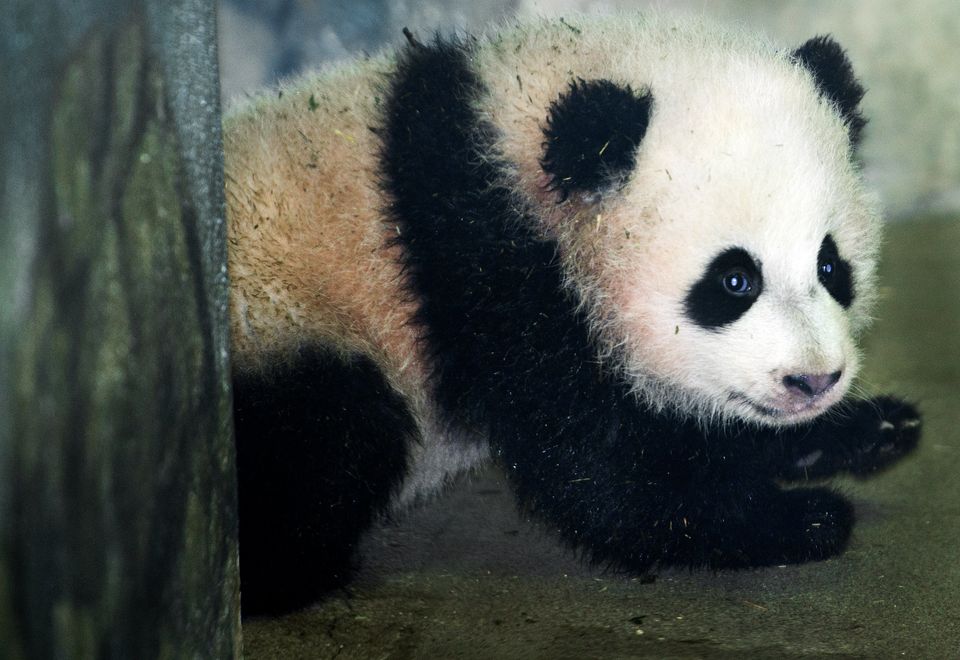 1 / 24
Bao Bao, the Giant Panda cub is seen by the media for the first time January 6, 2014 inside her glass enclosure at the Smithsonian's National Zoo in Washington, DC, a few days before going on display to the general public. Bao Bao was born at the Smithsonian's National Zoo August 2, 2013. AFP Photo/Paul J. Richards (Photo credit should read PAUL J. RICHARDS/AFP/Getty Images)
Getty Images