We wake up each morning to more unrest around our country. We turn on the news to hear arguments and debates as our nation prepares for another election. Race relations in our country are suffering.

That's why I'm surprised about the response I've gotten to Diversity & Inclusion As A Business Imperative? I Think Not. It's been good. Better than I thought it would, in fact. It never ceases to amaze me. When I speak the hard truths and have the courageous conversations, most people respond.

Not only do they respond, but they respond favorably. They want to know what to do? Where to go from here? What they can do right now - today - from where they are?

My answer? Be courageous. And then become a multiplier.

As an African American female, I definitely stand where I am today because others were multipliers. They willing to make choices in their own lives to help me. To take risks. To step out. Sometimes they were choices that would put them in harm's way...

I was born in Mobile, AL, in 1959. It was a very tumultuous time. Segregation was alive and well. The Ku Klux Klan was a reality. Every day for a person of color brought negative reminders that you were not valued.

I began grade school attending a public school where all the black kids went to school. After my second grade year, integration of schools began. In fact, my sister and I were the first to integrate the Mobile Catholic School System. I was very excited about the opportunity to go to what I perceived to be the "good school." The problem was that the good school was filled with children who had been negatively influenced by their families - and they weren't ready for me. It wasn't too long after beginning my 3rd grade year that I experienced one of the most horrific experiences of my life.

I was out playing on the playground and one of my classmates yelled at me to go home. He said, "We don't want any dodo babies here." That sparked another classmate to say, "They don't call them dodo babies. They called them niggers." I was mortified. The rejection was overwhelming.

My pain was only relieved when my beloved grandmother swept me up into her arms when I got home. And the words she whispered in my ear - oh, how wise she was. She whispered words that brought her legacy alive in my spirit. She told me to remember that I was put on this earth for a reason and that there would be plenty of times that I would go places and be the only the person of color. But that it is not what I am called, it is what I answer to that matters.

Those words changed my life. My grandmother had a personal conviction to make sure that she infused a belief in me that hope of a better day. The hope that good opportunities were coming.

And good opportunities - always brought by people, by multipliers - did come...

But there was one family - the Donaghey's - who opened not only their doors but their hearts to me. I was welcomed into their home. They constantly poured a belief into me that things were going to get better and that I would be accepted. They would take me places where blacks were not welcomed. They put their own lives at risk. And I'm not just saying that for dramatic effect. It was true. 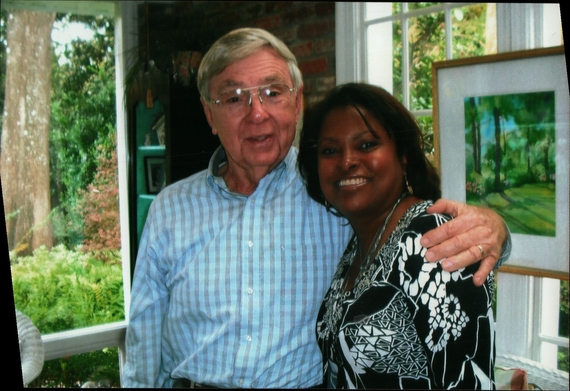 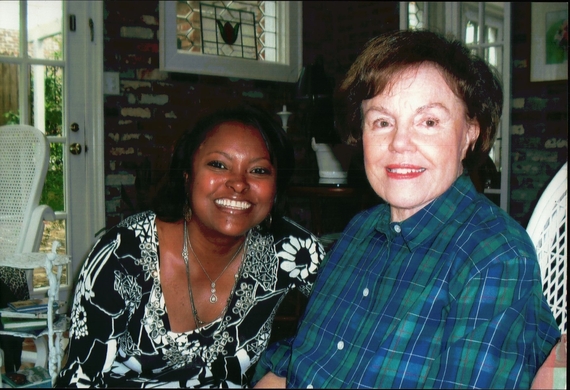 The Klan would "reward" whites (if they caught them with blacks) who they believed defected from their beliefs with beatings. But the Donaghey's were convicted. They did what they thought was the right thing to do. And their choices made a difference in my life.

Their choices made ALL the difference in my life.

Those moments in time impacted me. Impacted my life. And the lives of my children and my children's children.

It doesn't matter where you are, your education level, or your job title, you are called to be a multiplier. You are called to create those moments for others. Help others. Serve others. Encourage others. Reach out to those different from you. Have the hard conversations. Be. The. Change.

Be a multiplier. THAT is what we can ALL do. Right now.