Note: The images below may not be appropriate for viewing in work or other sensitive environments.

A steamy new book from Petra Mason and published by Universe brings you some of the hottest vintage male imagery from the mid-twentieth century.

Called "Beefcake," this incredible documentation comes complete with a foreword from drag legend Lady Bunny. Check out the essay, as well as a selection of images from "Beefcake," below. 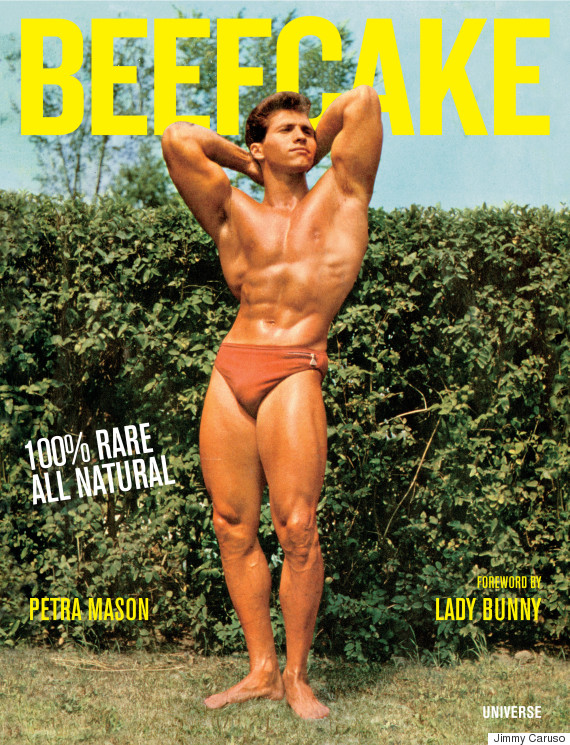 "I don’t know if you’ve noticed, but Hollywood male A-list stars usually aren’t hot anymore. In the 1980s, I began to wonder why leading Hollywood actors had lost their movie-star looks. Nicholas Cage, Bruce Willis and Tom Hanks may have the everyman appeal of a Jimmy Stewart, but they don’t exactly make you cream your jeans and rewind that VHS to rewatch the parts of their films in which they disrobed. While actors should primarily be appraised on their ability to act, there is now a definite lack of male eye candy compared to former eras. And there’s nothing wrong with an occasional cheap thrill! I don’t mean merely attractive male leads. I’m talking about drool-worthy, impossibly good-looking hunks of the big screen whom the studio exploited for their sex appeal -- not their acting chops. (The way they still exploit their female stars.) When you saw a Victor Mature, Tarzan, or Steve Reeves movie, you knew the star was going to wear tight or skimpy clothes and engage in manly acts or dashing antics of some kind. Historical settings often provided the backdrop. What the hell happened to the hunks? I mean, George Clooney is certainly dashing, but he’s not an alpha male bursting with testosterone. And while action stars like Vin Diesel and The Rock may be fairly attractive, their movies seem to be geared more to a male audience who like to watch them blow things up than to a female or gay male audience who’d prefer to explode in ecstasy. 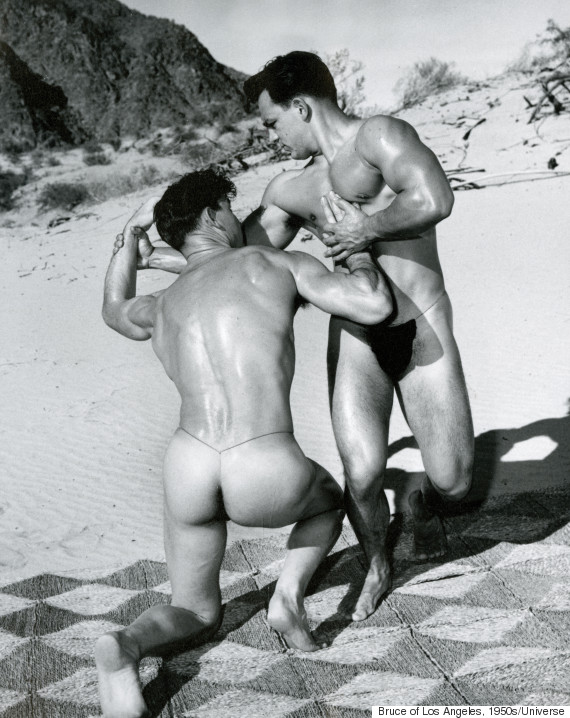 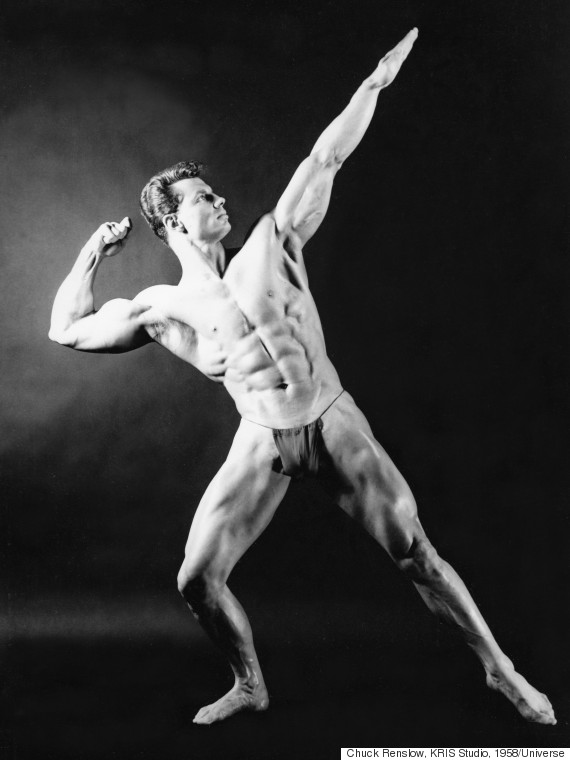 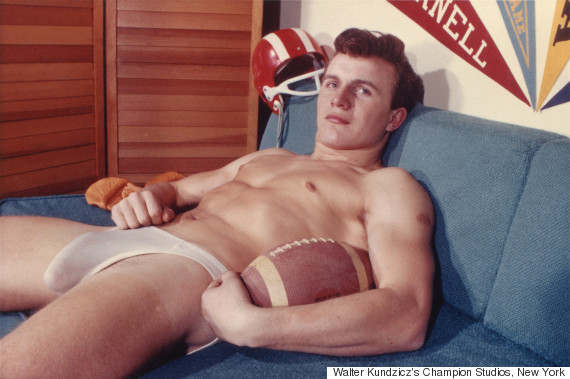 I guess the kooky text isn’t much different from the idiotic premises that still set up the sex scenes of actual fucking in every variety of porn to this day. In the studios’ quest for period settings, perhaps their budgets didn’t allow for historical accuracy. With models wearing thongs and with the focus on bulges, sinews, and jawlines, thankfully it was more about what they took off rather than put on. Props like swords or bows and arrows were added for authenticity. But while they were mixing periods, there is something so appealing about seeing a Greek god with short hair slicked back (styled with hair grease) or an 1800s cowboy with the classic, clean-cut side part and heavy bangs that were so popular in the 1960s. Images of the cowboys and Indians flirting rather than fighting with one another may be ludicrous, and today even considered politically incorrect. 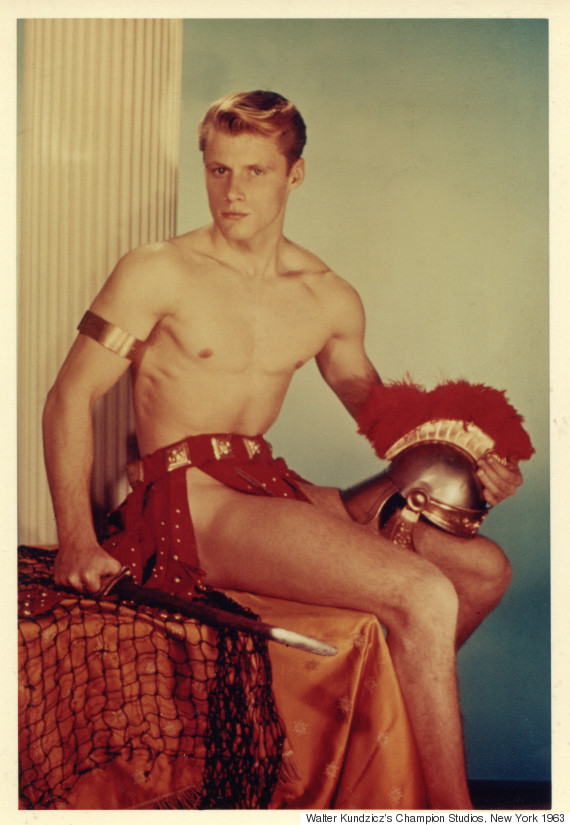 But we weren’t so focused on politically correctness back then -- closeted gays were so happy to get any porn at all that they’d rather get off to it than go off on it. The side of the brain that becomes sexually aroused is very different from the rational side, which is aware of society’s mores. What turns you on is what turns you on. And while it may not be very politically correct to say it, one of the reasons these models are so alluring is that they’re often straight. It irks some members of the gay community because it may hint at self-hatred, but many gay personal ads request “straight-acting” partners. Okay, so they’re looking for gay hookups but are turned off by gay mannerisms. I mean, how does one take a dick up the butt in a “straight-acting” fashion? 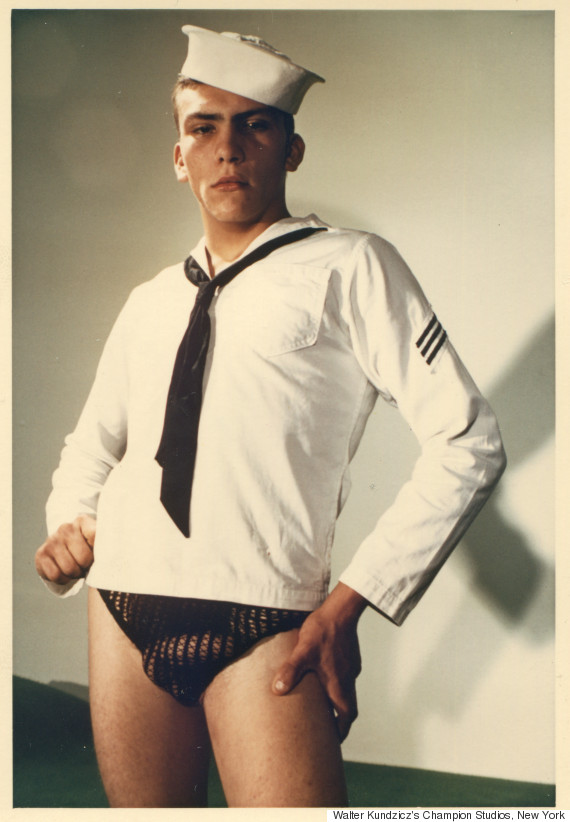 It’s a dichotomy that exists in the gay world, but the fact is, many go-go dancers and hunky bartenders hired in gay clubs are straight. There’s a hint that they could be gay-for-pay, which adds a little forbidden appeal and unattainability to them. PC or not, it drives some of us wild! If you are turned on by manly men, who is more manly than young straight men? While the wrestling matches and gladiator themes may be a tad hokey, I’m not sure that pictorials of fey hairdressers disrobing in a salon would sell many copies. In fact, some of today’s porn actors are so primped and pumped with bleached teeth, lip gloss, and plucked eyebrows that while they may have a dong down to their knees they are way too feminine for my taste. These guys are real men, with none of that overly styled fuss. Their muscles seem natural, not steroid induced. And you get the impression that these models were working-class guys, a little down on their luck, who perhaps didn’t realize how gorgeous they were. Sometimes their youthful innocence, raging hormones, eagerness to please, and complete lack of experience as models do somehow evoke the beauty of the gods of antiquity—even without the big budgets needed to create historical accuracy or themes that always make sense. I think that’s why these photographs are still being published today, just as we treasure the naively stunning low-budget flick Pink Narcissus from the same era. They’re some of the most sizzling homoerotic images of all time. Enjoy! 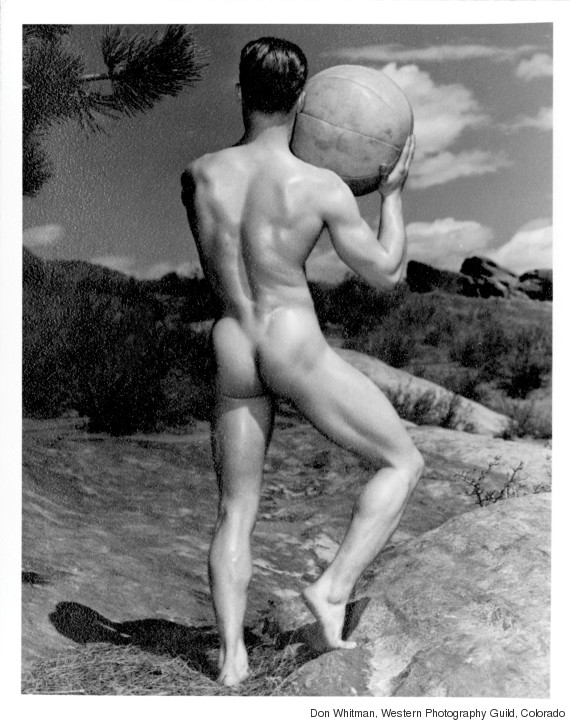 Join Lady Bunny on Sunday, March 29 for a release party of "Beefcake" where she will spin disco classic and sign copies of the new vintage photography book. The party will take place at NYC's The Monster from 6 p.m.-10 p.m.