We can't imagine why anyone would tire of ordinary bacon, with its rich flavor and crispy texture. Still, if you find yourself in that unfortunate situation, we've found a delicious alternative: beer-candied bacon.

We've already uncovered bacon-flavored candy, which apparently tastes like breakfast on a stick, and a recipe for adorable candy that looks like bacon. But what about actual bacon that tastes like candy?

Beer-candied bacon is made by creating a simple glaze made from beer and brown sugar, which is used to coat the bacon before baking it in the oven. It's as easy as that!

For further bacon-baking instructions and some tips on what type of beer to use, check out Tide & Thyme's beer-candied bacon recipe. 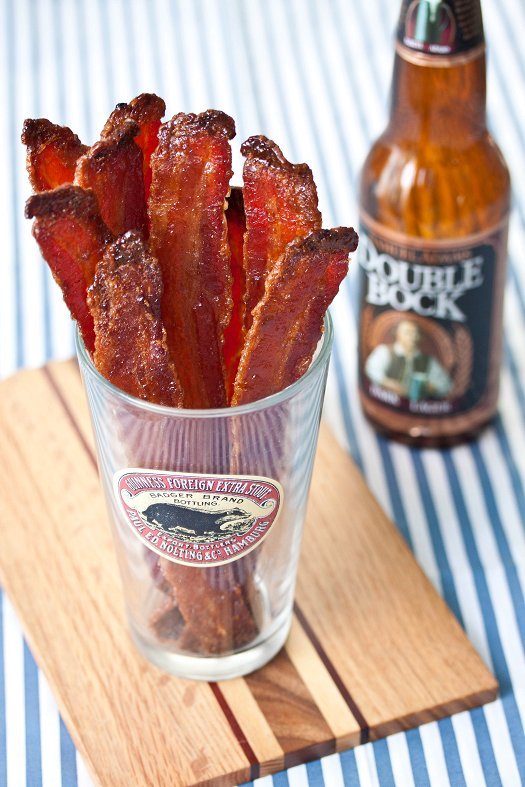