The classic film directed by Tim Burton came out 25 years ago, and tells the story of the recently departed who have become ghosts, and their journey through the Netherworld and our world. As such, what better time than Halloween to educate fans on little known facts and trivia about everyone's favorite "Ghost With the Most"?

1. The original tone was much darker:

While "Beetlejuice" deals with death and ghosts, is still often described as a comedy. That wouldn't have been the case if producers had stuck to the original screenplay. As The Playlist noted earlier this year, the original script included more gruesome violence and presented Michael Keaton's title character in this way: "He was envisioned as leather-winged demon whose humanoid form is that of a squat Middle Eastern man (subsequent drafts had him talking in a kind of African American pidgin dialect)."

Also, instead of the climatic scene where Beetlejuce tries to marry Lydia (Winona Ryder), in the original script he tries to rape her.

Beetlejuice was originally a more laid back, lounge singer-type character, so a former Rat Packer would've made sense. Luckily, David Geffen, who was overseeing the development of the film at Warner Bros, suggested Keaton, who eventually won the role.

3. You know who else was almost cast in the film's iconic roles?

Juliette Lewis was almost Lydia instead of Winona Ryder! 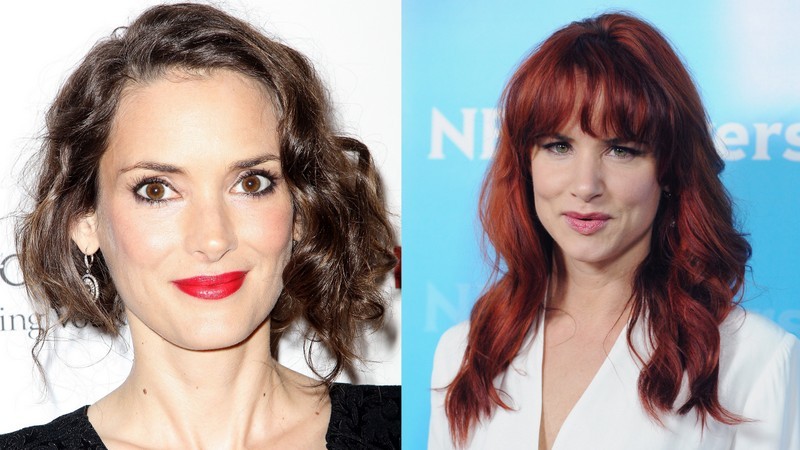 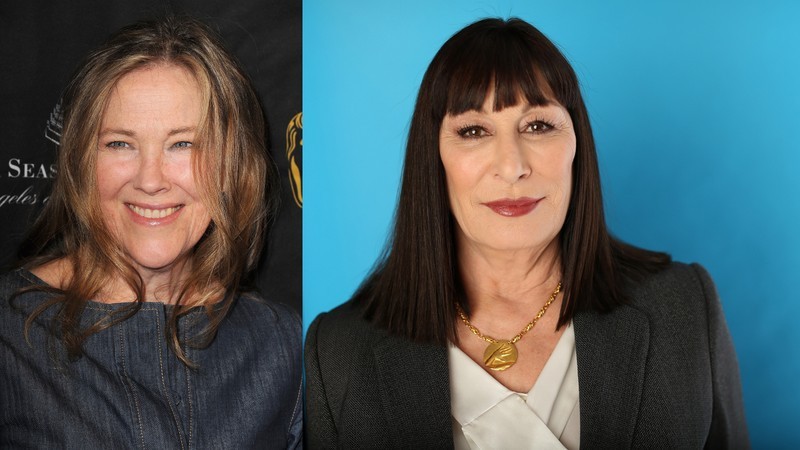 Even though the movie is called "Beetlejuice," the character only has 17 minutes of screen time out of a 92-minute running time. Keaton spent two weeks filming his part.

Beetlejuice is kind of a strange name when you think about it. Where does it come from? It's based on the Betelgeuse star which is housed in the Orion constellation and is the ninth brightest star in the night sky. Maybe the name just had a nice ring to it? 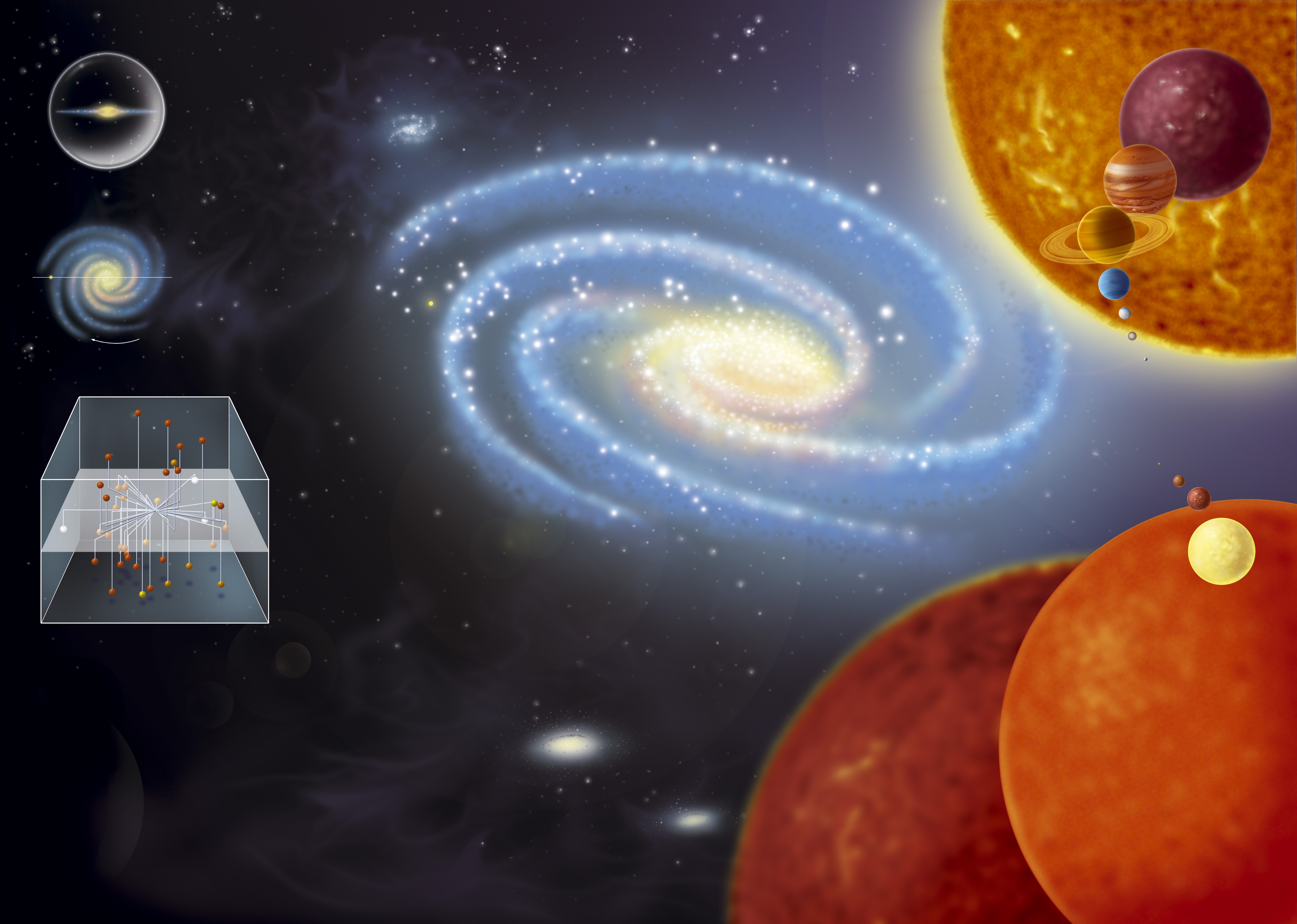 There were several scenes written that never made it into the final film, including one that showed the world of limbo between the living and the dead as giant gears (and hands of clocks) cut through actual fabrics that represented time:

Here's the scene from one of the original scripts:

-- The size of a man -- rolls by, tearing up the unseamed
ground. Something pours up out of the tear -- ooze or
stuffing.

Adam runs forward and stares after the wheel, which is
now out of sight.

looking very much like components of a giant watch --
spin along behind him. One of them veers suddenly
toward him, and though Adam jumps out of the way, the
gear snags his trouser leg and shreds it. LOUD TICKING.
A perfectly enormous gear comes barreling toward him.
Adam leaps out of its way. The gear turns, fish-tailing,
kicking up ooze and stuffing.

Adam flings himself suddenly to the right, but trips into
the path of the gear. As he's about to be crushed, he's
suddenly jerked up to safety.

The song by Harry Belafonte used during the dinner party possession scene is one of the most memorable moments in the movie:

Also, when Glenn Shadix who played Otho, passed away at the age of 58 in 2010, "Day-O" was the last song played at his memorial service.

"Beetlejuice" was a hit during its original release which of course led to merchandise like toys, and a cartoon continuing the adventures of Beetlejuice and Lydia:

The animated series proved so successful that it aired on ABC Saturday mornings, while also airing on Fox weekday afternoons, for two seasons. Over 100 episodes were produced.

Speaking of merchandise, if you want your own "Handbook For the Recently Deceased" look no further than Etsy! 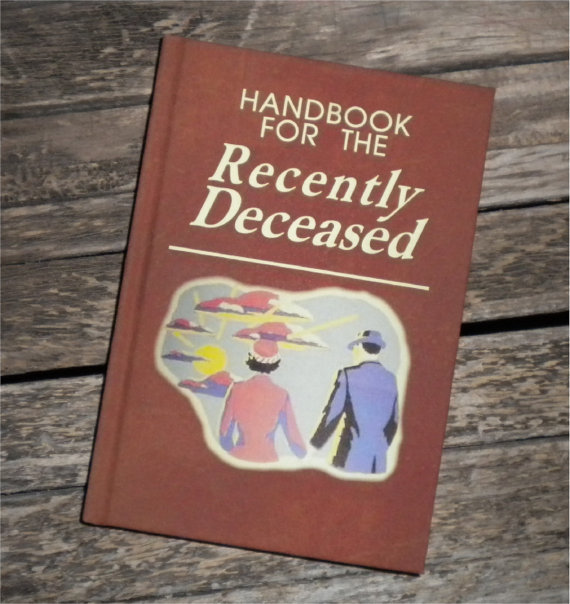 Check out the video below to see some of the graveyard rock n' roll action:

A sequel to "Beetlejuice" has been Hollywood lore for years. Ever since the original was released and proved successful, Warner Bros. wanted Tim Burton to make a sequel. The studio eventually brought on Jonathan Gems (who went on to write the "Mars Attacks!" movie for Burton) and traded the New England setting of the original for a tropical one, in what eventually became known as "Beetlejuice Goes Hawaiian." 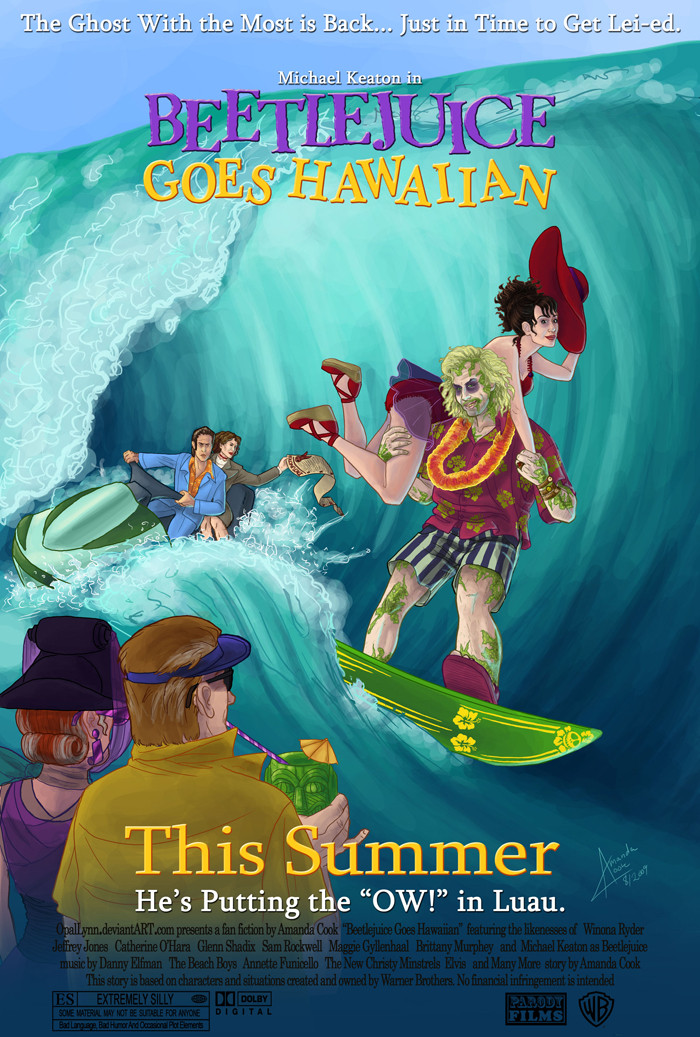 A synopsis of the never-made film from Creature Features reads:

Meanwhile, the now college-aged Lydia is visiting a Hawaiian tropical island, Kanooka, where her eternally obnoxious parents are planning to open a fancy hotel, “The Deetz Paradise.” A group of local beatnicks are upset that the hotel will ruin the island’s environment but their complaints to Deetz fall on deaf ears. In addition to the beatnicks, a band of ancient Hawaiian ghosts are none to pleased about the hotel; they try to recruit Beetlejuice to frighten away Deetz and his developers, but he declines because his license to scare has been revoked.

The script ends with a climactic scene where Beetlejuice wreaks havoc on the island by turning into a creature named "Juicifer," and Lydia summoning a giant tidal wave that washes the island clean of all the demonic creatures conjured by Beetlejuice. The proposed sequel was bizarre to say the least, but screenwriter Gems defended Burton's idea: "Tim thought it would be funny to match the surfing backdrop of a beach movie with some sort of German Expressionism, because they're totally wrong together."

Now 25 years later, it is reported that a sequel is finally going forward with Burton in talks to direct and Keaton returning to star. Seth Grahame-Smith, who wrote "Abraham Lincoln: Vampire Hunter" and Burton's version of "Dark Shadows," is working on the script, so whether the Ghost With the Most goes tropical remains to be seen.

And if a sequel goes through which pop star would love to be involved? Ms. "California Gurl" herself, Katy Perry, as she recently said in a Q&A before her Hollywood Bowl concert earlier this month.

So what are you waiting for? Say his name three times and spend the most ghoulish day of the year with your favorite ghost, Beetlejuice!