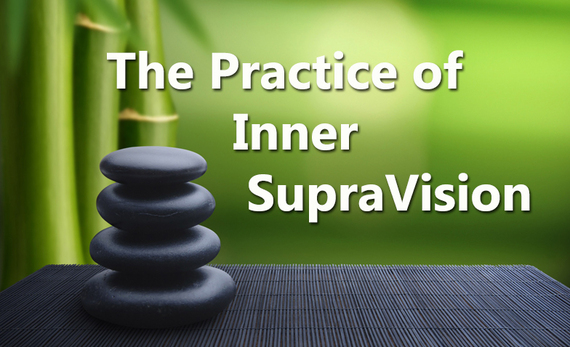 I was recently asked during an interview what I thought the most important leadership principle and practice might be. My reply was, "being a leader of one." This translates to recognizing that leadership is an "inside job" and that leading ourselves is a prerequisite to effectively leading others. In other words, one engages in the practice of leading themselves into the very places they want others to go.

While this approach may seem obvious, who among us would be willing to initiate the virtue of respect with another, especially if we feel the person does not respect us, or has done little or nothing to earn it? One might conclude they don't deserve our respect, or that they are incapable of recognizing its value. But upon reflection, how will that individual ever grasp the value of respect and the true gift it is unless someone is willing to model it for them?

This "inner leader" exists at the very core of who we are, but not the "who" we ordinarily assume ourselves to be. It is rather, an extraordinary aspect of our identity that possesses exponential capabilities and a humble, yet powerful presence demonstrated by just about every great leader we've ever modeled ourselves after.

If it's true such a superlative leadership resource exists within us, then why do we not see more of it being demonstrated by those in positions of influence? For one very simple yet challenging reason. Just as two objects cannot exist in the same space at the same time, when our ego is in the way, our greatness is out of reach.

It's not that a leader of one is "egoless," but rather that they've learned to develop an acute sense of self-awareness, a perpetual inner witness that enables them to observe and make adjustments to their own behaviors in real-time. The moment they notice their ego getting in the way, they nudge it to the sidelines so as to allow their greater character to step forward and lead the way. Staying out of our own way may sound antithetical, but it's a fundamental practice embraced by every inspiring leader I have ever known or worked with.

This self-initiated approach to leadership development isn't mystical or metaphysical, nor is it a new concept. In fact, the term entrepreneur first defined it as "one who undertakes command." This command however has nothing to do with exercising authority or control. Rather it's about taking the initiative to set our personal agendas aside and access a wiser "supravision," or leadership greatness dwelling within us. (The prefix, supra means "above and beyond" and is a very real aspect of our character, a visionary faculty that becomes available as we raise our level of awareness.)

So what are the benefits of being a leader of one? Four specific benefits:

1. Greater Presence and Choice is a "mindfulness" practice having to do with our capacity to be in the moment and choose to either react or respond to any given situation. Without the faculties of presence and choice we tend to engage in "knee-jerk" reactions that lead to detrimental outcomes. Exercising choice requires giving up the notion that we have no choice, and therefore no power to reshape our circumstances. Second, it requires accepting our circumstances for what they are, just as they are and being in gratitude for them before trying to change them into something better or different.

2. Accelerated Performance is about producing greater results in less time. When our ego is out of the way there are no distractions of blame, shame, guilt or self-doubt to slow us down. All the energy we expend dealing with our perceived limitations suddenly becomes available for our positive forward movement. Also, in the absence of the ego's critical nature, we are no longer compelled to invest our time and energy in negatively judging ourselves or others when things don't go as expected.

3. Enriched Personal Relations is a natural outcome of taking responsibility for leading ourselves into positive and supportive attitudes and behaviors. The more we get in touch with and demonstrate the superlative aspects of our character, the richer and more fulfilling our relationships become. The old African adage "be wary of barefooted strangers offering shoes" applies in this case. In other words, if we want fulfilling relationships with others, we need to "wear" the very behaviors we want from them.

4. Increased Contribution is also a natural outcome in that as we mature our higher faculty of supravision our leadership capabilities exponentially increase. And as we become more capable leaders who demonstrate what we promote, we are granted ever greater opportunities in which to make contributions to others.

So are you a leader of one? The good news is all it takes is being willing to lead ourselves to the very places we want others to go. And while it sounds simple, it's not so easy. Nothing is more challenging than acknowledging that our complaints about "other people" say more about our character than theirs. As a leader of one it is our challenge to either stop criticizing the negative actions of others, or to do something to make a positive difference in their lives. By doing so everybody wins. Naysayers acquire more access to the greatness within them, and we have less to complain about and more to be in gratitude for.