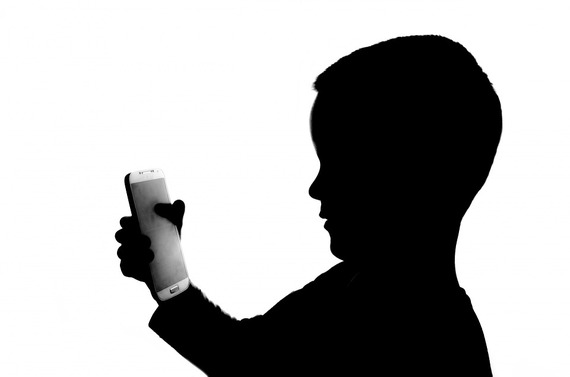 Remember Baby Einstein? About a decade ago so-called educational DVDs for infants and toddlers made for a $500 million business. Plunk your little darling in front of a screen, press play, and soon enough your young one could explain the theory of relativity. Purchase Baby Mozart, and a full-blown symphony might emerge from the crib. Or how about a 'lil playwright to dramatize the trials and adventures of being only 2? Why, buy Baby Shakespeare of course.

All of these were marketing bunk, not unlike Lumosity's over-hyped "brain-training" for adults. Clearheaded studies refuted extravagant claims. These putative baby-brain enhancers failed to improve cognitive development at all. In fact, they could harm babies' brain development by riveting their growing minds on screen worlds instead of the real one.

Growing brains need real-life stimulation, particularly human interaction, in order for neurological pathways to take shape properly. Television's two-dimensional field won't do: it lacks formative power even if it does make for a cheap babysitter. A 2008 report on infant television viewing cautioned that "flashing lights, scene changes, quick edits and auditory cuts may be overstimulating to developing brains." The report also pointed out that every hour a baby spent watching TV was an hour less that he or she could be doing something far more developmentally important or meaningful. [1]

It is no surprise then that companies selling to infant and toddler customers have been forced to backtrack claims about being "educational" and aiding early development. In fact, Baby Einstein, which was acquired by the Walt Disney Company (um, red flag anyone?), now offers a full refund for any of their videos purchased since 2004.

Probably unbeknownst to the millions of parents who bought these DVDs, the American Academy of Pediatrics had long advised against putting babies in front of screens, citing many obvious reasons. Recently, however, the AAP has "evolved" its policies to include a world of ubiquitous digital communication--one in which "children first play with a mobile device when they are still in diapers." [2]

The AAP's latest update abandons its "no screens" rule for children under 2, offering a more nuanced approach in which babies are allowed to use screens for two-way communication such as Facetime. For older kids up to age 5, the recommendations are vague, suggesting "more parental involvement" and interaction with the content, which should be "quality." What constitutes quality is left unsaid.

The AAP does suggest that families devise a media plan to regulate media use. You can read the guidelines here. While most people agree that children should not stagnate in front of media for too long, the AAP doesn't advise against using screens for interactive learning and homework. It does, however, recommend that parents validate so-called educational apps by using resources such as https://www.commonsensemedia.org.

So, where does all this get us in a world of screens that seems to be taking over our children's attention spans and reducing them to zero? Unfortunately, not very far. I have written about the negative effects of ceding authority to digital devices, and how the increased presence of screens is altering the brain development and mood of young people.

Even if parents can pry devices away from kids at home, they can't stop the ubiquitous glow of tablets in school. Dr. Nicholas Kardaras recently took the educational tech industry to task, calling its call for more screens in schools a $60 Billion Hoax. He cites "over two hundred peer-reviewed studies that point to screen time correlating with increased ADHD, screen addiction, increased aggression, depression, anxiety and even psychosis."

What, then, is the solution? The solution is pretty simple given that there is still a world of people and things out there. Kids need to experience it, as they say, IRL.

[1] The effects of infant media usage: what do we know and what should we learn? Dimitri A Christaki, University of Washington. See http://echd430-f13-love.wikispaces.umb.edu/file/view/Pediatrics+article.pdf