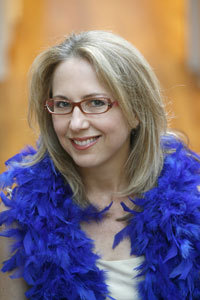 The email came in with a simple header: "WTF?" Let's just say it was from someone "close to the organization," with this news: Internet research company Jupitermedia just scooped up Mediabistro for $23 million. Pretty nice payday for the media job site/message board/information hub/mini-university/blog network that grew over a decade out of Laurel Touby's brainchild: The little cocktail-party media networking group that could.

Flashback to a year ago: Last June, Gawker reported that Touby was talking up the possibility of an MB sale, hoping to drum up interest. Last August, AdAge reported that MB was on the auction block, being courted by "several suitors." In November, Gawker picked up word from the Web 2.0 conference that MB was still shopping itself around, for a cool $25 million. Doree Shafrir observed that there was a difference between Web 1.0 companies — bloated and a bleeding money pit for venture capital companies, and Web 2.0 companies with innovative ideas kept lean before selling out for the big payoff. Said Shafrir: "Now it seems as though Mediabistro is trying to convince everyone that they're also a Web 2.0 company, even though, well, they're not. Oh Laurel. LaurelLaurelLaurel. When will you ever learn?"

When, indeed. Guess Touby's eating a lot of crow over that $2 million differential — or is that everyone else? Here's Gawker's disbelieving headline: "Mediabistro Sells For $23 Million, And It Is 1997"; you can almost hear perennial Gawker editor/media observer Choire Sicha bonking his head against a wall, especially since he covered-her-when back in the bloggy heyday of 2003/2004, when boas were to be mocked mercilessly (as opposed to now). Sicha points out that MB gets 50,000 unique visitors a month, which comes out to $38 for every person who visited the site last year. Says Sicha: "We don't know what to say except: Wow. Holy hell, wow. There's something really wrong with the economy." Or, as media critic Ankush Khardori currently has up in his Gmail tagline: "$23 million? You've gotta be kidding me." Or, as Tom McGeveran put it succinctly over at the NYO: "Now it is time to die."

But hold on. It's not 1997 anymore, and in the intervening years Mediabistro has grown — a lot. Call me biased (and you will, because I got my start in blogging there at FishbowlNY), but what it is has now is quite distinct from 1997, or from January 2002, when I snuck away from my law firm to attend my first (of four) MB classes. In '02, it had the jobs board, featured content, classes and parties spreading out to various cities; in 2007, it has a stable of high-quality blogs (TVNewser, people, never mind publishing GalleyCat and the Fishbowls, DC, LA and NY - see aforementioned bias) plus an exponentially expanded network of seminars, classes, and events in cities across the country, and still remains the go-to jobsboard for seekers and posters (for high-level positions as well — the Village Voice advertised for its managing editor position there; Glamour advertised for a website editor there; and there are always listings from the networks, like this fun one from FoxNews). Plus its morning newsfeed, is still hands-down one of the most useful shortcuts to getting the day's media news out there. Perhaps most illustrative, though, is how the company was boiled down in the Times headline: "Web Site For Job Seekers Is Sold."

All that said, with the exception of TVNewser, Mediabistro has failed to establish itself as an A-list player on the media side, even with great people manning the blogs and being in the enviable position of being the point of entry for raw, newbie talent before it moves on up the chain.* With that kind of access to so much talent, the site never really managed to mint any major names — again, except for TVNewser's Brian Stelter, who came to MB already established as a TV news phenom. The alumni network is impressive — as is Touby's rolodex — but with that kind of access it has failed to truly marshall alumni and friends in any measurable way. And, aside from TVNewser and the newsfeed, emailed out to over 100,000 people every business day, the site or blogs never managed to become the go-to place for news or really break out as a top-tier outlet.

Much of this, it may be said, was attributable to Touby, who, despite creating this impressive, growing company from the ground up is widely regarded with bemusement (cf. this Gawker headline from her former EIC Jesse Oxfeld, who was famously not a fan of his ex-boss: "Laurel Touby + Mediabistro = Universal Punchline"). I will not be breaking news when I note that she was known as being somewhat difficult as a manager,** but at any rate I will quote someone familiar with the organization on that point: "She has a reputation as not being a very effective manager, can be off-putting to a lot of people, seems to have a bit of her own ego involved (perhaps like most CEOs) and has failed to make that company what it ought to be: the monopoly, one-stop shopping site for every journalist in the country, for every one of their needs." 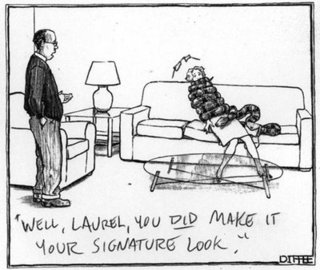 Even so, what Touby has built thus far has been impressive, and whatever managerial peccadilloes she may have, she has been extremely savvy about hiring talent. In her memo on the sale, posted on MB's front page and atop all the blogs, Touby lists many of the people who have contributed to the success of the site, but leaves out a few: Former MB editor Oxfeld, whose suggestion it was to recruit Stelter and buy TVNewser; his successor Elizabeth Spiers, who founded the blog network,*** attracted some top-notch contributors and significantly increased traffic; erstwhile employee David Hirschman, who spent years pulling together the clutch newsfeed, collecting headlines and synthesizing stories in the wee hours in order to go out in the a.m. first thing (and still does so today, along with FBNY editor Dylan Stableford); the bloggers who have inserted MB into the daily conversation across various cities and industries. Touby also cites MB lifer Taffy Akner, whose tireless outreach grew the course selection wildly, and Kyle Crafton, who Spiers called "one of the best managers I've ever worked with," and was responsible for keeping MB lean as per Shafrir's comment above and running a very tight ship (as - disclosure! - this blogger recalls from a few tussles over receipts).

Whatever MB may have been, it still remains something pretty substantial. Longtime contributor/dabbler Greg Lindsay jumps into today's comments fray on Gawker by noting that "Mediabistro isn't remotely an "internet company" in the mold of either Tech Bubble 1.0 or 2.0. It sells services to media companies and their prospective employees, using the Internet as a medium... Everyone obsessing over its traffic is missing the point." (Lindsay, ever-loyal, was also not mentioned but has been an MB editorial stalwart over the years.) Estimates of revenue are around $5 million — from internet-based revenue like ads but also from job classifieds and courses offered — i.e., not just from page views and unique visitors. If MB does indeed have plenty of unrealized potential — along with its current web presence and established infrastructure spreading across the country — then there is plenty of room for growth (this was pointed out by Gawker commenter LakeEffect : "Anyone else notice they just raised the rates for their job classifieds again, and no one blinked? Hello: they own that market").

And therein lies the opportunity, for someone who can see it. Is Jupitermedia CEO Alan Meckler that person? He's been in this space from the start (starting in 1994, according to Wikipedia) and knows a thing or two himself about selling out for a premium, seeing as he did it himself (hat tip: Krucoff). Who knows what side of the business he's looking to grow — in the NYT he's quoted as focusing on the jobs board, so that may not mean the bloggers can look forward to having an actual salary (though in his full statement on TheStreet.com he has a more general, all-inclusive nod to the creative/media side). But either way, today one thing is pretty clear: Laurel Touby isn't such a punchline after all.

*I will count myself as an example here, since I used to joke at Fishbowl that I was an inversion of Victor Kiam where MB was concerned. But friends from my first few MB classes have gone on to careers as novelists, journalists at major papers and magazines, and the odd internet personality (funfact: Julia Allison interned there for 9 months, apparently rather quietly).
**I will leave my own relationship with Touby out of it except to say that it was largely pleasant, and warm, and remains so.
***Except for GalleyCat, founded by Oxfeld.

Illustration by Matt Diffee for the New Yorker; caption by Tom Scocca of the New York Observer