Carlos Burle went big, and now, the pro surfer may go home with a world record.

The Brazilian big wave surfer rode a wave that may have been as high as 100 feet while off the coast of Portugal Monday for the 2014 Billabong XXL Global Big Wave Awards, CBS reports. If the feat is authenticated, he will have surpassed Garrett McNamara's 2011 record for biggest wave ever surfed by 22 feet.

But everything was not smooth sailing near the coastal town of Nazaré -- a favorite among big wave riders. Following the storm system that battered western Europe this week, massive waves and strong currents posed some risk to the surfers.

Just before Burle took his potentially record-breaking ride, he managed to do something that some believe is far more incredible: save another surfer's life.

Brazilian surfer Maya Gabeira was in the water with Burle when she hit a bump and broke her ankle. That's when she was pulled under, where she stayed for about 5 minutes. Finally, Burle spotted her, floating face down near some rocks, and managed to pull her to shore.

It was so strong. The waves were so big and it was a shorebreak. We got slammed... I don’t know how, but we made it to the beach. They started administering CPR immediately, and she coughed up a bucket load of water and she started breathing. Then they took her away in the ambulance. I was shaking.

Despite almost losing his friend, Burle decided to go back out and managed to catch one wave -- the last of the day. And he certainly made it count.

While Guinness World Records will need to certify the record attempt, if estimates are correct, Burle crushed the current record for largest wave surfed, which stands at 78 feet. McNamara actually achieved the feat in the same location in November 2011. 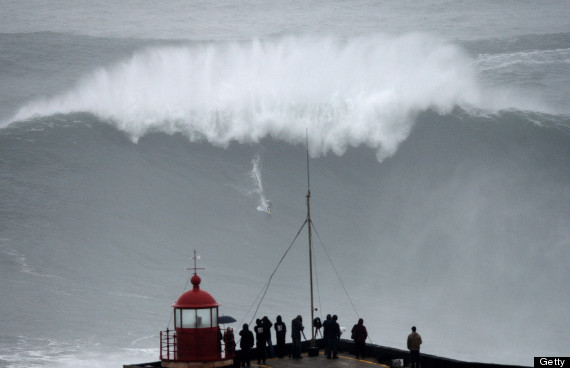 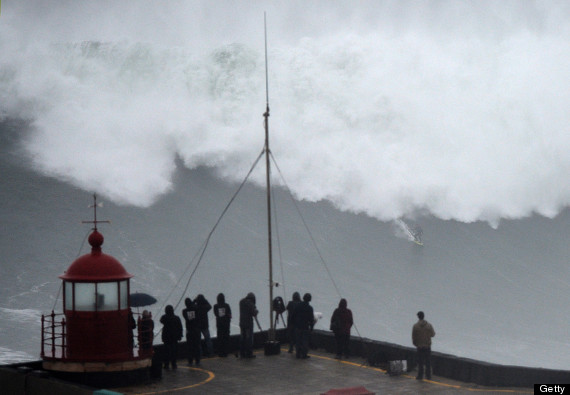