If you were stuck in traffic near West Covina, Calif. Sunday, you have a couple of lovebirds to thank for that.

Biker Hector Martinez proposed to his longtime girlfriend Paige Hernandez on the I-10 freeway with the help of about 300 other motorcyclists, which completely shut down the freeway for a few minutes.

In the YouTube video below, the massive biker pack can be seen slowing to a crawl underneath an overpass where the couple's family members had gathered to film the proposal. Martinez's wheel begins to emit a cloud of pink smoke, and then he gets off his motorcycle to pop the question.

A surprised Hernandez says "yes" immediately before hugging and kissing him, and in the background is the sound of hundreds of bikers cheering and revving their engine. In all, the proposal takes place and the bikers disperse in less than five minutes, but a line of cars can be seen backed up behind the spectacle.

"Only a handful of people knew what was going to happen," said Martinez in an interview with radio station Power 106 the next morning. He had been planning the stunt since October, and Hernandez was caught completely unaware.

She thought "it was just another Sunday ride," he added.

Why the freeway proposal? Because Hernandez had always dreamed she's be engaged "in the bike scene" but in the presence of her family, Martinez told BuzzFeed.

During the Power 106 interview, DJ Big Boy teased the couple, saying, "You're definitely going to jail."

The police haven't contacted Martinez yet, he told HuffPost, but he had heard through the grapevine that someone was probably going to get in touch with him about the incident.

"We planned everything to assure the safety of everyone," he continued. "Obviously it was illegal, but if you see the video, you can see that it was coordinated pretty well."

The California Highway Patrol, however, does not have such a rosy view of the proposal.

"It was just so unsafe what they did," said CHP Lt. Dennis Woodbury to HuffPost in a phone interview." I can't stress enough how dangerous that was. I'm very thankful that no one was involved in a collision."

Lt. Woodbury also described the pink smoke bomb as "a potential for disaster." Generally, a charge of impeding traffic would simply be an infraction, he explained. But because of the scale of the incident, the CHP is requesting that the District Attorney look into tacking on additional charges against the organizers of the proposal.

Currently, the incident is still under investigation, and any charges that may come are at the discretion of the District Attorney, not the CHP. For now, the couple is still celebrating their recent engagement and plans to take things slow. Martinez and Hernandez, both 24 and residents of the San Gabriel Valley, have been together about four years. Martinez said they plan on a two-year engagement to finish school. 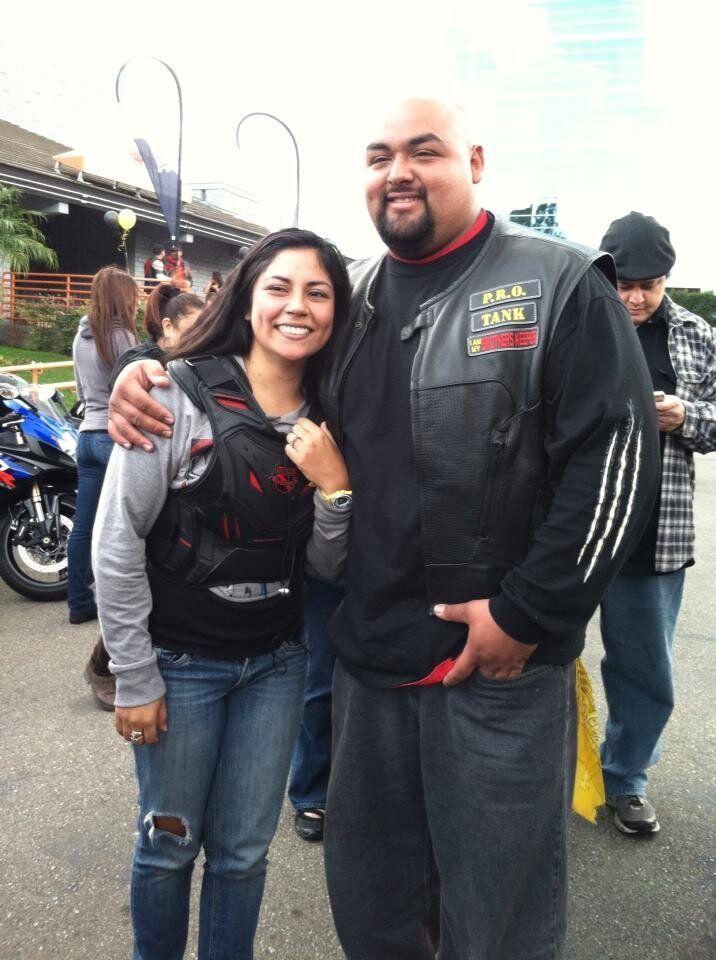 Biker Proposal: Hector Martinez, Paige Hernandez Engaged On I-10 Freeway (VIDEO)
10 Viral Wedding Proposal Videos
1 / 10
The Movie Trailer
<a href="http://www.dailymail.co.uk/news/article-1388501/YouTube-Greatest-Marriage-Proposal-EVER---Matt-Still-surprises-Ginny-Joiner.html" target="_hplink">Matt Still</a> proposed to his girlfriend Ginny Joiner in this movie trailer--in front of an audience of more than 100 cinema-goers. Matt's elaborate proposal was <a href="http://www.cnn.com/video/?/video/bestoftv/2011/05/30/exp.nr.movie.trailer.proposal.cnn" target="_hplink">even covered on CNN</a>. The video, posted in May 2011, has been watched 19 million times to date.