Bill Cosby's star on the Hollywood Walk of Fame was vandalized with the word "rapist," written several times in purple marker.

FOX 26 was the first to report on the status of the star, located in front of 6930 Hollywood Boulevard in Los Angeles, after a viewer sent in a photo.

The star was defaced amid multiple allegations of sexual assault against Cosby.

The Hollywood Chamber of Commerce told Variety it plans to have the star restored:

The Hollywood Walk of Fame is an institution celebrating the positive contributions of the inductees. When people are unhappy with one of our honorees, we would hope that they would project their anger in more positive ways then to vandalize a California State landmark. The star is being cleaned up at this time. 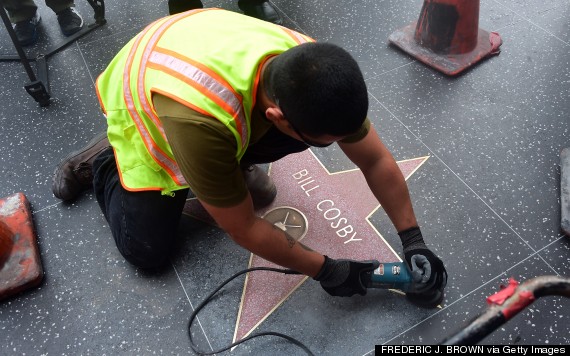