As the storm approached the East Coast on Monday, many media outlets considered the link between the hurricane and climate change vital to its coverage. While the connection was broached on social media sites like Twitter, the discussion did not get noticeable attention on cable new networks that were continuously covering the storm.

Bloomberg Businessweek, however, made the connection loud and clear with its cover story. Above a photo of a flooded, powerless city street, the headline "IT'S GLOBAL WARMING, STUPID" appears in bold, underlined text.

Bloomberg Businessweek editor Josh Tyrangiel tweeted, "Our cover story this week may generate controversy, but only among the stupid." 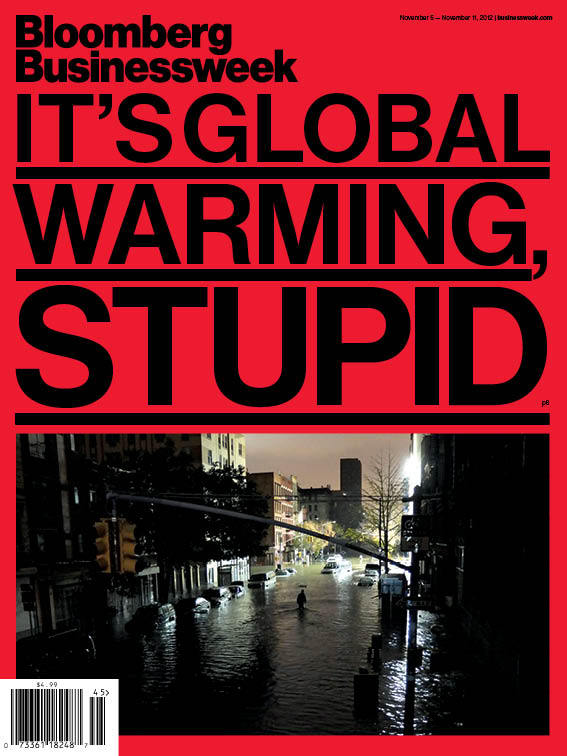