Nigeria's Boko Haram insurgents have pledged their allegiance to the Islamic State militant group in Iraq and Syria, according to an audio message published Saturday on Boko Haram's Twitter account.

In the recording, a man claiming to be Boko Haram leader Abu Bakr Shekau offers the group's support and says the militants will "hear and obey in times of difficulty and prosperity."

The statement could not be immediately verified by The WorldPost. The SITE intelligence group, which monitors extremist websites, said Saturday that the recording was posted to the Nigerian group's social media accounts.

‎Nigerian government spokesman Mike Omeri told Reuters that the audio message confirmed the government's previous concerns about Boko Haram's international ties. "It's why we were appealing to the international community ... Hopefully the world will wake up to the disaster unfolding here," he said.

Since 2009, Boko Haram has waged a violent insurgency in Nigeria, which has spilled into neighboring countries in recent months. Last year, Shekau declared the establishment of an Islamic state after his group captured a string of towns in northeast Nigeria. The militants have come under increasing pressure in 2015 as Nigeria and its neighbors have stepped up an offensive against the group.

The leader of the Islamic State militant group, Abu Bakr al-Baghdadi, last June declared himself the leader, or "caliph," of all Muslims and urged Islamist groups around the globe to unite under his authority. Militants in Egypt, Libya, Algeria, Yemen, Pakistan, Afghanistan and Saudi Arabia have since pledged allegiance to the group.

The practical implications of Boko Haram's pledge remain to be seen. The Nigerian group, primarily a local insurgency against the government, has long aspired to play a greater role in global jihadi networks. Yet Boko Haram has not set up structures of government in territories it captured, which the Islamic State made a key tactic in Iraq and Syria. Rather, its violent campaign of killing, kidnapping and suicide bombings has thrown northeast Nigeria into utter chaos.

On Saturday, four suicide bombings, thought to be the work of Boko Haram, killed over 50 people in the northeast Nigerian city of Maiduguri. 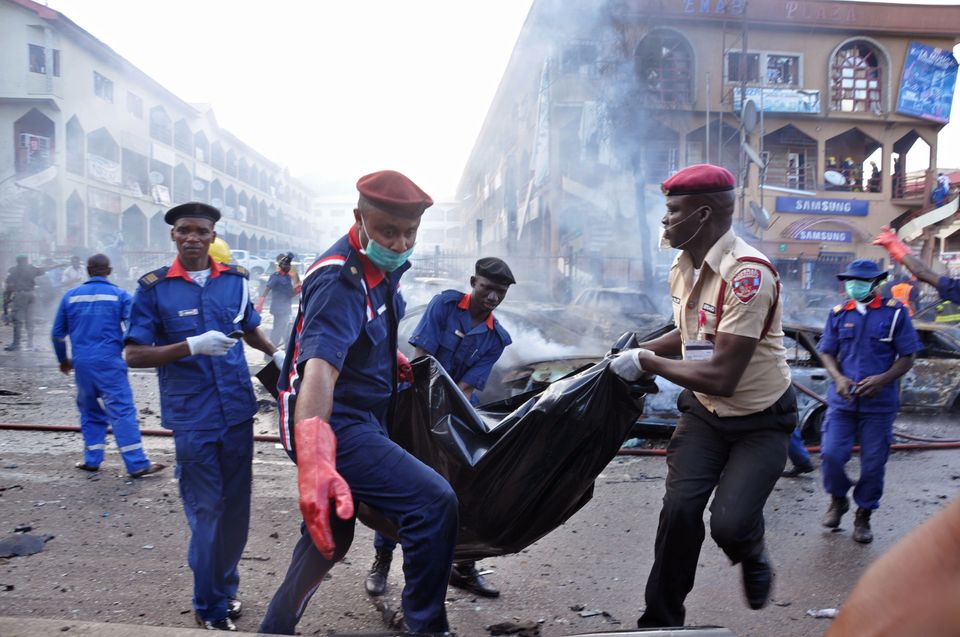