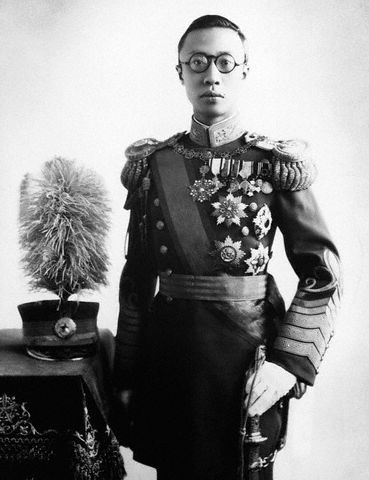 According to an article in the Times there are seven things Xi Jinping, China's new leader, wants to eliminate ("China Takes Aim at Western Ideas," NYT, 8/19/13). Amongst the items included in the mysterious Document No. 9, quoted by the Times are "western constitutional democracy" and "universal values" of human rights. Plainly Xi Jinping and other higher ups in the party want to have their cake and eat it too.

"Even as Mr. Xi has sought to prepare some reforms to expose China's economy to stronger market forces, he has undertaken a 'mass line' campaign to enforce party authority that goes beyond the party's periodic calls for discipline,"

the Times remarked, going on to quote Document 9 to the effect that

"Western forces hostile to China and dissidents within the country are still constantly infiltrating the ideological sphere."

Interestingly the trial of the disgraced Bo Xilai, who represented a more leftist stance has not contributed to a lessening of the party's hold over China. As the Times went on to comment,

"Relatively liberal officials and intellectuals hoped the ousting last year of Bo Xilai, a charismatic politician who favored leftist policies, would help their cause. But they have been disappointed."

The irony is that the family of Xi Jinping family has managed to amass a substantial fortune during his rise to power ("Billions in Hidden Riches For Family of Chinese Leader," NYT, 10/25/12) and if Bo Xilai trial represents a purging of an even more radical element then Wang Lijun, the reputed lover of Mr. Bo's wife Gu Kailai ("Dollop of Romance is Added to Intrigue at Former Chinese Politician's Trial," NYT, 8/26/13) Xu Ming and Mr. Bo are hardly the Gang of Four. Xu Ming ("China Boss's Fall Puts Focus on a Business Ally," NYT, 8/21/13) a billionaire and one of the richest men in China, channeled enormous amounts to Mr. Bo in order to that he might live in the style to which he'd become accustomed. So what Document 9 really celebrates is not a leadership that is returning to the ideals of the Long March but the ideals of latter day robber barons, the kind of "masters of the universe that Tom Wolfe documented in The Bonfire of the Vanities. The equation is a familiar one and ideology free, of high level connections equalling preferential treatment. In the name of the party, Xi Jinping is amassing a degree of economic and political power that's reminiscent of the great dynasties that ruled China before anyone had ever heard of Communism or Das Kapital.

(photo of Puyi, the last Emperor of China)

{This was originally posted to The Screaming Pope, Francis Levy's blog or rants and reactions to contemporary politics, culture and art}