More than one million people were murdered in Brazil between 1980 and 2011, making it the world's seventh most violent country, a survey showed Thursday.

Among those aged between 14 and 25, homicides skyrocketed 326 percent to reach 53 per 100,000 inhabitants, said the study published by the Latin American Studies Center (Cebela).

In 2011, Brazil, now home to 194 million people, recorded 51,198 homicides, ranked seventh among the world's most violent nations after El Salvador, the US Virgin Islands, Trinidad and Tobago, Venezuela, Colombia and Guatemala.

From 2007, the study highlighted a resumption of a surge in violence after a drop in the previous decade, attributed mainly to public disarmament policies.

The survey showed that violence in Brazil, once concentrated in major metropolitan areas such as Sao Paulo and Rio, has spread nationwide over the past 10 years to the hinterland of most states, especially in the north, a trend that coincides with the expansion of new economic hubs.

The study also showed most murder victims are men (women represent only eight percent of the total) and blacks (the number among them surged 30.6 percent to 35,297 in 2011 compared with a 26 percent fall among whites to 13,895 that same year.

Some 77 percent of young people murdered were Afro-Brazilians in a country where nearly 52 percent of the population is of African descent.

"This magnitude cannot be attributed to the continental size of Brazil," the study warned, pointing out that among the world's most populous countries, only Mexico comes close to Brazil with 22 homicides for 100,000 inhabitants.

The authors of the study blamed impunity (only five to eight percent of crimes are solved in Brazil compared with 80 percent in France) and insufficient efforts to combat a prevailing culture of violence.

And contary to a popular belief in recent years, most murders in the country are not linked to organized crime and drug trafficking but are perpetrated for trivial or impulsive reasons, they said.

Brazil, 7th Most Violent Country In The World, Had 1.1 Million Murders Between 1980 and 2011
Riots Continue In Brazil 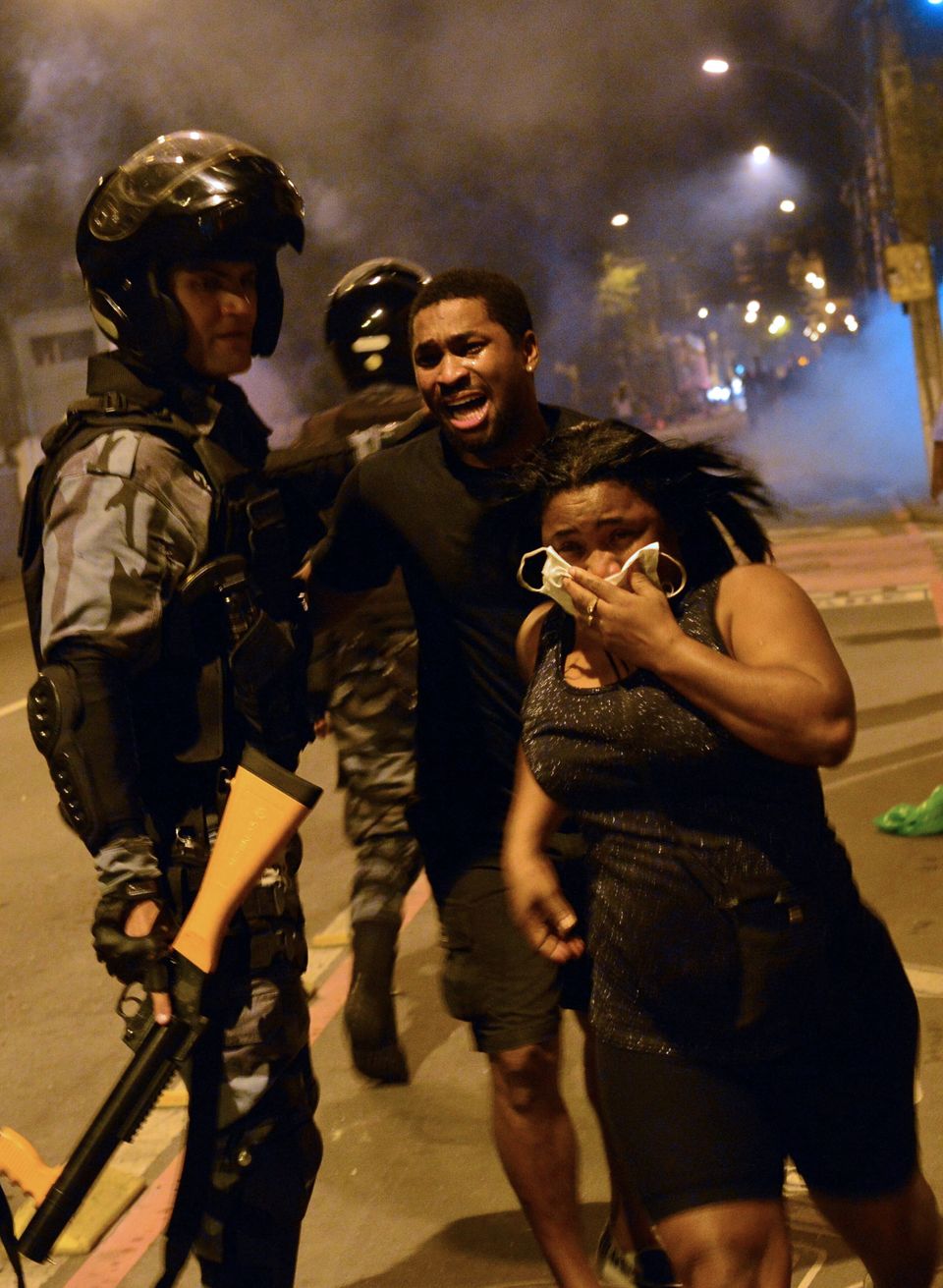 1 / 9
Pedestrians run past riot squad officers during a protest on a street near Maracana stadium in Rio de Janeiro, Brazil on June 30, 2013, a few hours before the final of the FIFA Confederations Cup football tournament between Brazil and Spain.
Getty Images