The irony of seeing Brian Eno's An Illustrated Talk during the Red Bull Music Academy: his microphone didn't work properly. Can you imagine being the tech guy for this event and experiencing horrific sound feedback from the sound amplification device for one of the most innovative producers in music history? 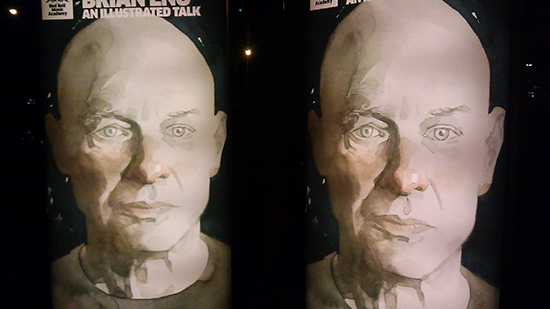 "Feel free to experiment with the sound," Eno told the packed crowd at Cooper's Union in NYC.

The term "Renaissance Man" would be a cliche to describe the entity which is Eno, whose career spans from playing with the perennial band Roxy Music to creating visual ambient art. For an artist who has proclaimed to the press that he never talks about his past work, it was a treat to hear Eno....talk about his past work. Especially in the heart of NYC, being that Eno states one of his most fruitful artistic period was between 1978 and 1984, when he lived and worked in the Big Apple. ("I happened to be in New York during one of the most exciting months of the decade in terms of music.")

"One of the great breakthroughs of evolution theory is that you start with simple things and they will grow into complexity," Eno said -- a statement that transcends everything he creatively lays his hands on.

Eno's lecture was a compliment to his Friday's art opening, 77 Million Paintings, an ambient-atmospheric audio/visual instillation that encompasses at entire room, and is equal parts experience as it is art.

"If you've had a stressful day, just sit in one of the couches and take it all in," expressed the representative at the door. The result is a bridge between music and painting.

If you are unable to experience the exhibit in person during the Red Bull Music Academy, plug in some Brian Eno ambiance music and take a look at the slides below: 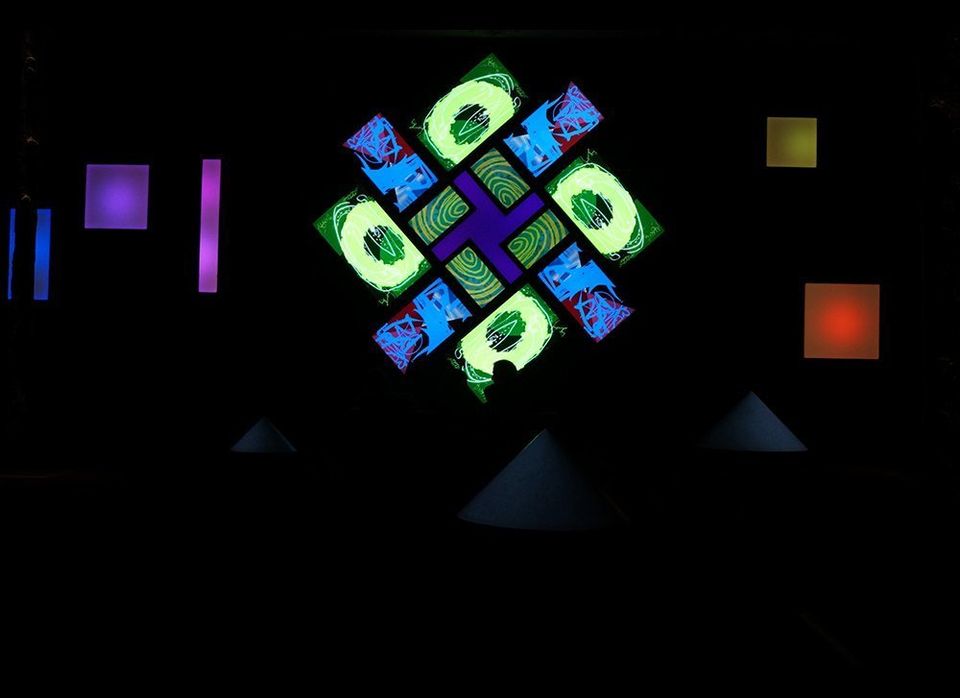