All of a sudden, Bryce Harper's ingrown toenail doesn't seem so scary. In just his second game back after dealing with the foot issue, the Nationals' 20-year-old star was involved in a frightening collision with the outfield wall at Dodgers Stadium on Monday evening.

Tracking a deep drive off the bat of A.J. Ellis in the fifth inning, Harper ran hard into the wall in right field. Harper, who seemed not to slow up as he reached and crossed the warning track, ran face-first into the wall and crumpled to the ground.

As a trainer rushed out onto the field and Ellie cruised into third, Harper rolled over onto his back. Although he seemed quite dazed as he lay in the outfield, he would eventually get up and walk toward the dugout under his own power. 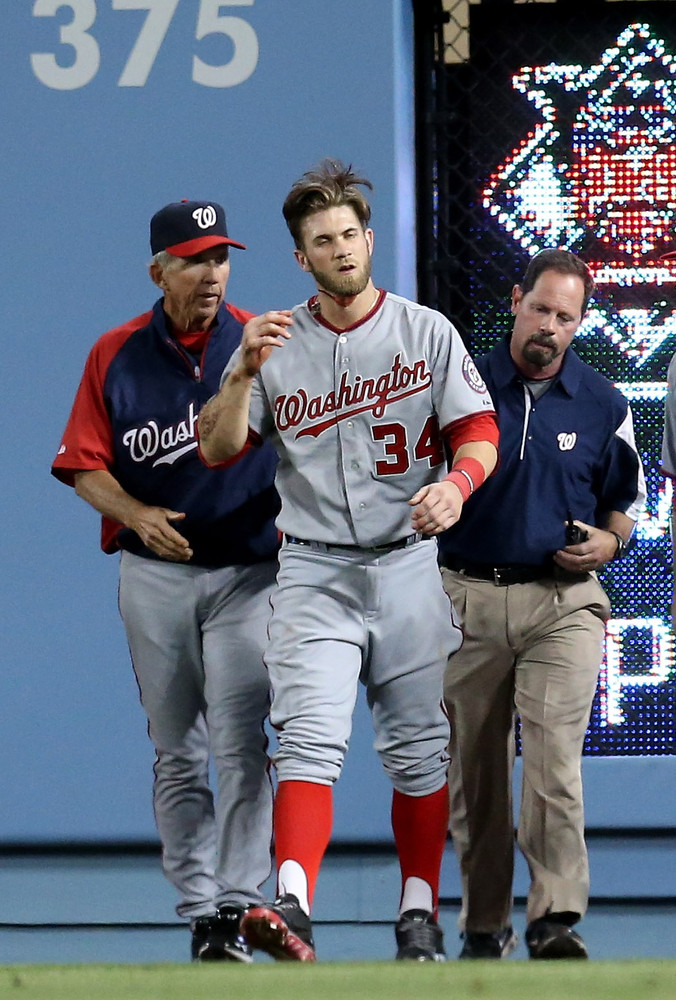 Harper had blood on his neck as he left the field. He would not return. 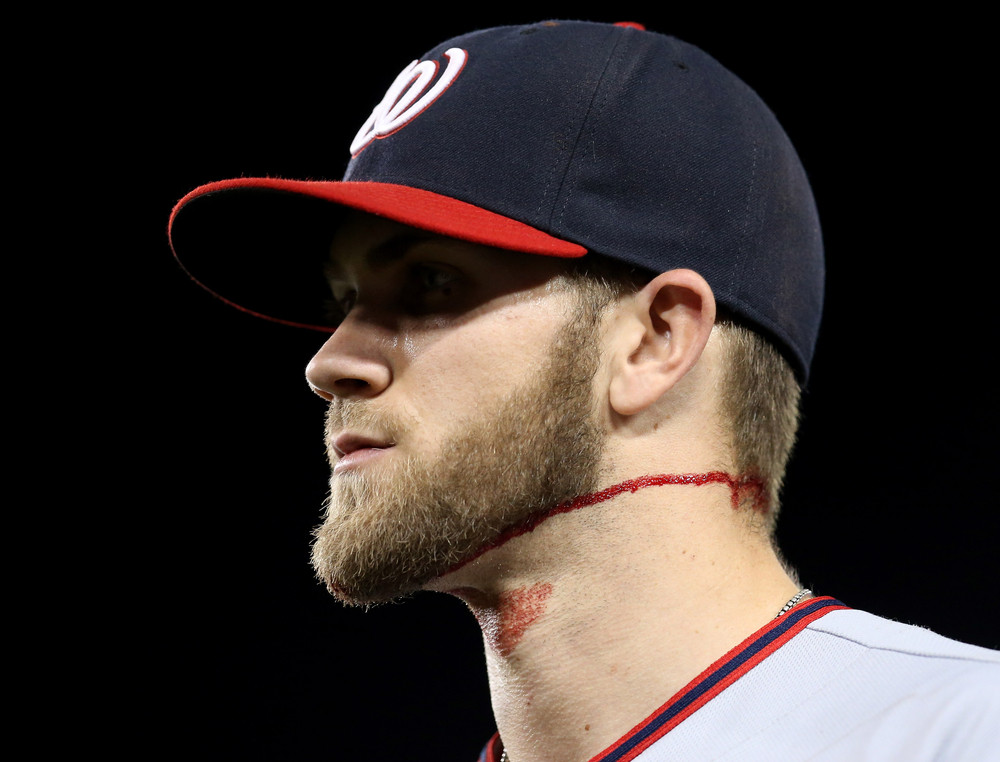 The Nationals went on to win 6-2. After the game, the team tweeted an update on Harper's condition.

Harper was examined, not diagnosed with concussion. Received 11 stitches

1 / 133
DeSean Jackson
Philadelphia Eagles' DeSean Jackson celebrates in the snow after a touchdown during the second half of an NFL football game against the Detroit Lions, Sunday, Dec. 8, 2013, in Philadelphia. (AP Photo/Matt Rourke)
AP