Stephen Sondheim ain't for sissies -- especially if you're a performer. His lyrics are smart and dense, and his music often veers into counter-intuitive rhythms and phrases. And, most importantly, his songs are character driven, and while they can certainly succeed in a presentational format, such as a cabaret show, it takes a certain level of performer to extract these numbers from the shows they originated in to make them "sing."

Thankfully, Joan Curto, who's celebrating 16 years as a beloved cabaret performer in Chicago, is such an artist. In celebrating the composer's 85th birthday, Curto has assembled a tight evening that doesn't shy away from some of the trickiest tunes from Sondheim's collection, including a clever opening number that mashes together "Something's Coming" from West Side Story and the opening number from Company. Another highlight includes a medley of all the various second act production numbers for the character Phyllis in the musical Follies. 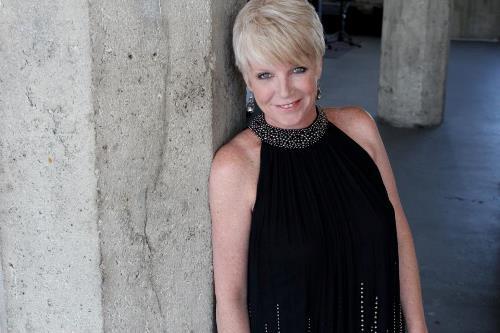 Curto has the world-weariness and nuance to lend credibility some of the weightier numbers, including a plaintive "Send in the Clowns," as well the sly playfulness that inspires "I Never Do Anything Twice" and "Can That Boy Foxtrot" -- both tunes that delight in double-entendre, and where Curto seems to do her best work.

The night I caught her act, Curto did seem a little off her game with her banter and a few of the more complex lyrical passages, but anyone who can recover a lost lyric in the twisty-turny "Could I Leave You" without the entire number crashing down around their ankles (I've seen it happen with this particular number before) is an artist with clout.

And when Curto is on her game, such as when she delivers her authoritative "I'm Still Here," stand back. Something is coming, indeed.

Joan Curto Sings Sondheim plays every Saturday in March at Davenports Piano Bar -- but is currently sold out for the rest of the run! However, the show is set to come back in September. Visit davenportspianobar.com for more info.