Antonio Villaraigosa is in a bind. As L.A. mayor, Villaraigosa often sided with unions and community groups against business interests. For example, he signed a "responsible banking" law -- which requires banks seeking to do business with the city to disclose their investment record in Los Angeles -- despite the opposition of industry lobbyists. However, when Villaraigosa left City Hall a year ago, he took a job as an adviser to Steve Sugarman, CEO of Irvine-based Banc of California (BOC), which has ambitious expansion goals. The bank now wants to buy 20 branches from Popular Community Bank (also known as Banco Popular) and enter the Latino market, but it is refusing to disclose its plans to serve low-income and minority consumers and communities.

Before BOC can purchase those branches, it needs approval from the Office of the Comptroller of the Currency (OCC), a federal bank regulator. Under the federal Community Reinvestment Act (CRA), the OCC is required to consider a bank's track record in serving low-income and minority consumers and neighborhoods. Surprisingly, BOC's application to the regulators provided few details about its past community investments, nor did it explain how it would work in the future with the Latino, Asian and immigrant customers that currently rely on Popular Community Bank. BOC has also refused to release a community reinvestment plan, which banks routinely do to spell out how they will address the credit needs of the communities where they do business. 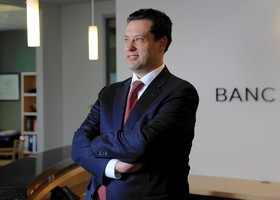 In response, a broad coalition of community groups wants to stop the takeover until the bank is more transparent with its commitments. Leading the campaign to hold BOC accountable is the California Reinvestment Coalition (CRC), an umbrella organization of over 300 community groups throughout the state. Using the federal CRA law as leverage, CRC has negotiated community reinvestment agreements with many other banks, including some of the nation's largest. These agreements have resulted in stronger communities throughout California. The CRC also led the charge to pass California's Homeowner Bill of Rights, which has reduced abusive foreclosure practices.

"We're worried about what could happen if the OCC approves the acquisition," explained Maria Cabildo, president of the East Los Angeles Community Corporation, a nonprofit group that builds low-income housing in Boyle Heights and a CRC member, "especially since the bank won't provide a public community reinvestment plan."

The advocates have good reason to worry. Louis Gittleman is the OCC senior licensing analyst responsible for reviewing the BOC application. In response to a question about the bank not publicly releasing a CRA plan, Gittleman outrageously told the Los Angeles Business Journal that "You must take that leap of faith that they do have all their plans in place."

The community activist groups that are challenging the bank's expansion plans have spent years rebuilding Los Angeles neighborhoods weakened by bank redlining and predatory lending. They understandably don't trust banks that have little history of working in low-income neighborhoods and won't even put their promises in writing.

Indeed, Los Angeles is littered with the debris of banks' risky and sometimes illegal practices -- subprime loans, predatory lending and foreclosed homes that destroyed the lives of families and stripped entire communities of their major source of wealth. L.A. homeowners lost about $79 billion in home value as a result of 200,000 foreclosures between 2008 and 2012. The community groups that belong to the California Reinvestment Coalition are understandably not ready to "take a leap of faith" with the banks.

Sugarman became CEO of Pacific Trust Bank in 2012 and soon changed its name to Banc of California. One of his first moves was to purchase Beach Business Bank of Manhattan Beach and the Private Bank of California, which caters to wealthy customers on the west side, and consolidate them into the Banc of California. The bank, which has over $4 billion in assets, has focused on affluent areas and customers, primarily in Orange County. Community activists say that BOC has little experience dealing with low-income and minority consumers and communities.

Sugarman has refused to meet with the CRC. Instead, the BOC is using all its substantial influence to isolate its critics and win OCC approval.

Last year it significantly increased its philanthropic donations in anticipation of its growth plans and the need to find allies among politicians and nonprofit groups. It solicited support letters from over 30 religious, social service, and community development groups, which looks impressive until one discovers that many of them have received charitable contributions and investments from BOC. Some even have BOC executives on their boards

To demonstrate its "commitment" to low-income communities, the bank last month announced a marketing partnership with USC's athletics program. At an event to launch the initiative, 100 children from the surrounding neighborhoods were gathered for pep talks and fitness exercises as well as "financial literary" classes, one of them taught by Villaraigosa.

But even Sugarman acknowledged that he viewed the USC connection as "an opportunity for the Banc of California to tap into the phenomenal USC alumni network as we look to grow our customer base throughout Southern California." The bank offers a new Preferred Membership bank account to USC fans, students, alumni and donors. The only hitch is that it requires a minimum balance of $25,000. The bank has no comparable "preferred" program for working-class customers and communities.

The OCC should deny Banc of California's application to buy the Popular Community Bank's branches -- or to buy any other banks -- until it sits down with the members of coalition to hammer out a transparent, community reinvestment agreement that spells out specific commitments.

Villaraigosa can help. When Sugarman hired him a year ago, the former mayor said he believed that "the goals of the bank are goals that are similar to my own -- there was a symmetry of interests." The current controversy between the bank and the CRC is the first test of Villaraigosa's new role and those sentiments.

As mayor and Assembly speaker, Villaraigosa had considerable success forging compromises in the midst of controversies. So far, however, he's been invisible on this issue.

Hopefully his new job involves more than providing Banc of California with political cover, but also includes giving honest counsel to the bank's leadership about what it means to be a strong community partner. He should push Sugarman to negotiate with the CRC to develop a community reinvestment plan that will strengthen L.A.'s neighborhoods.

Peter Dreier teaches Politics and chairs the Urban & Environmental Policy Department at Occidental College. His books include The 100 Greatest Americans of the 20th Century: A Social Justice Hall of Fame (Nation Books, 2012) and Place Matters: Metropolitics for the 21st Century (University Press of Kansas, 3rd edition, 2014). A shorter version of this article appeared in the Los Angeles Daily News.