The Sinquefield Cup in Saint Louis was promised to be extraordinary this year: the highest-rated chess tournament ever with many of the world's best players on hand. To the delight of Rex Sinquefield, the main sponsor, it got even better. 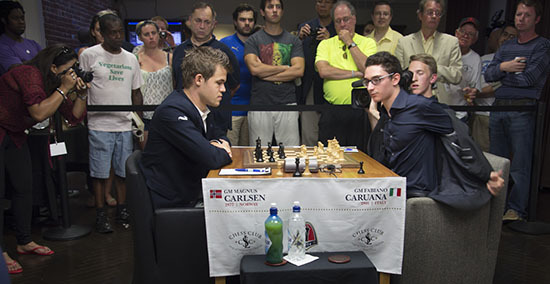 Fabiano Caruana, an Italian born in Miami, won the first seven games and finished the six-player double-round robin tournament three points ahead of the world champion Magnus Carlsen. It was one of the best results in chess history and it earned Caruana $100,000 first prize.

The string of chess victories took Caruana straight into the record books. The result of the 22-year-old Italian grandmaster was soon being compared to Anatoly Karpov's fabulous run in the 1994 tournament in Linares called the Wimbledon of Chess. After winning the first six games, Karpov finished undefeated with 2.5 point ahead of Garry Kasparov and Alexei Shirov, scoring 11/13. The 14-player field also included Vishy Anand, Vladimir Kramnik, Vassily Ivanchuk, Boris Gelfand, Judit Polgar, Gata Kamsky and other strong players.

Chess dominance is often measured by the margin of victory. The world champion Alexander Alekhine won the double-round robin in Bled, Slovenia, in 1931, scoring 20.5/26 and finishing 5.5 points ahead of Efim Bogoljubov. Bobby Fischer's perfect 11-0 score placed him 3.5 points ahead of his nearest rival, Larry Evans, at the 1963 U.S. championship. In 1970, Bobby won the Palma de Mallorca Interzonal with the margin of 3.5 points.

Fischer's string of 13 victories in the 1971 Candidates matches, defeating both Bent Larsen and Mark Taimanov 6-0 and winning the first game against Tigran Petrosian, is unprecedented in match play.

It is possible that Caruana may never repeat the result he achieved in Saint Louis. Karpov could never match his own result from Linares 20 years ago.

In the rating game, Karpov gained 34 points, Caruana 35 - an incredible feat in tournaments of such strength. With the rating leap to 2836, the Italian is rated second, just 27 points behind the world champion Magnus Carlsen.

Caruana achieved his victory with steady play and excellent opening preparation. He didn't appear to be nervous and he was calm when he spoke. And he is modest. No, he doesn't play like Karpov. Not yet.

Caruana's final result of 8.5 points matched Karpov's performance after 10 games. Veselin Topalov was their common victim and both grandmasters were able to make a decisive sacrifice on the square e6: Caruana offered his bishop, Karpov gave away a whole rook. 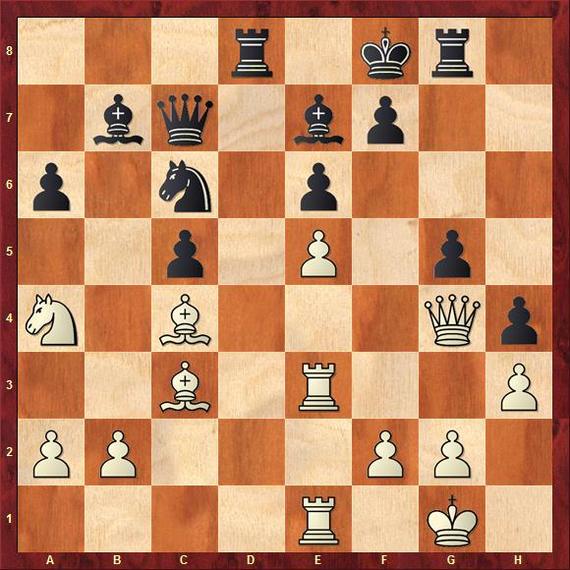 Nothing is more frustrating than to be ambushed after you have followed a promising plan to its logical end. Topalov spent a lot of time to bring his knight to the square c6, overlooking the demolition.

The bishop sacrifice opens lines to the black king.

After 25...Kg7 white has two ways to crack black's position: 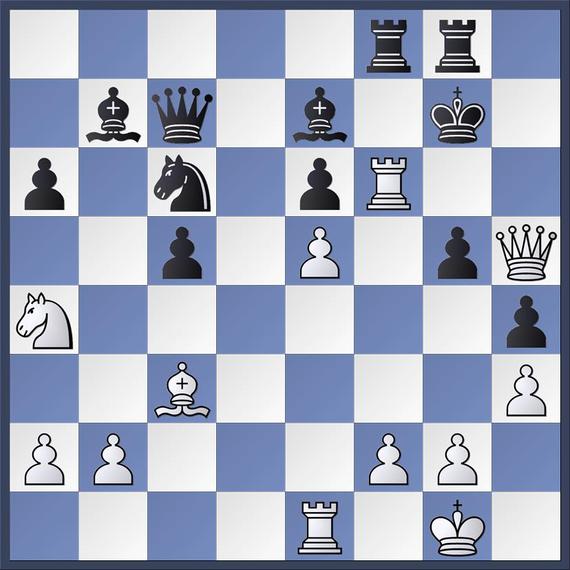 Black has problems with his rook on g8. 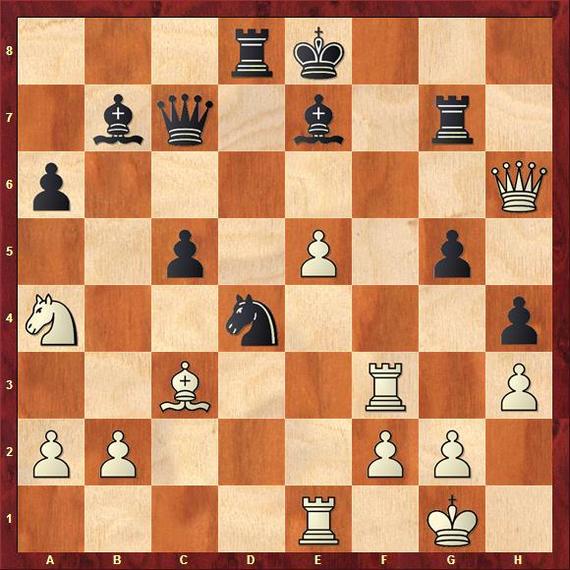 Hemming in the black king.

Karpov's sacrifice leads to more king hunts and he crowns his victory with another rook sacrifice. It belongs to some of his best tactical achievements. 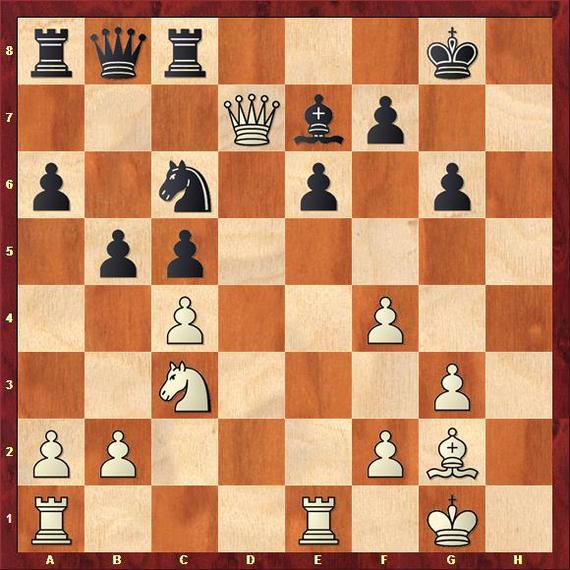 The rook runs amok since the black king is left to his own devices without good defenders. After 20.Bxc6 Ra7 black wins the bishop on c6.

White has enough material for the exchange and dominates the light squares. 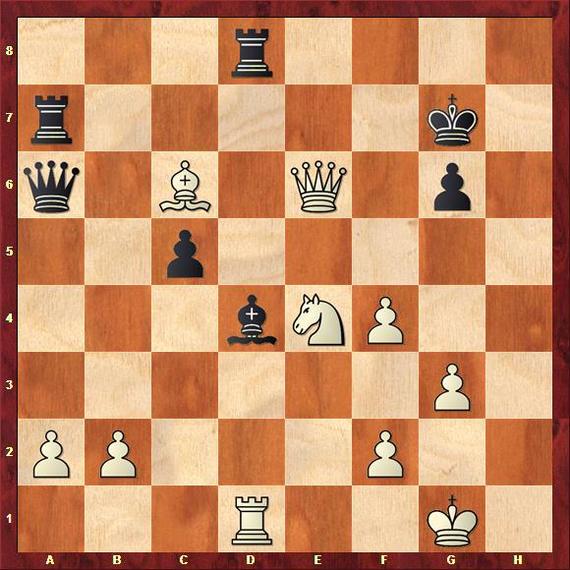 The double-exchange sacrifice eliminates the defender of dark squares.

Other moves do not help either:

During the Sinquefield Cup, Carlsen had to decide whether he was going to play the world championship match against Vishy Anand in the Russian coastal city of Sochi in November. In the end he signed. The sanction against Vladimir Putin's invasion of Ukraine do not apply to sporting events.

As the legendary Czech master Karel Opocensky used to say: "You can't play chess with a big noise in your head." Chess players, preoccupied by personal problems cannot concentrate properly. Perhaps one reason for Carlsen's less than stellar result.