Why combine Star Wars with reality? Because Star Wars is reality, after a fashion. After all, the greatest creations of science fiction are meaningful not because of what they reveal about the future, but about what they can tell us about the present.

French photographer Cédric Delsaux started out taking photos of what he calls "the peripheral zones" of modern cities - wastelands, empty deserts, scrapyards. Yet something was missing - and then he had the idea of placing characters from Star Wars into the images, giving C3PO and the Millennium Falcon modern settings that somehow seamlessly fit.

His haunting photos help us reflect on the urban environments of Paris and Dubai, the addition of a few stormtroopers and Darth Vader laying bare the effect of these domineering concrete landscapes.

George Lucas calls them "one of the most unique and intriguing interpretations that I have seen."

Some of the best pictures have been now compiled into a book called "Dark Lens," which recently became available in the U.S.. It's a beautiful and haunting piece of urban analysis, for architects and sci-fi fans alike.

We've selected some highlights from the book. Tell us what you think below. 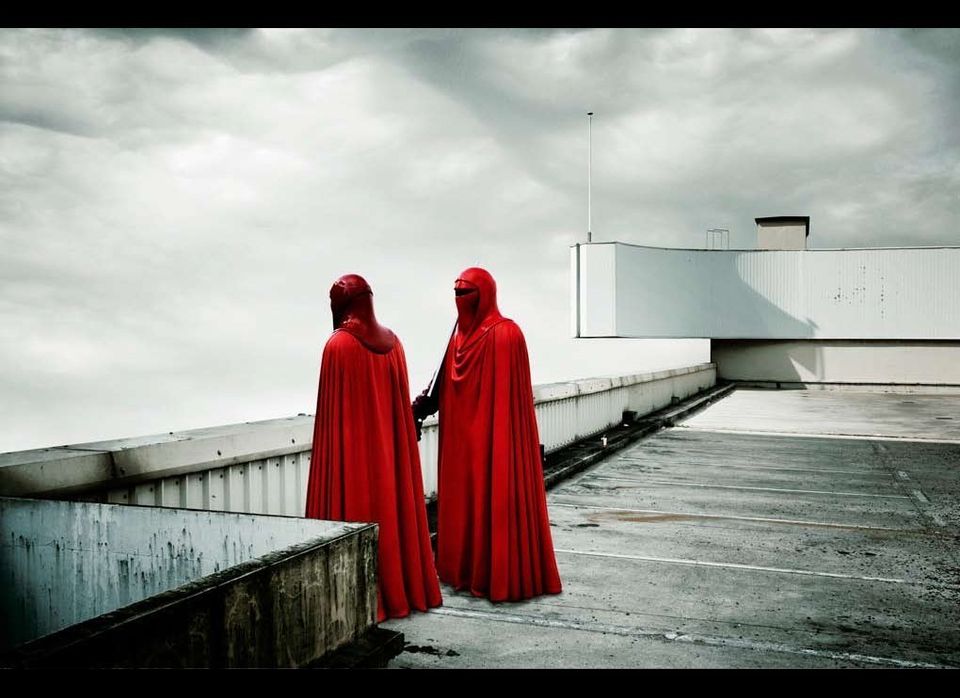