I recently discovered an amazing therapeutic community for addicts, the chronically homeless, and parolees in downtown Los Angeles that helps them build their own farm to grow food.

The Amity Foundation is a non-profit founded over 40 years ago that has communities in Arizona, New Mexico, and California dedicated to supporting the difficult transition from decades in prison or on the streets to a healthy, independent lifestyle. Amity focuses on life skills such and physical and emotional well-being, and how to find a job, to teach a very marginalized population how to live successfully on their own.

Most interestingly, Amity focuses on healthy eating and sustainability.

One of the staff members at the Los Angeles location, Juana Ochoa, envisioned an aquaponic farm on-site to allow students to grow their own organic food while learning a useful skill set. She contacted Anaheim non-profit Renewable Farms to help build the farm and was approached by The Symbiotic Life Project leadership team, who was looking for a way to give back to their community. Voila! the proposed farm was miraculously funded!

The goal of the Symbiotic Life Project is to inspire a sense of purpose in the residents at Amity while also leaving a legacy of sustainability and they have done just that in record breaking time. 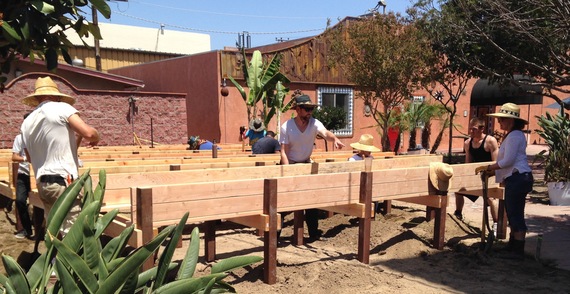 The beauty of aquaponic farming is that it is a zero-waste system and uses 90% less water than traditional agriculture, which is particularly helpful during the current drought. 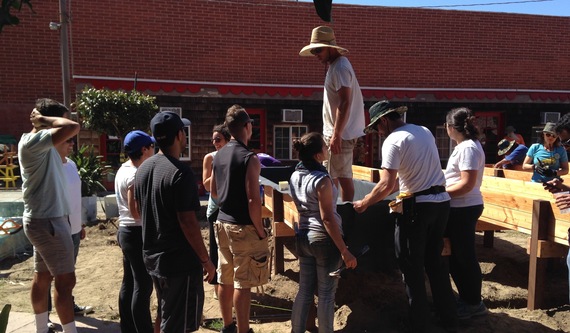 Plants are grown in raised beds of water which are pumped from an on-site fish pond. The fish create fertilizer which feeds the plants and the entire system is self-sustaining. Aquaponics have become increasingly popular in recent years in urban areas (and other nutrient-deficient soil areas) because of the sustainability and efficiency of the system. 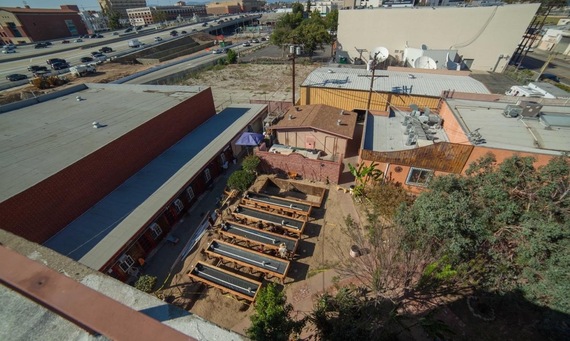 Not only will the farm drastically reduce the environmental impact that a comparable traditional farm would have, but it will produce 160 pounds of vegetables per month for the Amity residents. In addition, they use non-GMO seeds and organic farming practices so that the quality of the food is impeccable. 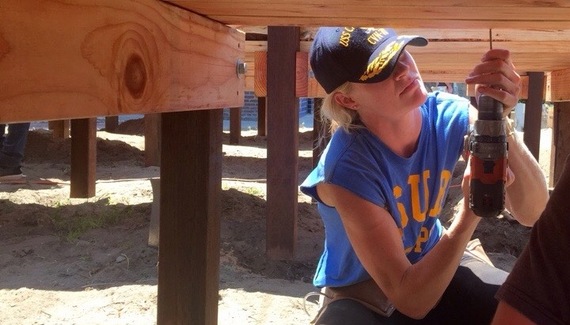 What is especially exciting is that the Amity students themselves are helping to build and maintain the farm. They will not only be able to take ownership of growing and preparing their own food but will learn the art of aquaponic gardening to take out into their communities once they leave Amity.

The Symbiotic Life Project leadership team is thrilled by the opportunity to not only create a farm with lasting impact, but also to meet and learn from the students at Amity. This project is the team's selected final component of a six-month emotional intelligence and leadership training program that has taught them the same principles that Amity teaches their students. Between creating lasting impact in the community and sharing in the educational journey of transformation, this farm is a win-win!

Bravo to everyone involved! Great work!