Is this Nigeria's newest superhero? Let's hope not.

In a YouTube video for his "What's Up Africa?" series, Nigerian-British vlogger Ikenna Azuike hails the arrival of Yeriman, a muscle-bound hero who protects the rights of Nigeria's "over-50 males who think it's OK to marry a 13-year-old girl."

The video is satire, of course, but the debate over child marriage in Nigeria is no joke.

Nigerian newspaper The Premium Times reports that a Senate vote over a constitutional amendment has sparked new concerns for child brides. The vote concerned a constitutional clause defining the age of majority at which Nigerians can renounce their citizenship. It specified that females should be considered fully of age regardless of their actual age if they are married. Senators introduced an amendment to remove this language and set the age of majority as 18 across the board. The amendment initially passed, but was reconsidered and voted down after Senator Amhed Sani Yerima, the inspiration for Yeriman, argued that it conflicted with Islamic law.

Though child marriage is still banned under Nigerian law, activists fear the vote sets a terrible precedent for discussions about the legal age for girls to marry. According to UNICEF, 39% of Nigerian girls currently marry before the age of 18.

Child marriage is a personal as well as a religious issue for Senator Yerima, who drew heavy criticism after marrying a 13-year-old Egyptian girl in 2010 at the age of 49. In order to keep within a religiously mandated limit of 4 wives, reports the AP, Yerima divorced a 17-year-old girl he had married when she was 15.

Yerima was accused of violating the ban on child marriage at the time, but he defended his decision as sanctified by Islam. "The Prophet Mohammed married at the age of nine, therefore any Muslim who marries a girl of nine years and above, is following the teachings of the Prophet," Yerima told Al Jazeera.

Nigeria's Muslim population is larger than that of Algeria, Morocco, and Libya combined, and 12 northern Nigerian states enforce some form of Sharia law. However, as the AP notes, scholars and groups interpret Islamic laws differently, according to their history and culture.

According to the BBC, Yerima led the charge for state-level Sharia law as the Governor of Zamfara State in the early 2000s, defending an interpretation that sanctioned the use of punishments like stoning and amputation.

Nigerians opposed to child marriage have taken to social media to condemn the actions of the Senate using the hashtag #ChildNOTBride. 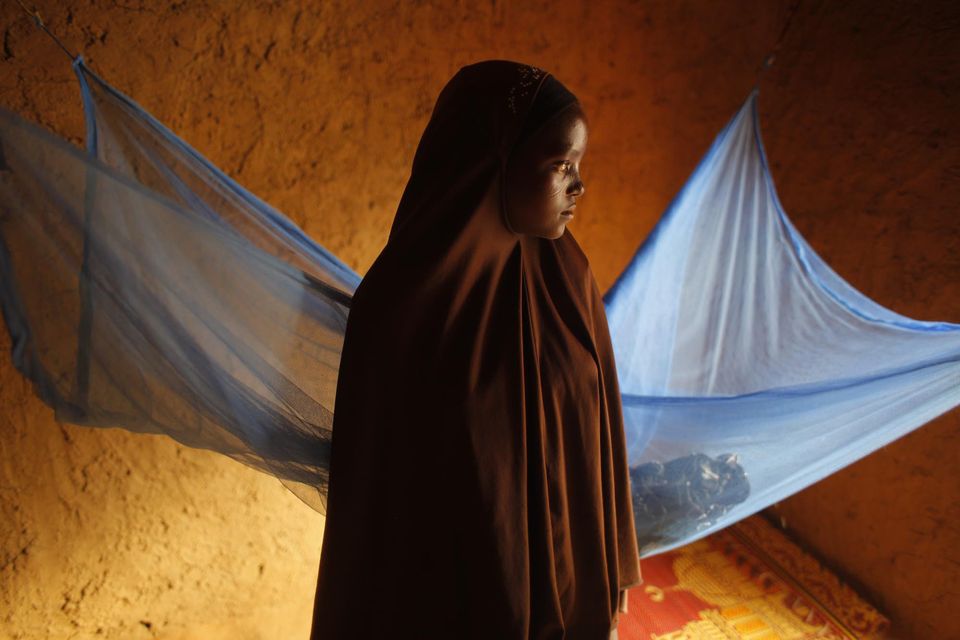