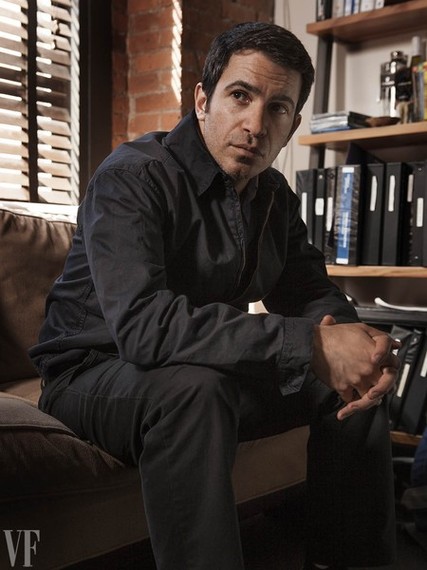 His acting career is percolating nicely -- featured role on a hit sitcom, parts in Oscar-winning films such as Argo and respected series such as The Newsroom -- but Chris Messina couldn't pass up the opportunity to direct a film of his own.

"It's something I always wanted to do," Messina, 40, says in telephone interview. "I did a lot of small, black-box theater in New York when I was starting out. I'd get a group of actors together to do workshops and readings. And I ended up directing three or four productions.

"As I've found a way I wanted to work as an actor, I had the longing to have the experience all the time. I decided to create a space or a playground for me and other actors to do just that."

The film, Alex of Venice, opening tomorrow (4/17/15), stars Mary Elizabeth Winstead in the title role: an environmental lawyer living near the beach in Los Angeles. Her job is her life - at least until the day that her husband, George (Messina), announces that he's had it with being the housewife and walks out.

Now Alex is left tending her social anxious 10-year-old and her aging-actor father (Don Johnson), who may be having more than simple memory problems when it comes to learning lines. Plus she's in the middle of a career-making or breaking case - and, once her husband leaves, she finds herself drawn to the charming defendant in the case (Derek Luke).

The clueless workaholic parent, suddenly forced to master the domestic arts, is a trope - but usually, that central character (who learns to appreciate life over work) is a man.

"I wasn't necessarily looking for a story about a woman," he says. "But this script spoke to me. The story deals with change. Some characters change because they've decided to, others have change thrust upon them. It's all of their stories.