Christina Aguilera rocked patriotic pants on the eve of Election Day in Hollywood, Calif. "The Voice" judge was escorted arm-in-arm out of restaurant Mozza Osteria by fellow judge Blake Shelton and boyfriend Matthew Rutler. While Aguilera, 31, is known for being vocal on the hit NBC singing competition, she's even more vocal about encouraging others to vote, having starred in several "Rock the Vote" public service announcements.

"It was really important for me to get involved and get excited about this election in particular, being such one of change and new development for our country and for the future of my son," Aguilera told People magazine in 2008. 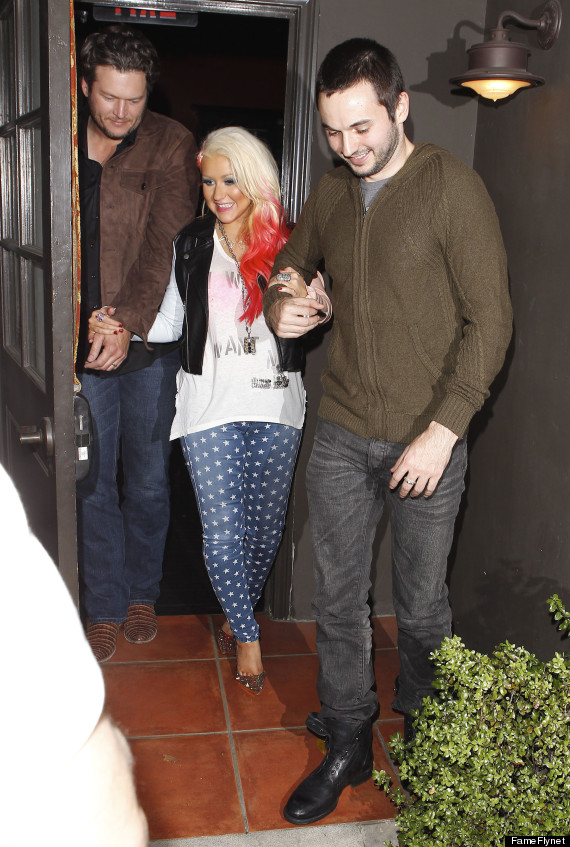