Much has been said about the side effects of FDA-approved eyelash enhancement drug Latisse, but is spokeswoman Claire Danes secretly suffering from an adverse reaction? Page Six writes, "a source claims that Danes' makeup artist has to plaster on concealer to cover the purplish and yellowish shade," and that the damage to the area around her eyes is pretty hard to cover up.

Claire's handlers told Page Six, "Your claims are entirely false. We will pursue legal action if you print anything to the contrary. This story should be killed." The folks at Latisse stayed calm, explaining Claire hasn't "experienced skin hyperpigmentation."

However, Claire does divulge in her Latisse video diary, "When I first started using Latisse, I did actually have a side effect. The skin around my eyes [was] a little bit red. That lasted for about a week. Since then, no, I haven't had any side effects."

The most common side effects after using Latisse are an itching sensation in the eyes and/or eye redness, which were reported in approximately 4% of clinical trial patients. Latisse solution may cause other less common side effects which typically occur close to where Latisse is applied. These include skin darkening, eye irritation, dryness of the eyes and redness of the eyelids.


...which is some pretty serious stuff. 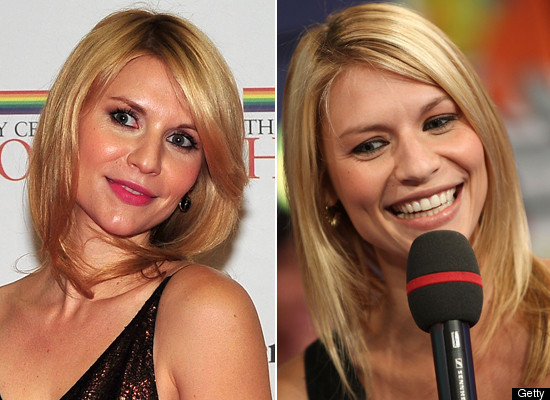