When I was a kid, the words "comic book" conjured images of muscular superheroes -- mostly male -- in tight-fitting bodysuits and dramatic capes, kicking and punching with a BOOM! BANG! POW! to save whatever pretty lady needed saving. Even as an elementary schooler, I was not impressed.

It never occurred to me that the sleek language of comics could be used to tell different kinds of stories -- stories less about kicking ass and more about, well, getting it. Fast forward to 2016 and the landscape of comics has changed immensely. Thanks to a new generation of comic visionaries, the genre has expanded to include more diverse stories from varied perspectives that don't involve so many goddamn capes! Thank the comic gods.

One such artist is Sarah Winifred Searle, a New England-born cartoonist, writer, illustrator and graphic designer bringing women's stories into graphic and gripping forms. Rather than focusing on violence or war or stealing cars, Searle's work revolves around relationships, often but not always romantic ones. What's more, these relationships are frequently non-normative, in that they include queer women, people of color, sexual women, diverse body types and -- get this -- real, complex emotions.

For example, one of Searle's recent comics, titled "Sparks," tells the tale of two women who fall in love in Edwardian England while working toward financial freedom. The artist deftly balances stimulating flirtation and heartwarming romance with political explorations of early feminism and 20th-century colonialism.

I reached out to Searle to discuss the details of her craft, her thoughts on the contemporary state of comics and how she makes her sex scenes so h-o-t.

You've been making comics since elementary school. What initially drew you to the medium?

Above all, I’ve always wanted to be a storyteller, but sometimes it felt like I’d have to choose between writing or art to do so. Prose wasn’t visual enough, but the pictures I drew needed more structure to communicate the epics I envisioned. Comics were the perfect format that allowed me to make the most of my interests and skills.

My early comics were very manga-inspired, stylistically, and I started self-publishing and selling them at a local comic shop when I was 16.

Who were the comic artists or comic strips you grew up with?

As a kid, I remember having limited access to them until I discovered my stepdad’s big collection from when he was younger. My favorites were "Classic X-Men," especially stories about the younger mutants, and "Conan the Barbarian," but more for the booby ladies than Conan himself.

When "Sailor Moon" hit North America, it changed everything. The anime was cool, but the manga blew my mind. I’d never read a comic that felt like it was made for me like that before, and it wasn’t censored like the anime was -- it had a different approach to nudity and sexuality that felt grown-up. From there, I was finally getting old enough to figure out how to find more comics in line with my interests, which happened through cool librarians and hip friends and a great local comic shop.

Was there a wide range of perspectives and stories represented?

While I read a lot of great books over the years, I could feel a gap growing as I realized how limited the perspectives in this media were. For example, no one’s bodies were fat like mine, at least not the heroines. The only fat characters were grotesque caricatures, villains or jokes. Seeing people like me treated so negatively did things to my subconscious that I’m still working to undo today.

Today, as a professional storyteller, representation is something I try to be very conscious about. I do my best to listen and learn from people with different backgrounds and experiences than mine, and to use what I learn to improve. I hope that by creating different kinds of comics with different kinds of characters, I’m helping create a new world where anyone can find reflections of themselves in media to reassure them that they’re worthy of leading their own stories.

When embarking on a new comic, what is the first step? Does it often start with an image? An idea? A storyline?

As vague as this sounds, it usually starts with a feeling. The best way I can sum up my work is to say it’s inspired by intimacy of all sorts -- connections between family, friends, lovers, even strangers -- and I usually begin a story with a goal for what kind of warmth and growth I’d like to depict. Sometimes I’ll also have some context in mind, such as setting or characters, but those aspects evolve pretty organically as I start crafting the big picture.

How do word and image interact in your work? Would you say that your images lead the narrative or vice versa?

I wouldn’t say either leads, but rather that there’s a careful balance. My work is really inspired pacing- and layout-wise by shoujo manga, which tends to have fewer panels and less text per page than Western comics. Facial expressions, body language, and moments of pause fill more visual space, but in doing that, the dialogue -- even if it’s sparse -- gains significant narrative weight. Because of that, I have to make sure it’s written extra well!

Comics come out looking so crisp and clean. Can you talk about all the steps that go into creating such a seamless final image?

I love making animated gifs of my process to show how that works! Here’s one of a page from “Better Than Fiction”, a short autobiographical piece that I made for The Secret Loves of Geek Girls.

Step 1: I write a script that breaks down what goes into every panel.

Step 2: I do very rough, tiny thumbnail sketches to figure out how I want to lay out the page.

Step 3: I do a tighter rough version on the computer at full size, a stage called "pencils" in comics, where I problem solve any poses, perspective, etc.

Step 4: Now it’s time for "inks," where I draw the final line art in Sketchbook Pro. It’s the simplest step, but it takes the longest because I have to make sure it turns out perfect!

Step 5: And then I bring it all into Photoshop for coloring, lettering, and polishing up.

I’d say I specialize in comics about relationships, which includes a wide array of non-sexual work as well, but queer and femme-centric erotica does hold a special place in my heart!

Are there certain other artists working in this genre that inspired you?

Gosh, I’m inspired by so many people. What got me really started on making my own erotica was Spike Trotman’s resurrection of Smut Peddler, a series of anthologies that collect stories by some of the greatest lady smut cartoonists. It features herself, Jess Fink, E.K. Weaver, Amanda Lafrenais, Niki Smith, Megan Rose Gedris, and so many other cool folks. This work is produced consciously separate from the straight male gaze, which dominates most mainstream sexual content and can be alienating to a lot of people. It celebrates different kinds of bodies and relationships and sexualities in fun, inclusive ways, and the actual stories are often just as good as the dirty bits.

When it comes to depicting sex, what are the advantages of working in comics? What are some of the setbacks?

A definite advantage is that while I can shape the pacing somewhat from my end, the reader ultimately controls it. Unlike with a video, which is cut according to what a director thinks people want, the reader can skim through the less interesting parts and linger on the most enticing panels as long as they wish. As with any medium, however, that way of experiencing something may not be everybody's cup of tea.

When creating a sex scene, what are the main things on your mind in terms of what you're trying to convey and communicate?

I go in with the mindset that sex itself isn't the point of my comics, but rather it's natural progression of a greater story. Even if it's a vignette where we only see that particular kind of moment between the characters, there are always ways to weave in context and add depth. Sex offers opportunities for character development and growth that are really unique and special. After all, when else do we see them vulnerable quite like this? And I want to make the most of that.

This mindset really helps with issues such as objectification. While it can be an interesting narrative device, it should be treated thoughtfully, and focusing on the characters as people instead of bodies mashed together really helps prevent the more explicit parts from falling into an impersonal gaze that may alienate some readers.

I feel like a lot of the tension and sexuality in a sex scene comes from a balance of revealing and concealing. How do you decide how much to show in a sex scene?

Oh, definitely! My approach of considering sex as story dictates what I decide to reveal and how. It may seem less titillating at first glance, but focusing on how tightly someone grasps their partner's hair can say a lot more than a gratuitous closeup of their genitals. It draws you into the intensity of the moment. Emotional engagement is hot!

And that's definitely not to say I'm not a fan of gratuitousness. It just has greater impact in moderation.

"Sparks" is the story of two women who meet and fall in love while working in service in Edwardian England, and their subsequent journey toward social and financial independence as they work toward a life together. It's been really fun to explore queer sexuality in the context of that era, and as a history nerd, I also get to do satisfying things like rage against colonialism and discuss the accomplishments and limitations of early feminism. It's currently being serialized digitally on Filthy Figments, with some exciting news coming soon! 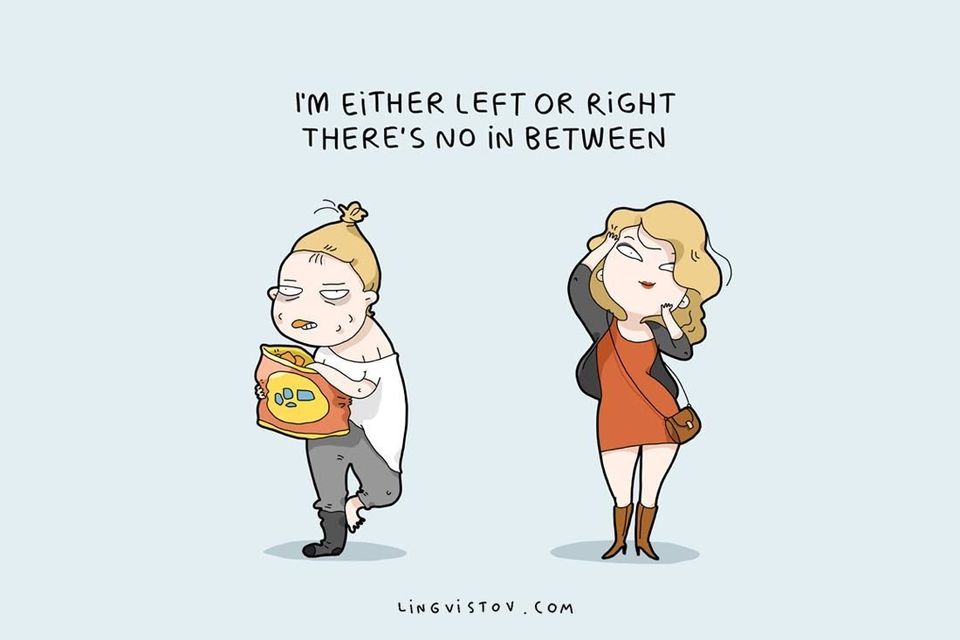